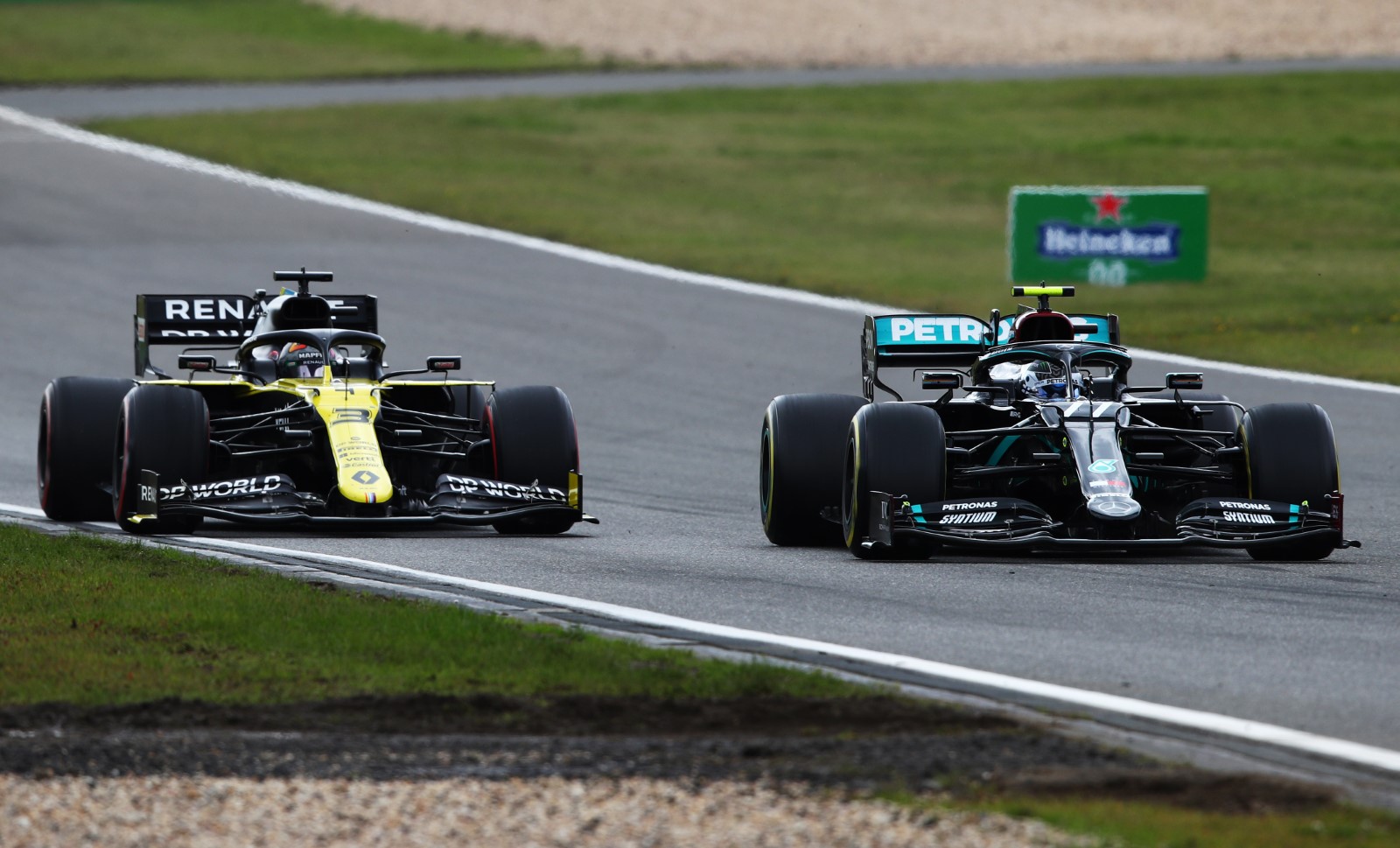 Renault’s Formula 1 boss says its performance at the Nürburgring means it has dispelled doubts it had over its high-downforce package, but is wary of the gap is still has to make to the front-runners.

Daniel Ricciardo fended off Racing Point’s Sergio Perez to finish third, his first podium since joining Renault, and the marque’s maiden top three of its current spell in Formula 1.

Renault has made substantial progress through 2020 and has scored fewer points than only Mercedes across the last five grands prix.

Its resurgence, aided by updates and a greater understanding of its R.S.20, has come after initially struggling for overall performance at higher downforce circuits in 2020.

Ricciardo took only eighth in Budapest while neither he nor team-mate Esteban Ocon finished inside the top 10 in Barcelona.

“I think after this race we did a demonstration that indeed it is a good all-rounder,” Renault team boss Cyril Abiteboul said of the R.S.20.

“We were coming at this track with some doubts at it is the first time since Barcelona we are using the extreme high downforce level.

“We have behaviour and some characteristics in terms of entry stability that have been a problem at tracks like Barcelona, like Budapest, so it’s not exactly the same type of track but same level of downforce.

“[The pace at] Mugello and in Sochi also, again this track was probably the last point that was missing to confirm that, so it’s a good indication of the level which is good for this type of position.”

Despite his podium finish Ricciardo had trailed leaders Lewis Hamilton and Max Verstappen by a sizeable margin at the Nürburgring, having been around a minute adrift when the Safety Car was deployed due to Lando Norris’ stoppage.

“Having said that, if you ask me what’s missing to be a regular podium contender let’s be clear, we are still missing one second or one per cent of competitiveness to be on the regular basis on the podiums.

“As much as there is lots of emotion and good vibes we also measure what the work we may need to do if we want to be on a regular basis with these types of emotions.”