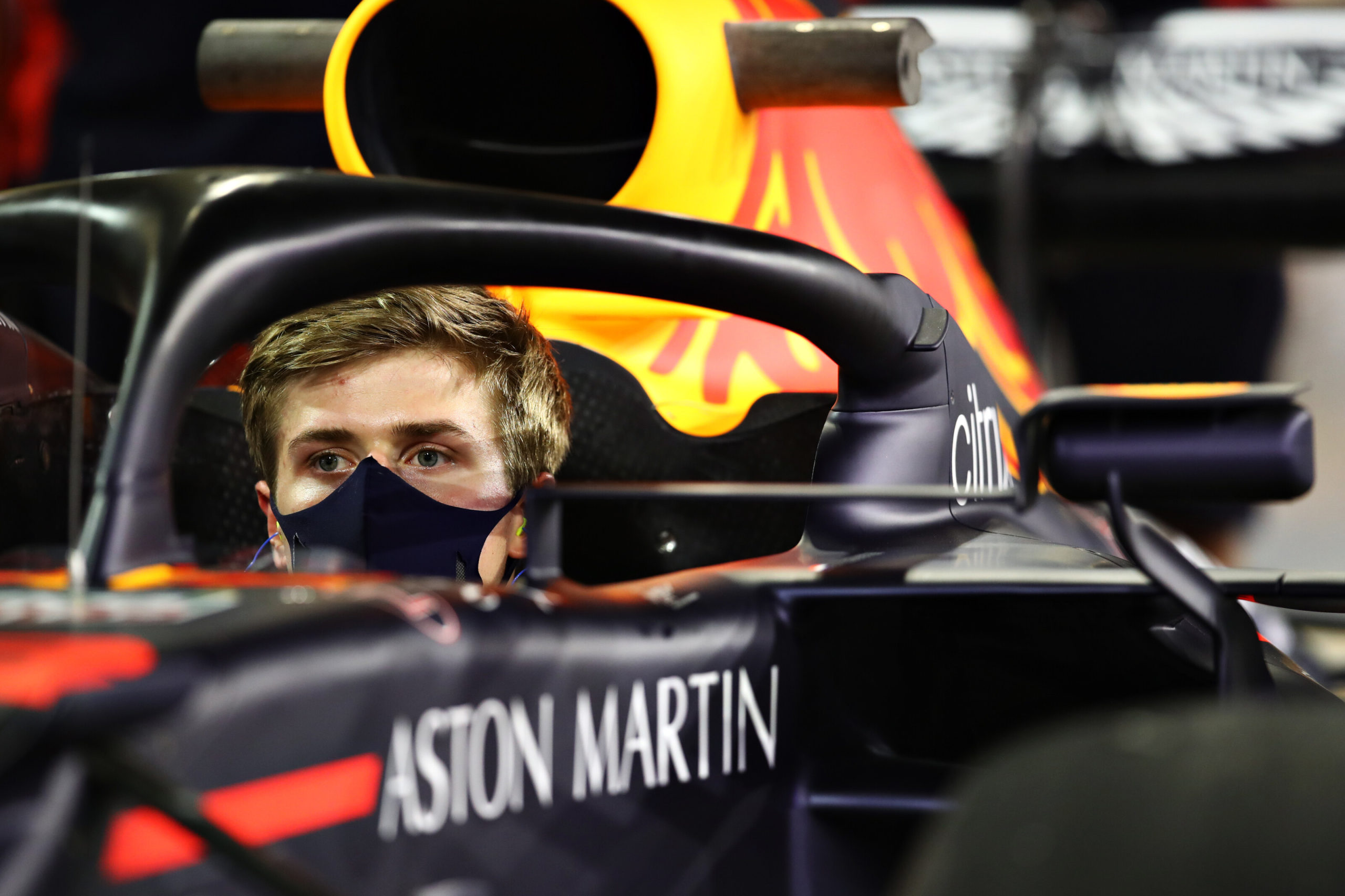 Red Bull Formula 1 junior Juri Vips is set to compete full-time in Formula 2 next year off the back of a disjointed 2020 season.

Vips joined Red Bull’s scheme in the closing stages of 2018 and in 2019 went on to finish fourth in the Formula 3 championship, as well as taking the runner-up spot at the Macau Grand Prix.

Vips was set to compete with the Honda-supported Mugen team in Super Formula this year but Japan’s tight entry restrictions owing to the Covid-19 pandemic wrecked his programme.

He has instead undertaken partial campaigns in Formula Regional and Formula 2, where he filled in for the injured Sean Gelael at DAMS, taking a podium at Mugello.

Vips has since filled the role of Red Bull’s reserve driver at a handful of grands prix, having completed a private test in the squad’s RB8, and will be on duty in the RB16 at Tuesday’s post-season test.

Red Bull has now confirmed he will compete in Formula 2 in 2021.

“He’s a member of the junior team, he’s a talent, for sure, he’s had a difficult year this year because he was supposed to race in Super Formula, it didn’t really happen for him, he got some races in Formula 2,” said Red Bull boss Christian Horner on Friday.

“He’ll be racing in Formula 2 next year.”

It is understood that Vips will compete for the Hitech Grand Prix squad for which he tested in Bahrain this week, linking up with regular Formula 3 race winner Liam Lawson.

Both of Hitech’s 2020 F2 drivers are set to move on, with veteran Luca Ghiotto poised to end his lengthy spell in the series and Nikita Mazepin joining Haas in Formula 1.

Only a handful of drivers have been confirmed for the 2021 Formula 2 season, with Prema retaining Ferrari-backed Robert Shwartzman and promoting Formula 3 champion and Renault junior Oscar Piastri to take the spot of champion Mick Schumacher.

Felipe Drugovich will move to UNI-Virtuosi while Ralph Boschung is returning to the series with Campos.

It is understood that Renault-backed Guanyu Zhou and Christian Lundgaard are likely to remain at UNI-Virtuosi and ART Grand Prix respectively.

Pourchaire made his Formula 2 debut for HWA in Bahrain but switched to ART, with whom he raced in Formula 3, for post-season testing.

Occasional Toro Rosso Formula 1 tester Sean Gelael, who has competed in F2/GP2 since 2015, confirmed earlier this week he will not return to the championship in 2021.