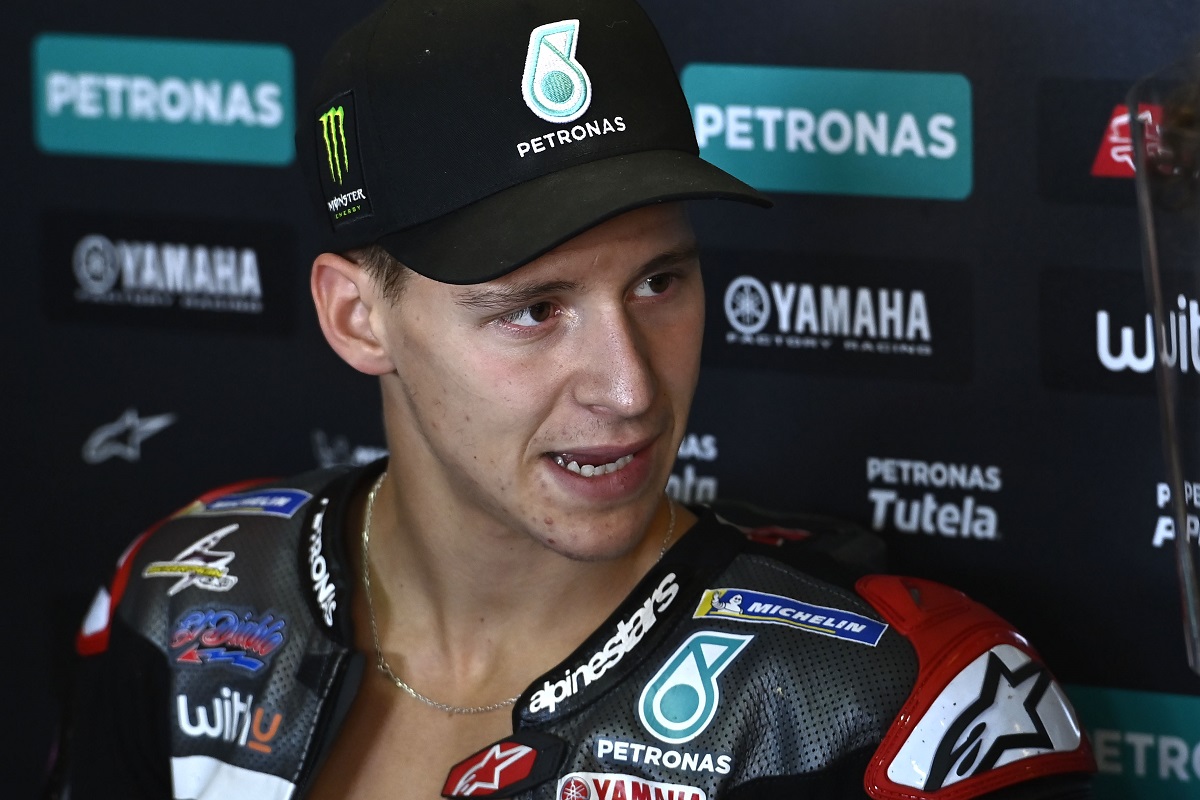 Fabio Quartararo says an overly high front tyre pressure during the Aragon Grand Prix meant he “couldn’t ride like I wanted”, limiting him to an 18th place finish.

The Petronas SRT pilot started the Aragon GP from the front after beating Maverick Vinales to pole position on Saturday, but ran into grip problems soon after the start and began to drop down the field.

By lap 15 he had fallen out of the points paying positions, before ultimately taking the chequered flag 21.5 seconds behind race winner Alex Rins, a result that also cost him the series lead after Joan Mir took third on his Suzuki.

Quartararo explained that the issue had been diagnosed as overly high front tyre pressures which the Frenchman labelled “strange”, adding that a problem of this nature normally only arises “in places like Malaysia and Thailand” that provide the challenge of extreme heat.

“We had an issue with the front tyre that we need to investigate, it was really strange that the pressure went that high in these circumstances because it’s normally in places like Malaysia and Thailand that we have this kind of problem,” said Quartararo.

“This meant I couldn’t ride like I wanted to, the first lap was OK but then from lap two the pressure went really high so it was out of the optimal window and that why I was struggling so much.

“The feeling over one lap is great, but the race speed over the weekend wasn’t that great.

“I had the speed to be fighting around the top five or six, but where we were was a disaster and it was so difficult to manage the front tyre as it was the first time I’ve ever had to ride the bike in that condition.

“First of all we need to work out what went wrong with the pressure, and then try to improve the consistency of the rear tyre as that’s also something we’ve struggled with this weekend.”

Quartararo insisted he wasn’t worried about losing the championship lead to chief rival Mir, declaring that he has “no pressure to win the title” as an independent racer.

“I’m feeling good, it’s not the last race next weekend we still have four races to go, this seems like a track where the Suzuki’s are going really well but we know Valencia will be a very strong track for us and I feel confident going there,” continued the three-time MotoGP race victor.

Mir’s newly-found points advantage stands at six over Quartararo heading into this weekend’s second Aragon battle, while Vinales and Andrea Dovizioso remain in close contention 12 and 15 points behind the ’17 Moto3 world champion respectively.