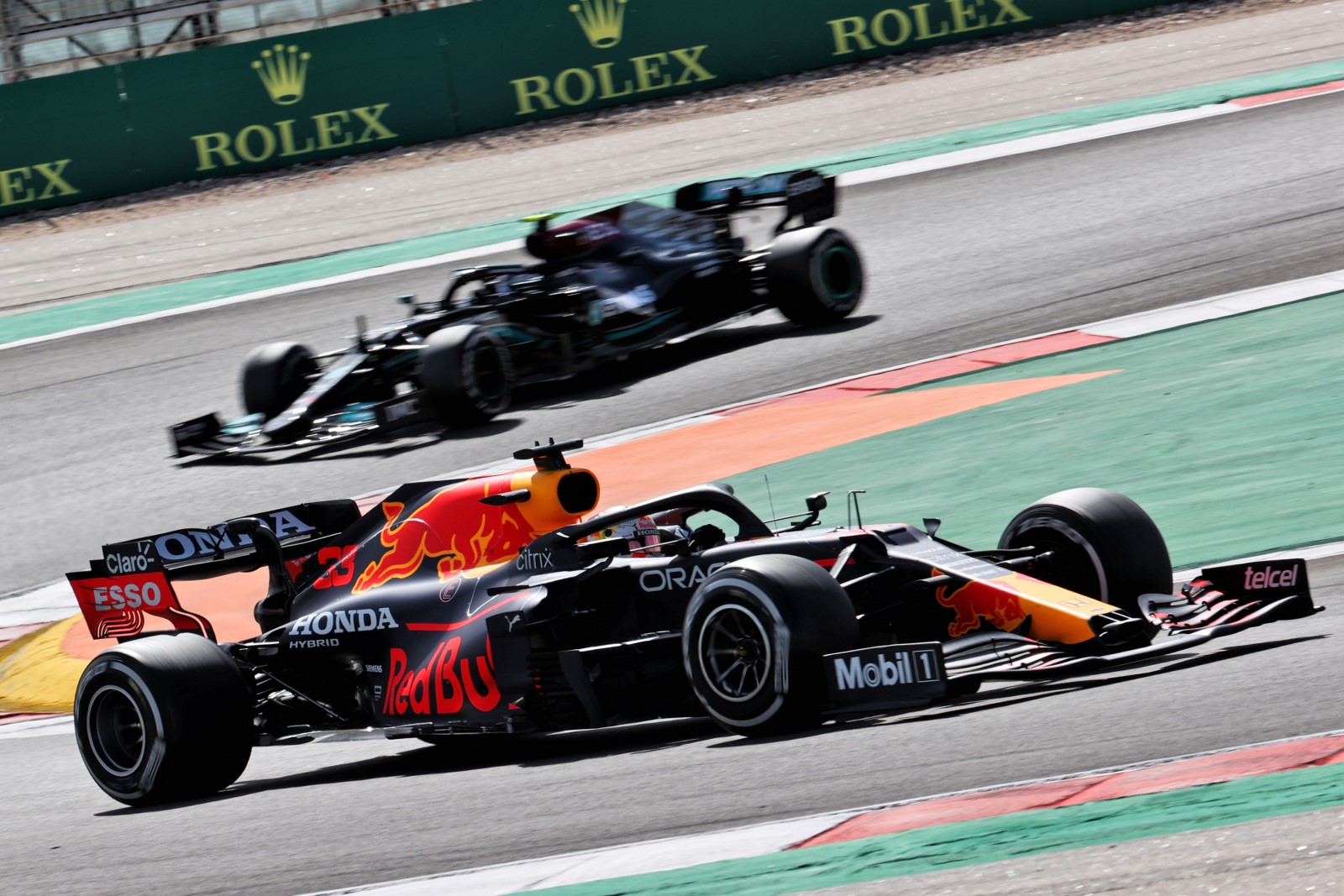 Max Verstappen says his desire to keep up with Valtteri Bottas triggered the small error that left him susceptible to Lewis Hamilton at Formula 1’s Portuguese Grand Prix.

Verstappen overhauled Hamilton at the restart at Portimao and attempted to keep Bottas in check – but suffered a slide through Turn 14 a few laps later.

Verstappen was duly overtaken by Hamilton, who went on to reel in and pass team-mate Bottas, while the Red Bull driver also got through on Bottas shortly after the pit stop phase.

“It was a good fight with Lewis into Turn 1, I managed to keep it on the kerb so didn’t have to give the position back like in Bahrain,” he said.

“From there it was just super close between the three of us and I tried to attack Valtteri but all the time I could not get close enough in those last two corners and the run into the straight.

“By pushing, I had a little wobble, but I didn’t really lose out a lot from that but Lewis was already super close behind and he got me into Turn 1.

“Then of course Lewis was putting the pressure on Valtteri and I just couldn’t stay close to Lewis for that, to also pick up the DRS. But it was close.

“I just tried to put the pressure on. Lewis cleared Valtteri, then I don’t know how many laps I was in Valtteri’s DRS, it was incredible!”

Despite trailing Hamilton to the chequered flag for the second time in three grands prix Verstappen expressed positivity regarding the result.

“Clearly we still have to improve and do better,” he said. “Still, second place, pretty happy with that.

“Good fights on the track, also with Valtteri after the pit-stop. It was quite close at Turn 4 because I washed out a bit. Anyway, quite a decent race.”