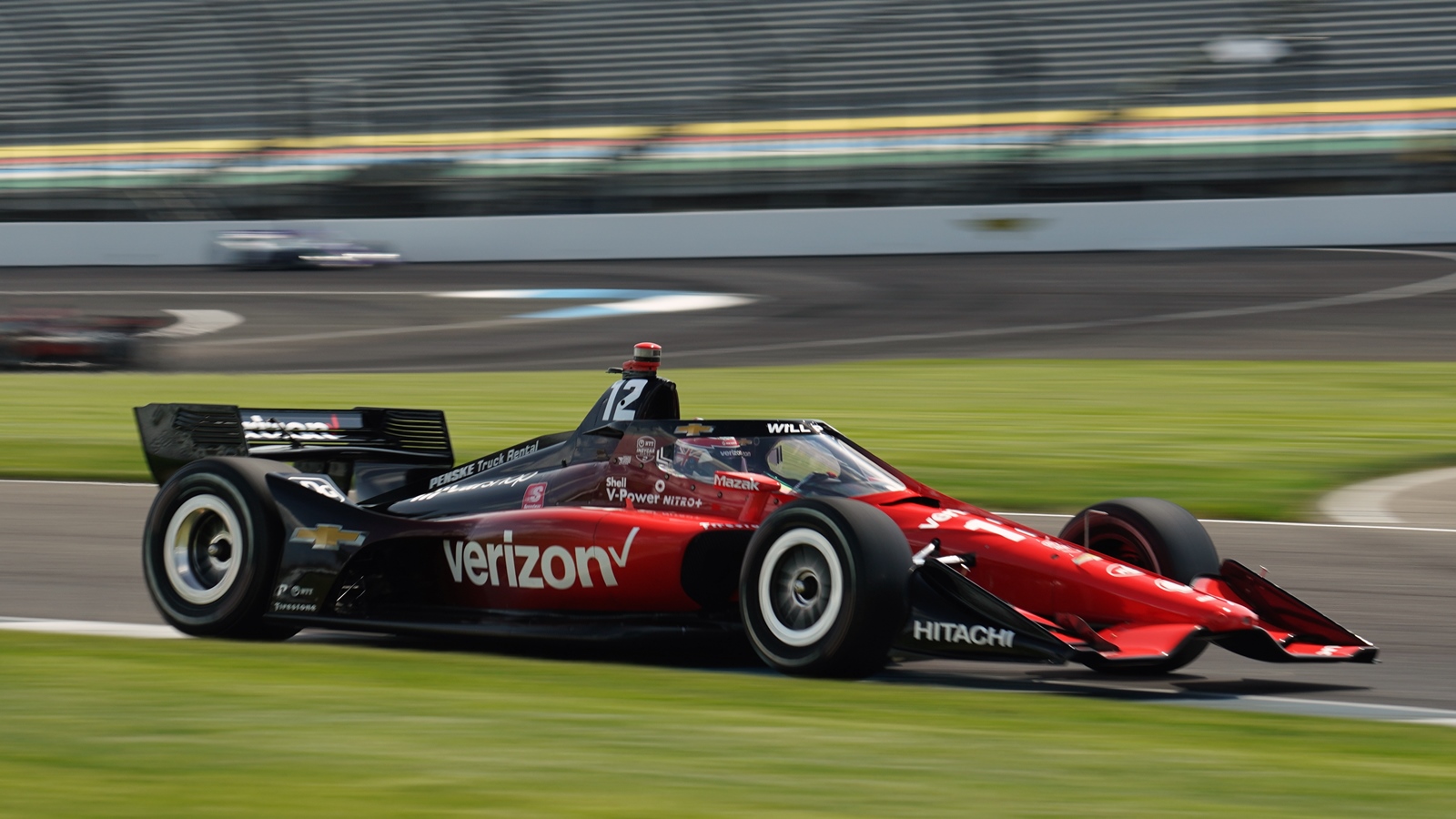 Will Power has taken pole for the GMR Grand Prix from the Indianapolis Motor Speedway road course, beating out Alex Palou as time expired.

The pole is Power’s 64th career pole, and places him just three behind the all-time leader Mario Andretti.

Palou held the top spot until the final lap of the Fast 6 session, but he will still have a good chance to take the top spot into the hard braking zone of Turn 1.

Josef Newgarden logged the third fastest time, and will start alongside the surprise of the day Conor Daly.

Daly looked like he might be able to take pole, but couldn’t quite get a lap put together on the faster, red-walled tires.

The Arrow McLaren SP duo both made the Fast 6 for the second consecutive race, and Pato O’Ward and Felix Rosenqvist will make up the third row of the grid on Saturday afternoon.

Graham Rahal and Romain Grosjean each advanced to the Top 12 session and will start the race near each other from 10th and 12th, which could rekindle their rivalry from the previous race at Barber.

Jack Harvey advanced into the Top 12 for the first time this year, along with his RLL team-mate Christian Lundgaard.  The two drivers ended qualifying in ninth and seventh respectively.

Colton Herta had a disappointing effort, which saw him narrowly miss out on advancing to the Top 12 segment.  The star driver will have to start Saturday’s race from all the way back in 14th position.

Rinus VeeKay and Scott Dixon also failed to advance past the first segment, and the two drivers who traditionally do well on this course will have to start from the back half of the field.

The GMR Grand Prix takes place Saturday afternoon at 3:00 PM Eastern, just as rain is predicted to roll into the area and bring chaos to the 2.44-mile road course.