Perez to get upgraded Racing Point at Eifel GP 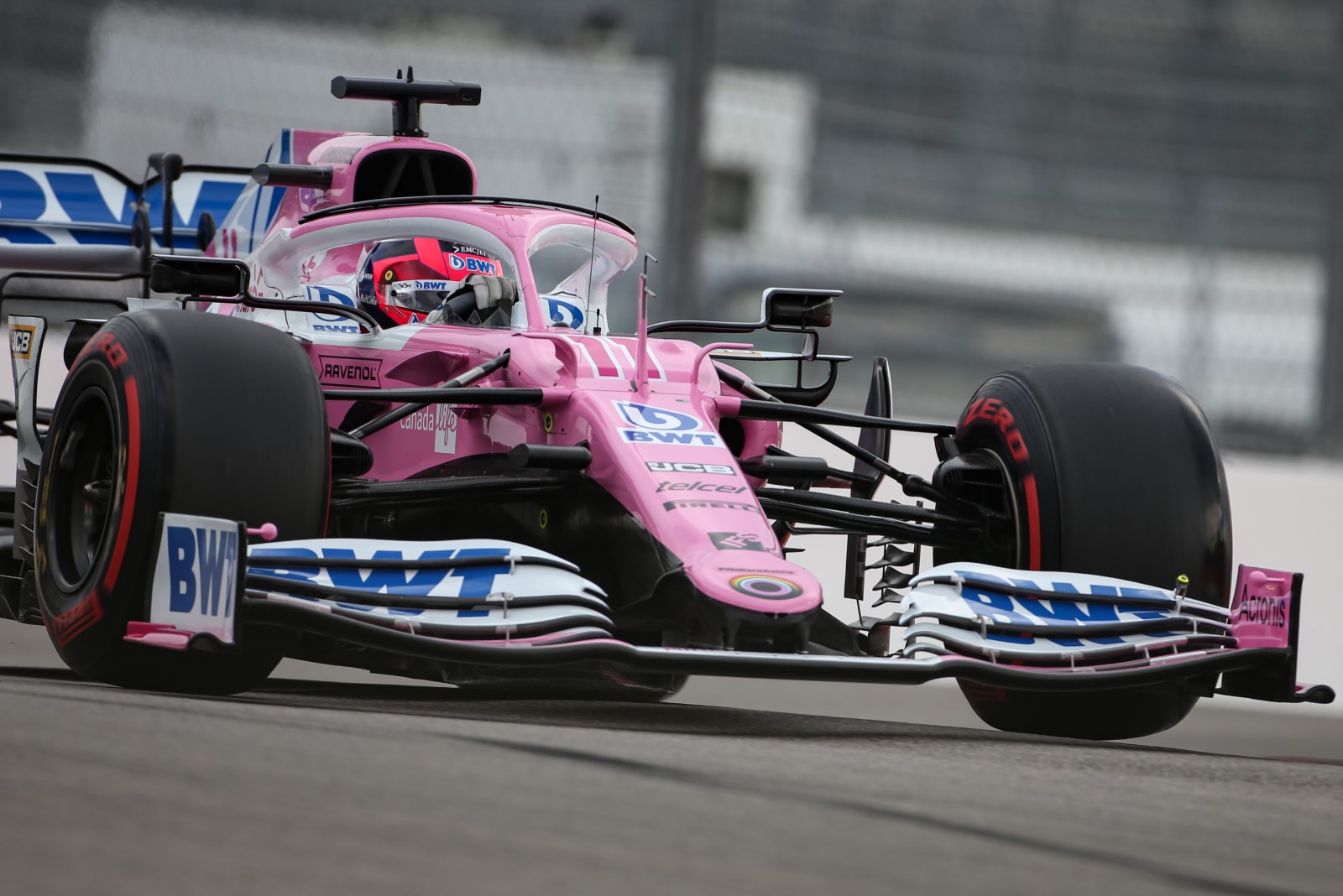 Racing Point brought a sizeable upgrade package to last month’s Tuscan Grand Prix, which it estimated to be worth two-three tenths of a second per lap, but was only able to ready it for Stroll.

Racing Point anticipated that it would be able to produce enough components in time for both cars to be fitted with the updated parts, and required spares, at the Russian Grand Prix.

However Stroll suffered a sizeable accident during the closing stages at Mugello, caused by a cut tyre, as he contended for the podium positions.

Stroll’s RP20 sustained substantial damage, losing all of the new parts, and it meant plans for both cars to be in the upgraded specification at Sochi were abandoned.

Racing Point was only able to prepare enough of the new parts for one car and Stroll – ahead in the Drivers’ Championship – was once more given priority.

Stroll’s prospects were thwarted by an overheating engine in qualifying that denied him a final Q2 run and he was then eliminated from the race after a first-lap clash with Charles Leclerc.

Perez qualified and finished fourth in the old-spec RP20, lifting him to ninth in the standings, just a point behind his team-mate.

Racing Point has now used the two-week gap between events to ready the upgraded specification for both drivers ahead of this weekend’s round at the Nurburgring.

Racing Point, which was docked 15 points over the investigation into its brake ducts, is embroiled in a tight three-way battle for third place in the Constructors’ Championship.

McLaren currently holds the position but is only two points in front of Racing Point, with in-form Renault just five adrift of the Silverstone-based outfit.

Vettel: ‘I have no regrets, but I failed at Ferrari’
Honda ‘proud’ of what it’s achieved in latest F1 stint