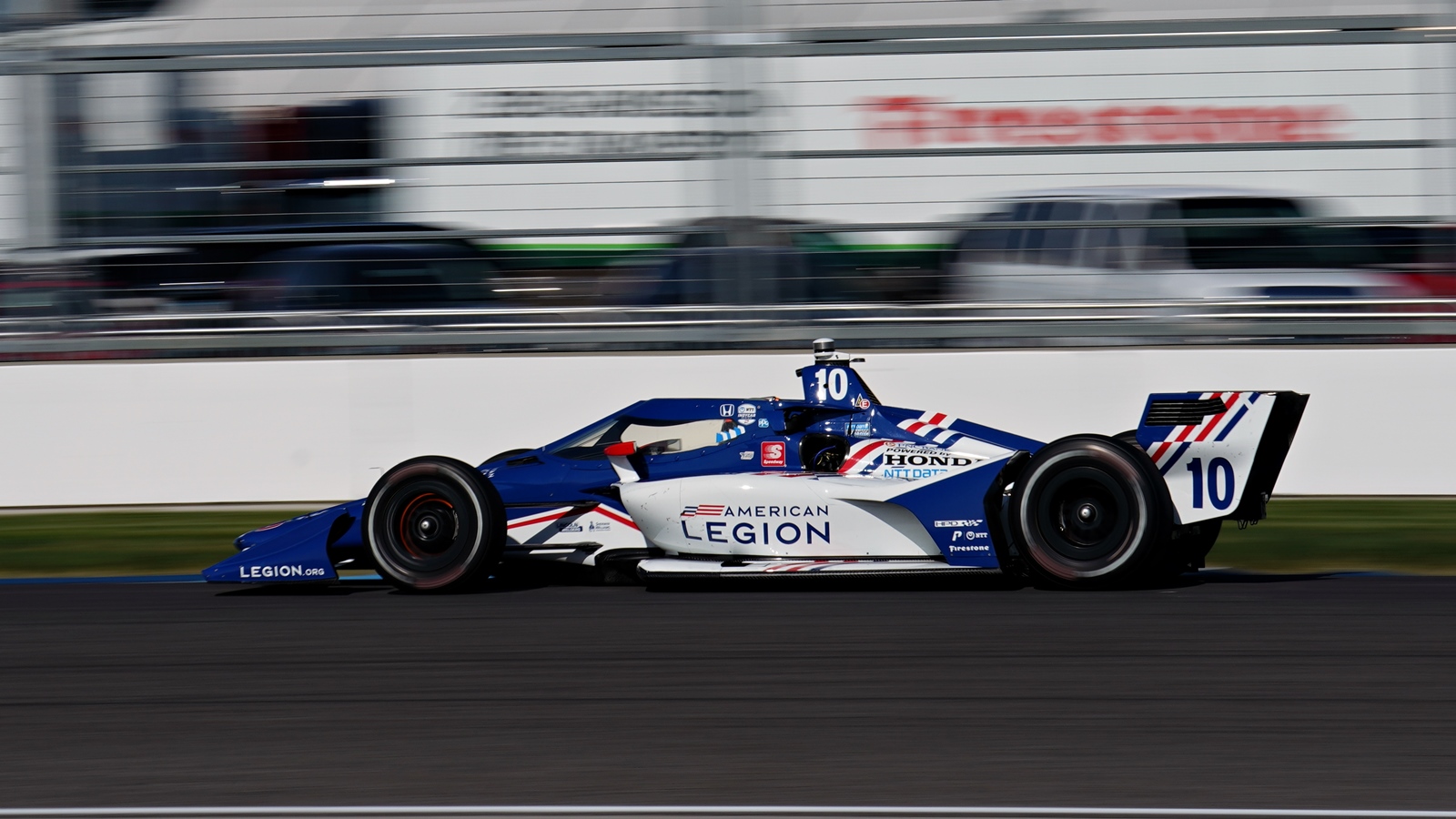 The NTT IndyCar Series began its month-long stay at Indianapolis Motor Speedway with a Friday morning practice session around the interior road course of the historic circuit.

Chevrolet-powered cars once again filled the front of the field, but Alex Palou logged the fastest lap as time expired in his Chip Ganassi Racing Honda.

The reigning series champion set a lap of 1:10.4555, just four thousandths of a second faster than Callum Ilott in second place.

Will Power looked strong as well, and ended the morning practice third on the timesheets.  Felix Rosenqvist ended the session in fourth in his Arrow McLaren SP Chevy, although he also had the fastest lap earlier in the day.

Scott Dixon had a momentary scare at the start of the session when his Chip Ganassi Racing Honda was seen smoking on pit lane. It ended up just being some fluid burning off the exhaust, however, and he was able to head out on track shortly after.

The session went green until there was one minute left on the clock, when Helio Castroneves spun at pit in and required assistance to get his car started again.

Most drivers went back out after the short red flag to get in one last practice lap in the morning temperatures.

The track was very busy for that final minute, however, and Palou was one of the only drivers that was able to get a meaningful lap under his belt.

The weekend’s additional entry is Juan Pablo Montoya, who is racing for AMSP for the entire Month of May and had a tough time getting the feel of the cars after a long break.  The veteran ended the session down in 25th position.

Drivers will be back on track in the afternoon for a second practice session, which will bring much higher track temperatures.

Brundle: Miami was Mercedes’ ‘most concerning weekend’ to date
F1 a ‘serious ambition’ for IndyCar’s Herta