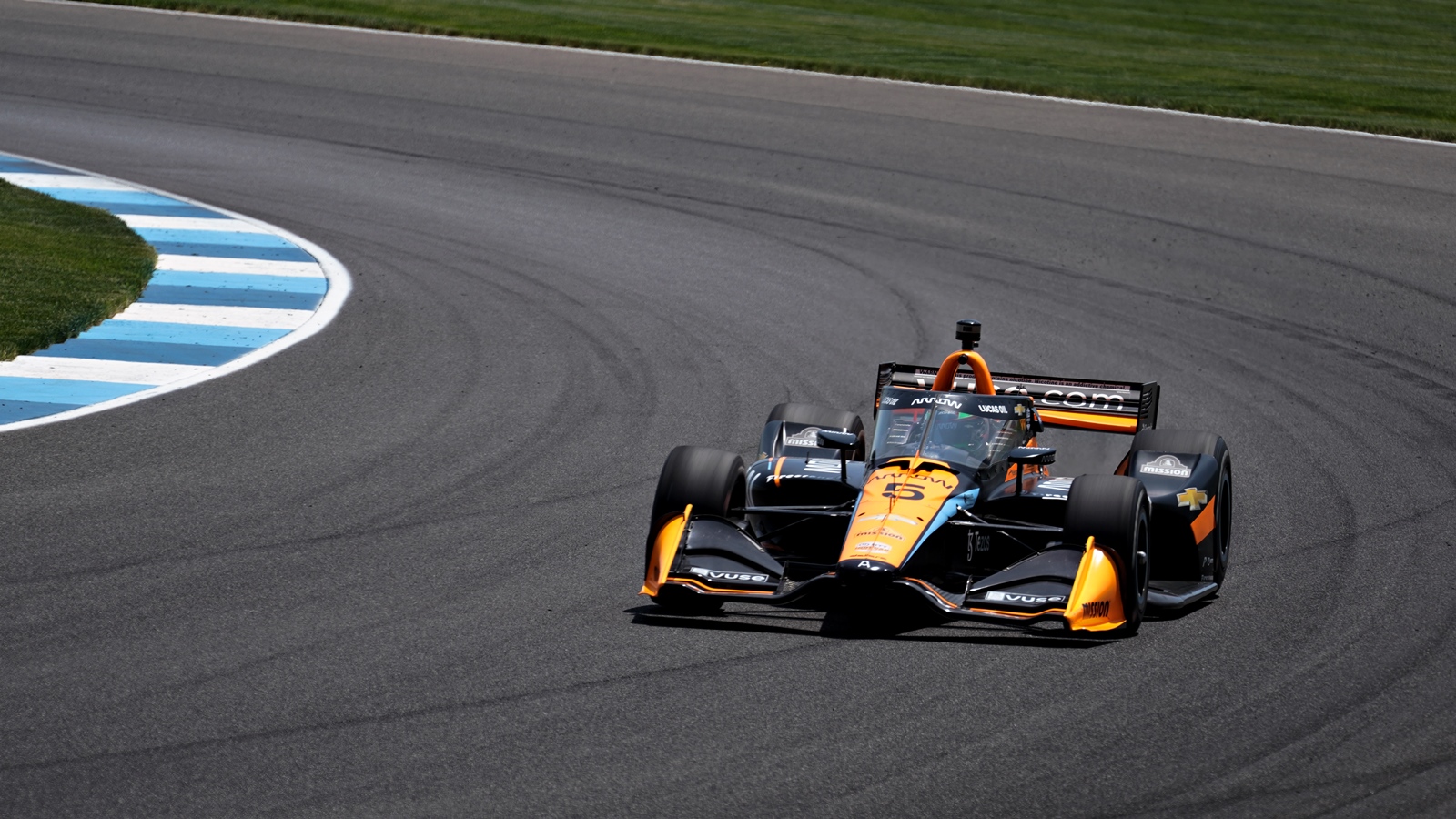 Pato O’Ward finished on top for the second practice session around the Indianapolis road course, lapping the 2.44-mile track in 1:09.7839.

Despite the track being much hotter and slicker than the morning session, O’Ward went quicker on account of the softer red-walled tires providing a lot of extra grip.

The morning’s fastest driver Alex Palou ended second on the timesheets, just a few hundredths of a second slower than the fast-handed Mexican driver.

Colton Herta and Rinus VeeKay each held the top spot at one point, and they were third and fourth respectively when the 45-minute timer ran out.

There were a few stoppages in the session, with Dalton Kellett bringing out the first red flag when he got his AJ Foyt Chevy stuck in the gravel in turn 4.

Shortly after practice was restarted, Jimmie Johnson also ran wide in turn 4 and brought back out the red flag while his car was recovered.

Both drivers were given a five minute penalty for causing the interruption, but were able to continue later on in the session.

The off-track excursions gave IndyCar track officials a chance to use the newly-installed digital marshal panels, which will provide additional driver instruction from this weekend onward.

Josef Newgarden had some troubles in the pits, with his Team Penske crew seen giving the car a push in order to get it running again.  The two-time champion only completed 12 laps and finished in 16th, so his crew may have some work to do to solve the issue.

The hot track conditions pretty well simulated the expected conditions for this afternoon’s qualifying session, so expect some of the same players at the front of the field for the start of Saturday’s race.

Qualifying gets underway at 4:00PM local time, giving teams only two hours to prepare for the most important running of the day.