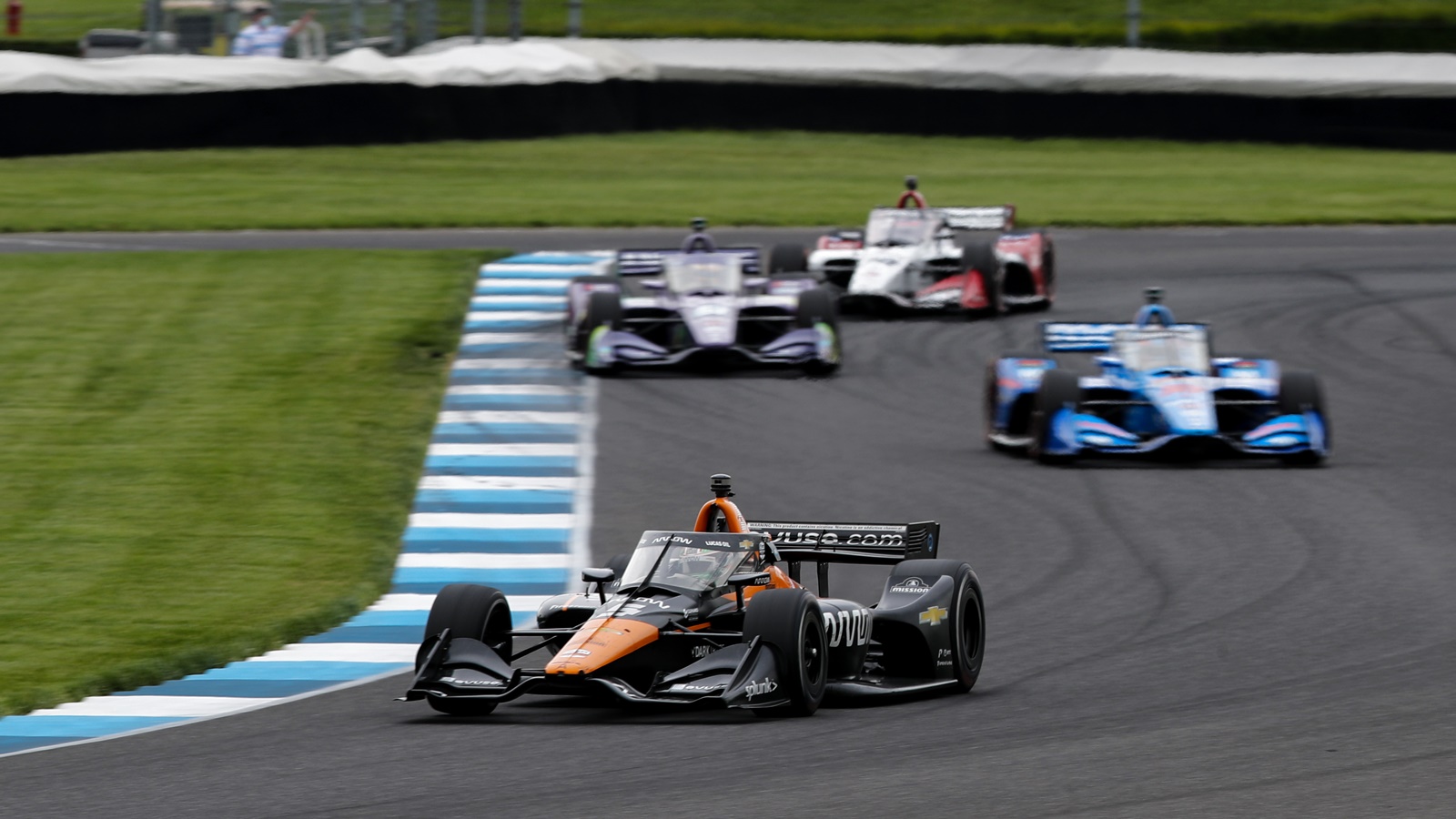 Pato O’Ward currently sits third in the IndyCar Series championship race, and feels there is not any room left for bad weekends if he is to contend for the title.

O’Ward has continued his strong run in IndyCar by powering his Arrow McLaren SP Chevy to two podiums so far this season and has placed himself just one point behind reigning champion Scott Dixon.

The young Mexican even added his name to the IndyCar winner’s list this season, notching a victory in the second race from Texas Motor Speedway.

There have been a couple finishes lower down the order as well, namely St. Petersburg, where he finished down in 19th position.

In analyzing his season so far, O’Ward referenced a classic phrase from Monopoly to describe how there is no room for error going forwards even though the season is not yet halfway complete.

“I feel like we missed an opportunity in Barber,” said O’Ward, running through his season so far.  “I actually feel that we should have won that race.  We just were on the wrong strategy.

“But man, we’ve had two road course races where we absolutely got destroyed, and we’ve honestly already used up our ‘get out of jail free’ cards for the season, and we can’t afford to have any more of those because that really takes a toll in the championship.

“If we would have had solid top seven, top six finishes in St. Pete and the Indy road course, we should have been in the lead in the championship, but we haven’t capitalized on that.

“That is something that — I don’t want to look back at the end of the year and look at those two races and say ‘Oh, this cost us a championship.’  We just need to work a little bit harder to be extra consistent from now on.

“But we’ve had some great races.  We had great superspeedway races in both Texas and Indy.  But we have been weak at road courses, specifically street courses, and we need to find a way to maximize what we have there because that will really hurt us in the end.”

The dual races in Detroit this weekend are on a track that most resembles St. Petersburg, the site of his worst finish so far this year.

The first practice session for the Detroit Grand Prix is scheduled for Friday afternoon at 5:00 PM Eastern time.