Oliveira shoots to maiden MotoGP pole at home in Portugal 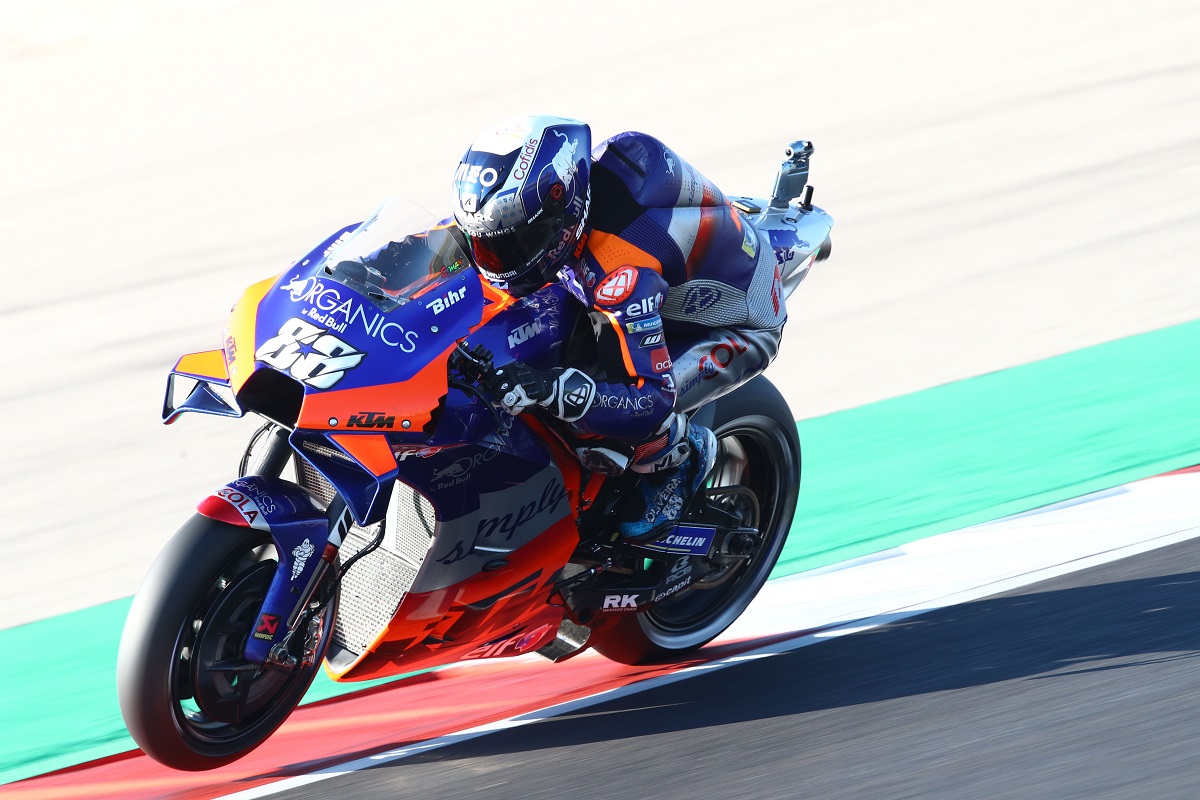 Miguel Oliveira fired to a first ever premier class pole with a late flyer to deny Petronas SRT’s Franco Morbidelli in qualifying for the Portuguese Grand Prix.

Home hero Oliveira could only manage the sixth fastest time following the opening runs, while Morbidelli looked formidable out in front despite having progressed from Q1 to the pole shootout by the skin of his teeth just minutes earlier.

The Italian was held up slightly in the final sector of his final Q1 effort meaning his resultant time left him 0.026 down on Cal Crutchlow’s LCR Honda.

With no time left for a final run having returned to his garage, Morbidelli was left with an anxious wait to see whether he could hang onto the final Q2 berth as Brad Binder looked to snatch it away with his own final lap.

The South African ultimately came just 0.114 short of the Yamaha though, allowing both Crutchlow and Morbidelli to battle it out for pole in Q2.

Morbidelli then extended his lead as the pole shootout wound down to well over two-tenths, though Oliveira was lighting up the timing screen not far behind.

The Tech 3 KTM man duly snatched away the top spot by just 0.044, securing him provisional pole as the flag came down on the session.

Only Pol Espagraro on the factory-run KTM RC16 looked close enough to threaten Oliveira having set two session best sectors on his final push lap, though the time fell away across the final half-lap-securing Oliveira a sensational pole at home in Portugal.

Cal Crutchlow put himself in the best possible position for a strong result in his final race as a full-timer with an impressive fourth quickest time on his LCR Honda, while Fabio Quartararo completed the top five on the second Petronas SRT M1.

Stefan Bradl tamed the undulating Algarve International Circuit well to secure his highest grid position of the season in sixth, while Johann Zarco recovered from both an engine blow-up in FP4 as well as a crash late in Q2 to bag seventh.

Maverick Vinales could only manage eighth after looking strong on Friday ahead of Espargaro, with Alex Rins rounding out the top ten.

Takaaki Nakagami struggled to get into a rhythm after suffering a crash of his own in FP4-11th the best he could do-while Andrea Dovizioso completed the Q2 runners in 12th.

Freshly crowned MotoGP world champion Joan Mir meanwhile struggled to find any sort of feeling with his Suzuki GSX-RR in Q1, the Spaniard only able to set the tenth best time in the 15 minute session, therefore leaving him 20th on the grid ahead of only Esteve Rabat and Tech 3 replacement rider Mika Kallio.

Aleix Espargaro failed to build upon his strong start to the weekend and will begin the Portuguese GP 14th, while Honda’s Alex Marquez’s tricky weekend so far continued with only 16th on the grid ahead of Valentino Rossi’s Yamaha.