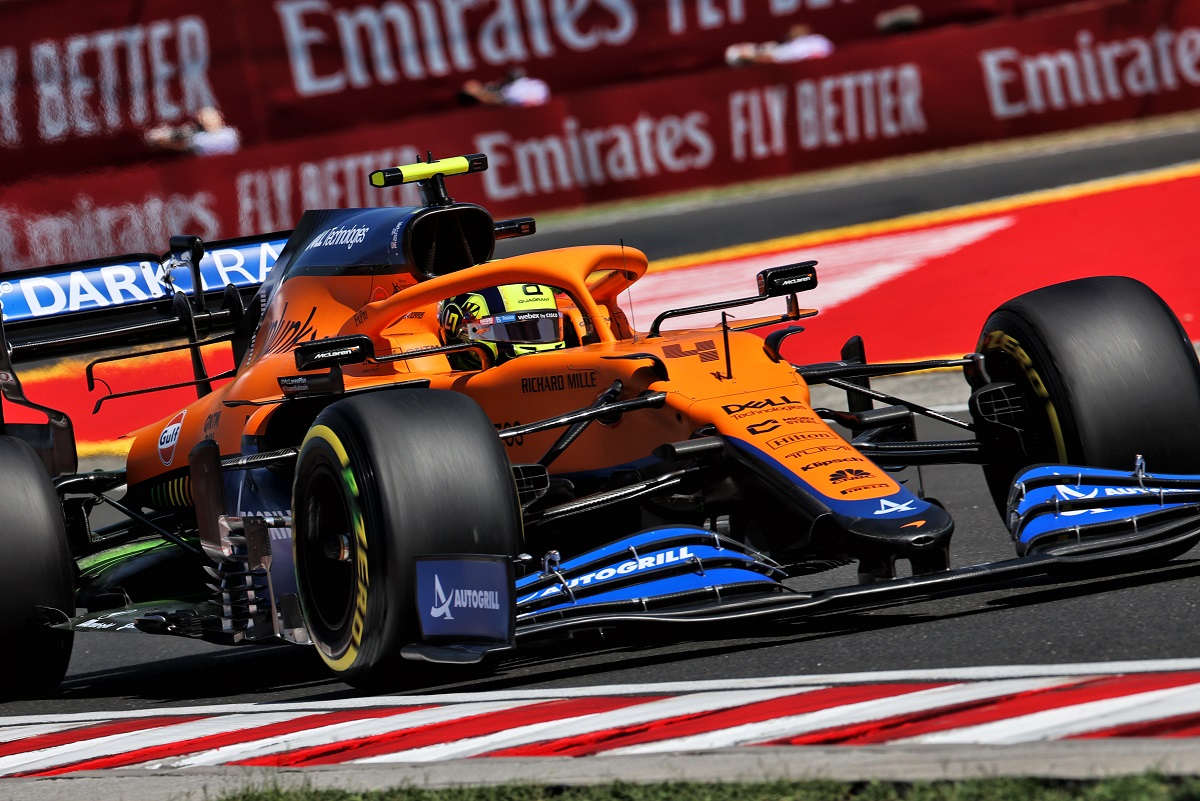 Lando Norris admits McLaren’s deficit to Alpine after Friday practice in Hungary is “pretty big”, however he didn’t count out his team’s chances for the remainder of the weekend.

Alpine’s Esteban Ocon ended second practice on Friday afternoon fourth fastest, six-tenths of a second ahead of Norris in ninth.

Conditions at the Hungaroring on Friday were extremely hot, with track temperatures reading over 60 degrees Celsius, making it difficult to get comfortable in the car, according to Norris.

The four-time podium sitter states McLaren has work to do overnight, as he eyes up advancing into Q3 in order to secure a strong starting position for Sunday’s grand prix.

“I reckon it’s been one of our tougher FP2s,” Norris said. “We’re not amazing normally in FP2 but we never struggle quite as much as this, the gap to Alpine was pretty big.

“So I think getting into Q3 is the main one, particularly as it’s a very qualifying-dominated track. Tomorrow’s the big day, so we’ll put all of our eggs into it right now.

“Even we were expecting to be a bit better. The conditions are very different to what they were last year, it was much colder last year, the tarmac was still a bit fresher and newer.

“It changes, it’s never the same, and we’ll sit down tonight and try to understand why and try to make some improvements because of that.