Norris: Verstappen/Hamilton contact put me off attacking for lead 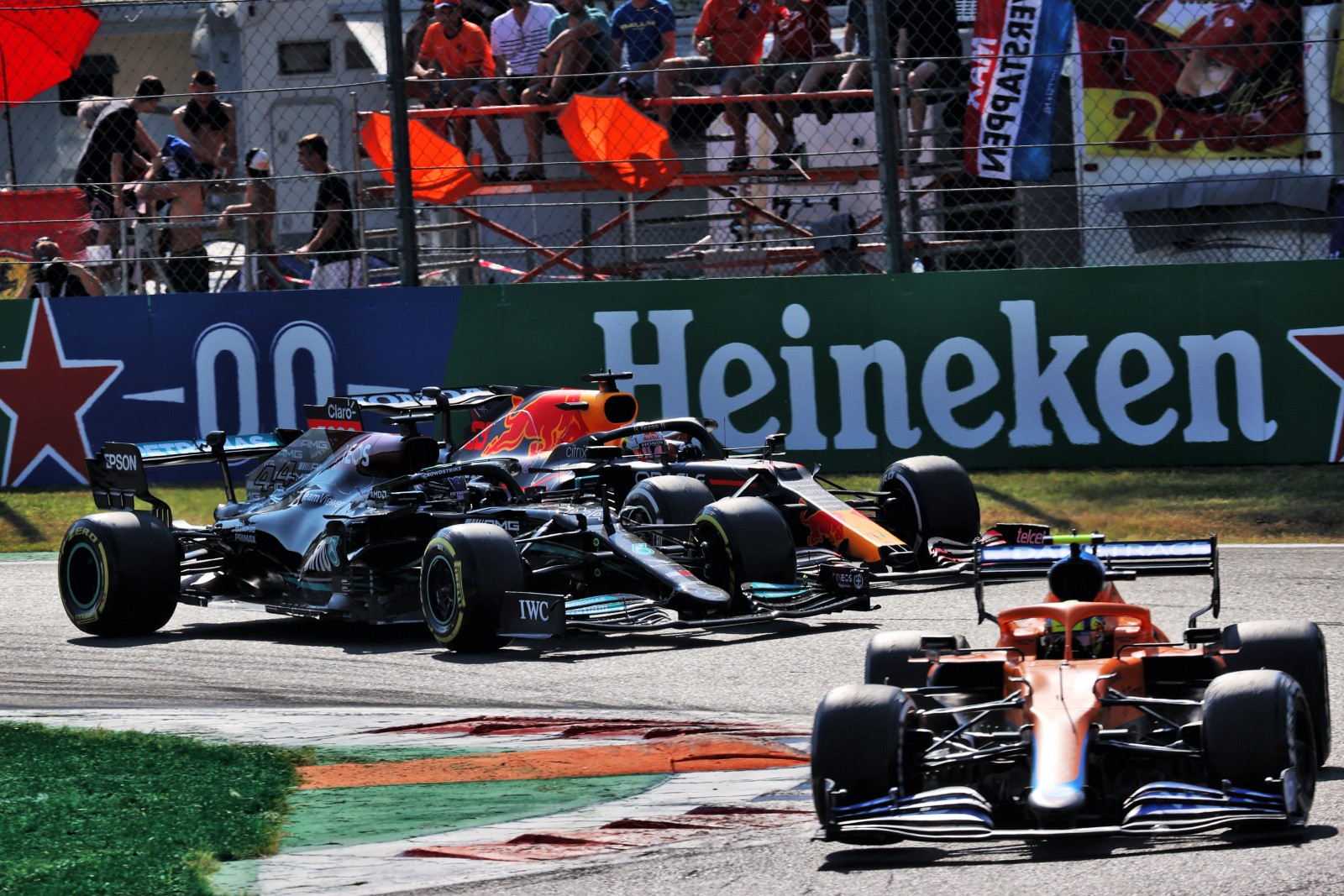 Lando Norris quipped that thinking about the clash between Max Verstappen and Lewis Hamilton dissuaded him from challenging McLaren team-mate Daniel Ricciardo in Italy.

Norris was in front of the title protagonists when they made contact through the second chicane at Monza and eliminated themselves from the race.

The McLaren drivers ultimately maintained their respective positions through the end of the race to chalk up the team’s first 1-2 finish in 11 years.

“I got a bit closer on one lap and I just kinda… I don’t know why… I had a few flashes seeing the incident between Max and Lewis,” said Norris.

“I saw it quite well in my mirrors, so when I thought maybe I’ll try, that was flashing up in my head and I thought ‘naaah, maybe this isn’t the wisest decision’!

Norris kept Hamilton at bay through the bulk of the first stint and said the similar situation during Sprint helped him retain track position.

“I think I had a good warm-up [in Sprint] with 18 laps trying to defend from him,” said Norris.

“I could figure him out quite quickly, where he was going to strong and weak and so on, and he was on the Hard tyre, so for the majority of it, I could hold him off reasonably easily but the last two or three laps of the stint, the Hard tyre started to come back to him quite a bit.

“The whole race was stressful, not going to lie. There was not one moment where I thought I could relax and just chill-out a little bit.”