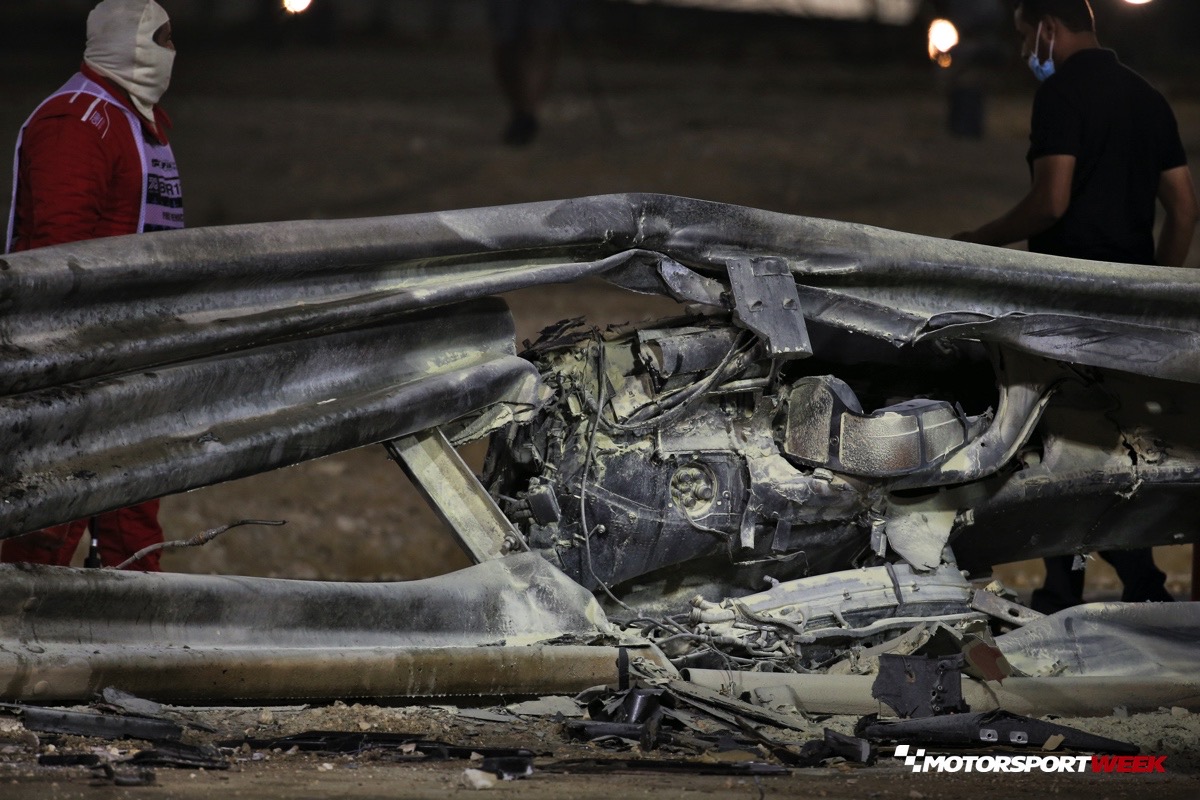 Ross Brawn believes there is no doubt Romain Grosjean owes his life to the halo head protection device, after he walked away from a horrific crash on the opening lap of the Bahrain Grand Prix.

Grosjean and Daniil Kvyat made contact at the exit of Turn 3 on the opening lap, which caused Grosjean to spear off into the left-hand barrier. On impact, which was registered at 53G, his Haas split in two and burst into flames.

The front half, which included Grosjean, pierced the barrier and was engulfed in flames with the Frenchman taking more than 15 seconds to free himself, causing burns to his hands and ankles.

It’s also believed he has suffered one or more broken ribs, but was otherwise able to extricate himself and jump back over the barrier where he was attended to by the medical team.

Images from the scene show the halo still intact and unquestionably the reason Grosjean survived, which was Brawn’s assessment.

“We need to do a deep analysis of what occurred,” said Brawn, F1’s managing director of motorsport. “The fire is worrying. The split barrier is worrying. Barriers splitting was a classic problem many years ago and normally resulted in a fatality.

“There’s no doubt the halo is the factor that saved the day…saved Romain. The team behind it need credit for forcing it through. I don’t think anyone can doubt the validity of the halo. It was a lifesaver today.”

Brawn doesn’t believe the fuel tank ruptured as that would have resulted in a much larger fire, but says questions need to be asked as to why the car burst into flames.

“It was a high G load and we have to look at how things failed. The car came apart and we had a fuel fire, which we have not had for a
long time.

“Those cars are carrying 100kgs of fuel and if that went up, it would have been a very big fire. There will be some careful scrutiny between now and the next race and action will be taken that needs to be done and it is something we have not seen in a long time and something we did not predict.”

Vettel: ‘Barrier not supposed to fail like that’
Grosjean: Halo the greatest thing in Formula 1