Newgarden romps to victory in Harvest GP race one thriller 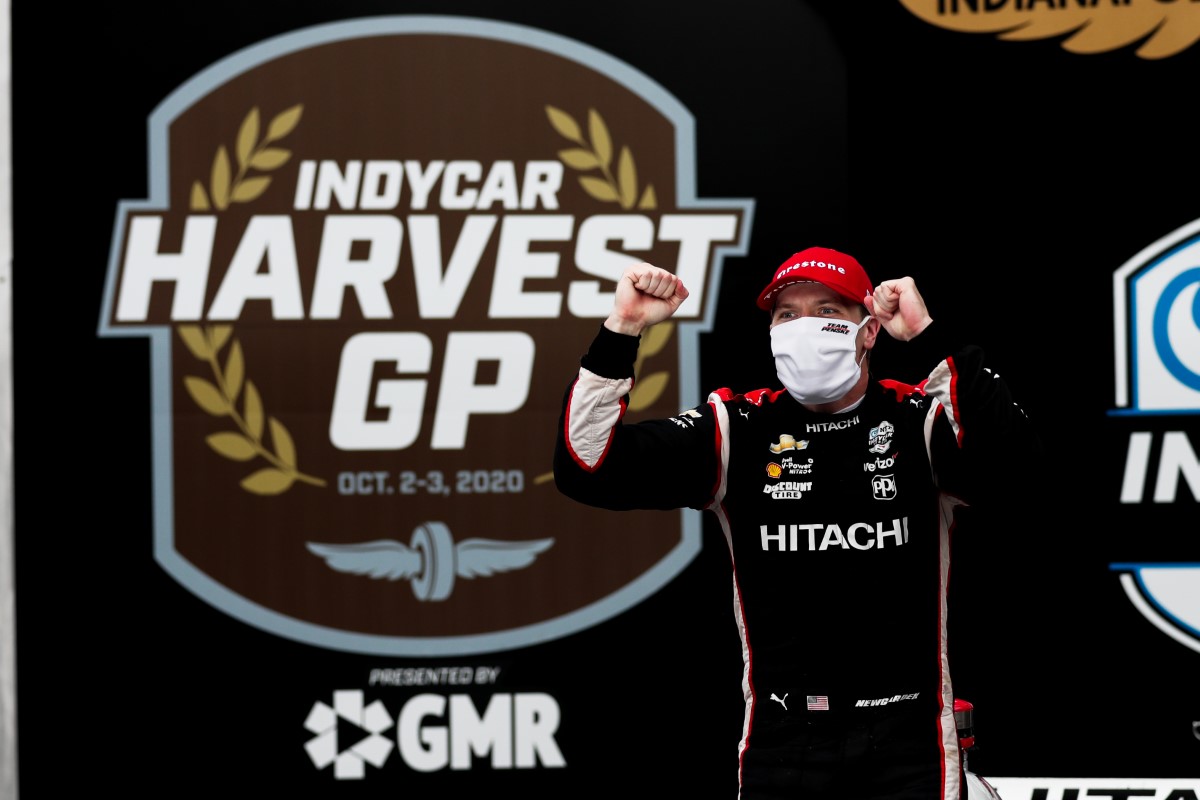 Team Penske’s Josef Newgarden has claimed his third win of the 2020 NTT IndyCar Series campaign in a thrilling first race of the Harvest Grand Prix at the Indianapolis Motor Speedway.

Newgarden was locked in a spectacular battle with rookie polesitter Rinus Veekay and Andretti Autosport’s Colton Herta for the race lead with the trio quickly gapping the rest of the field.

The Penske driver would continue with his relentless pace leaving the rest of the field in his wake, as Herta and Veekay would eventually fall back through their consistent battling, leaving Newgarden to close the points gap to points leader Scott Dixon by 31 points with two races remaining.

Andretti’s Alexander Rossi made the most of his afternoon which included a drop-back penalty on lap 41 after stewards deemed he passed Dixon off the track. This meant the Californian lost considerable time to hand the place back to the Kiwi.

Despite the issues, he was able to capitalise on the constant battling of Herta, Veekay and Felix Rosenqvist to snatch second place, his third podium after a very difficult start to the campaign.

Veekay’s afternoon was thrilling from start to finish as he fought his way to his first IndyCar podium for third place. The Dutch driver fought hard with Herta in the opening laps before taking the lead, but would waste 50 seconds of his allotted 200 in just the opening four laps.

He appeared to be in contention for most of the race, but Newgarden’s relentless pace was just too much for Veekay to maintain.

Herta – despite his frantic speed in the opening laps – would have to settle for fourth after pushing at the front for so long on heavily worn tyres, finishing ahead of Rosenqvist in fifth for Chip Ganassi Racing.

Will Power started fourth but would struggle to keep pace with the leading trio in the opening laps, the Australian would finish sixth at the end after coming under pressure from Dixon before the Kiwi made a mistake in the final few laps.

Graham Rahal made up places with an off-set three stop strategy to finish in seventh ahead of Meyer Shank Racing’s Jack Harvey.

Dixon’s afternoon had looked to be on the up after moving into the top six at the halfway point of the race, however after a uncharacteristic lock up into Turn 1 getting back past Rossi on lap 45, he was forced to run on flat spotted tires and lost touch with the leading pack.

As he tried to make a comeback in the final laps, he slid off the road on worn Red Firestone tyres trying to battle Power for sixth, leaving the series’ points leader finishing ninth and losing a vast amount of points to Newgarden in the process.

Ganassi team-mate Marcus Ericsson was able to push his way up from 15th on the grid to cross the line in 10th place by the end of the 85 laps.

The race ran without a caution period but Marco Andretti was forced to retire with a handful of laps remaining after the rear of his No.98 car caught fire. Andretti was able to bring the car back to the pits for his pit crew to put it out.

The second race of the Harvest GP will be run to 75 laps tomorrow with the race beginning at 14:30 EDT.