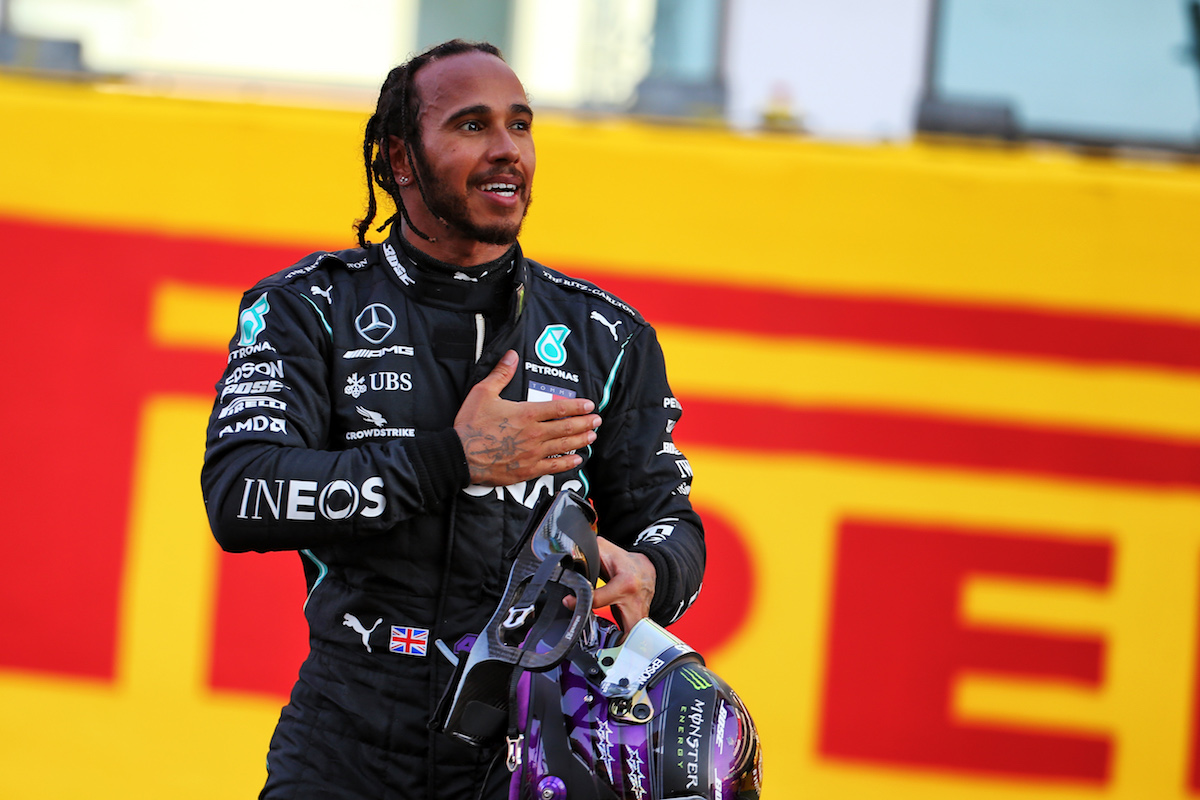 Should Hamilton take the grand prix victory on Sunday, the Briton will equal Schumacher’s tally of 91 wins, which has stood as a record for 16 years.

Due to COVID-19 restrictions, Netflix has only been able to document one team per weekend rather than venture through the pit lane.

The camera crew has already spent time at Ferrari during the Italian rounds at Monza and Mugello.

Last year, Mercedes was shadowed by Netflix at its home German Grand Prix, which was one of its toughest races in the modern era as it scored just two Championship points.

However, Hamilton may face a tough challenge from team-mate Valtteri Bottas this weekend, who has traditionally run strongly at the Sochi Autodrom.

Despite the fact Mercedes has taken pole position at every event so far in 2020, team principal Toto Wolff believes Mercedes will be vulnerable to other constructors into Turn 2 due to the long run from the starting grid.

“The Autodrom has a fairly unusual layout and it’s one feature in particular that makes it special: the long run from pole to the first braking zone,” Wolff said.

“It means that the pole-sitter isn’t necessarily in the strongest position for the race start as the cars behind him benefit from the tow.

“You could see it last year when Vettel overtook Leclerc on the run down to Turn 2 and in 2017, when Valtteri beat pole-sitter Vettel from P3.

“Our qualifying pace has been really strong this year, but this strength could easily turn into a vulnerability on race day in Sochi.”

This year’s edition of Drive to Survive will be the third season of the show.

Fans set to return in larger numbers from Russian GP