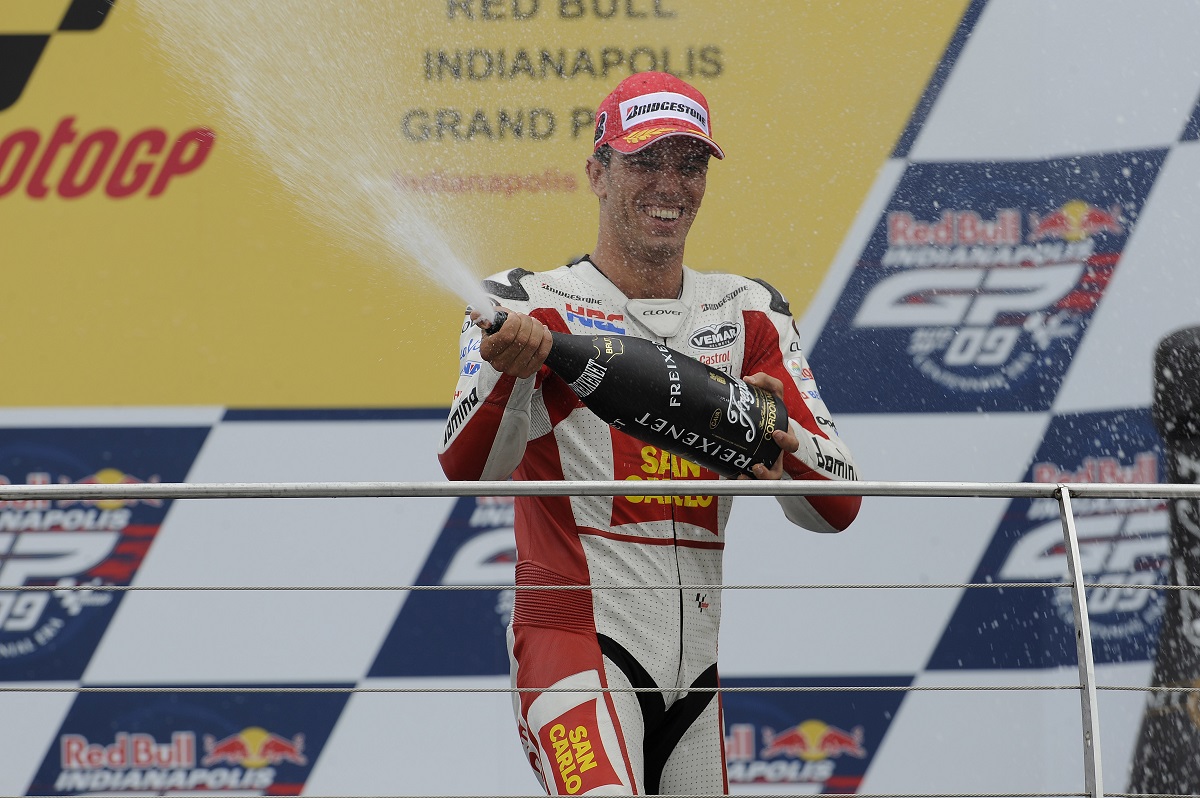 Ex-MotoGP challenger Alex De Angelis has announced he will retire from professional motorcycle racing at the end of the 2020 season.

De Angelis-who currently competes in the MotoE World Cup with Pramac- announced his decision to retire in a press release on Thursday morning ahead of the MotoE season finale at Le Mans.

The San Marino native says it is “absolutely not easy” to quit the grand prix racing paddock after a career that spans over two decades back to 1999, adding that he has “no regrets” over his “incredible” career.

“Saying goodbye to the MotoGP tracks, to the paddock, to my colleagues and everything that was my home for twenty years is absolutely not easy. The most important parenthesis of my life comes to an end with the 2020 final round of MotoE at Le Mans,” said De Angelis in a statement released on Thursday.

“Twenty years as a professional rider in the World Championship: victories, podiums, joys and sorrows but, above all, half of my life spent travelling around the world at full speed.

“A dutiful thank you goes to all those who believed in me, first of all my family, to all the extraordinary people who worked with me, to my friends and my fans for always supporting me.”

De Angelis entered the grand prix paddock with wild-card appearance at his home Imola circuit in the 125cc class, and although never securing a victory in the lightweight series across four subsequent seasons he bagged the vice-champion spot in 2003.

A further four season stint in the 250cc world championship netted him a pair of third-place championship positions in ’06 and ’07, earning him a graduation into MotoGP for a two year spell with the Gresini Honda satellite outfit.

After being dropped from Gresini’s line-up for the ’10 campaign he moved back to the now re-named intermediate class of Moto2, going on to secure three wins in the class while also making periodic returns back to the premier class.

He filled in for an injured Andrea Iannone at Pramac Ducati for the ’13 United States GP, before taking over from a retiring Colin Edwards for the final eight races of ’14 at Forward Racing.

This led to a full season MotoGP assault with the Ioda Racing squad on a Claiming Rules Team’s (CRT) Aprilia machine, although his season ended early following a horrific crash during the Japanese GP weekend that left De Angelis in a coma for three days.

He ultimately recovered and for ’16 secured a berth with Ioda’s Aprilia World Superbike programme, scoring a rostrum result at the German round of the series with his RSV4.

A tough sophomore campaign with the Pedercini Kawasaki team ended early, with De Angelis effectively out of action until securing a full-time return to the GP circus in the fledging MotoE championship with Pramac last year.

He is yet to score a podium finish in the series, with a trio of fourth-placed results his best ahead of his swansong final two races at Le Mans this weekend.