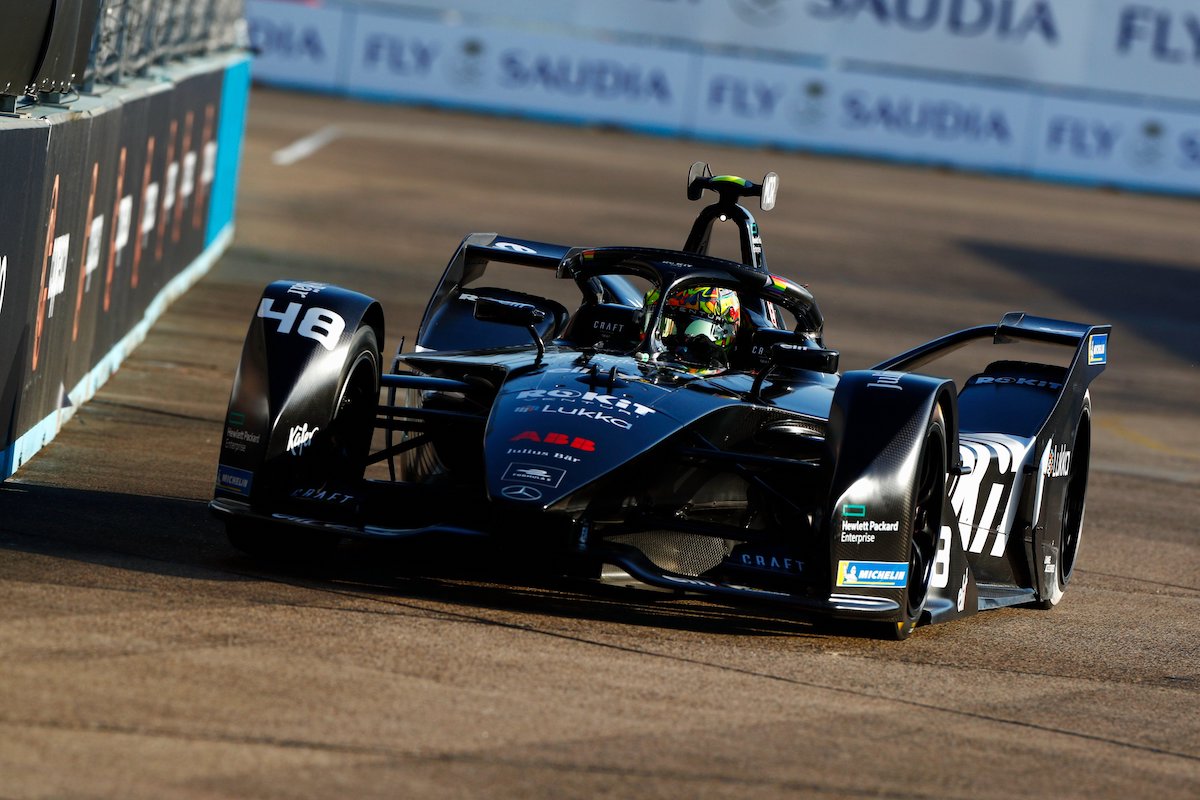 Edoardo Mortara took his maiden pole position in Formula E on Saturday, as he bested Alexander Sims in the pole shootout by over one-tenth of a second.

Mortara produced a strong final sector during his last hot lap to jump ahead of Sims, as it appeared that the Mahindra driver had the advantage throughout most of the lap.

Mortara advanced through to the duels after securing a top four finish in the Group A round of laps, with Pascal Wehrlein, Stoffel Vandoorne and Sergio Sette Camara also advancing through.

Sims then took Buemi’s place in the duels, and went on to reach the final despite not setting a fast enough time in the Group qualifying stage.

Mortara prevailed in his fight against Lotterer, while Da Costa became the final driver to secure a place in the semi finals following victory over Sette Camara.

Sims advanced into the final ahead of Vergne, but only because he set his lap time first – both drivers set the same time to the nearest thousandth.

Mortara then marginally got the better of Da Costa, before beating Sims in the final by 0.137s.

Lotterer is fifth, in front of Porsche team-mate Wehrlein, while Sette Camara and Vandoorne will line-up in seventh and eighth respectively.

Rounding out the top 10 is Mitch Evans and Buemi, with reigning World Champion Nyck de Vries starting in 12th, behind Jake Dennis.