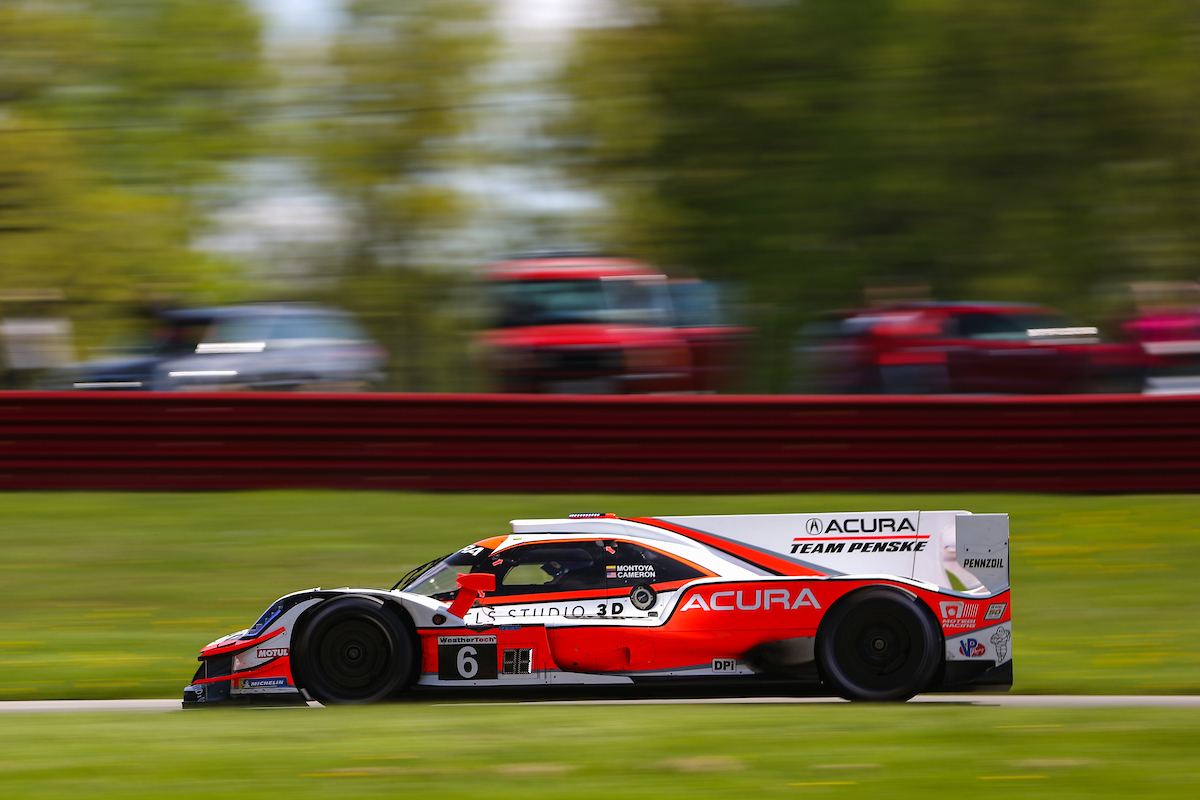 Juan Pablo Montoya has set the fastest time for Acura Team Penske in the first free practice session ahead of the Acura Sports Car Challenge at Mid-Ohio.

Montoya climbed to the top of the timing sheets in the dying seconds of the session, setting a 01:13:057 during his final flying lap in the #6 Acura ARX-05 to go quickest. He was 0.236 faster than Pipo Derani in the #31 Whelen Engineering Cadillac DPi-VR.

Ricky Taylor was third fastest in the sister Acura, ahead of newly crowned Le Mans class winner Harry Tincknell in the #55 Mazda RT24-P in fourth and Tristan Nunez in fifth in the #77 Mazda RT24-P.

Sebastien Bourdais was sixth quickest in the #5 Mustang Sampling Cadillac, ahead of newly confirmed Acura DPi team Wayne Taylor Racing in seventh, with Renger van der Zande behind the wheel of the #10 Cadillac.

Tristan Vautier brought up the rear in class in the #85 JDC-Miller Motorsports Cadillac, which he shares with compatriot and DPi debutant Gabriel Aubry this weekend.

Antonio Garcia led the way in the #3 Corvette C8.R with a 01:19:690, three tenths clear of team-mate Tommy Milner in the #4 Corvette. John Edwards was third fastest in the #24 BMW M8 GTE, ahead of the #25 of Bruno Spengler, another driver fresh off competing in the 24 Hours of Le Mans.