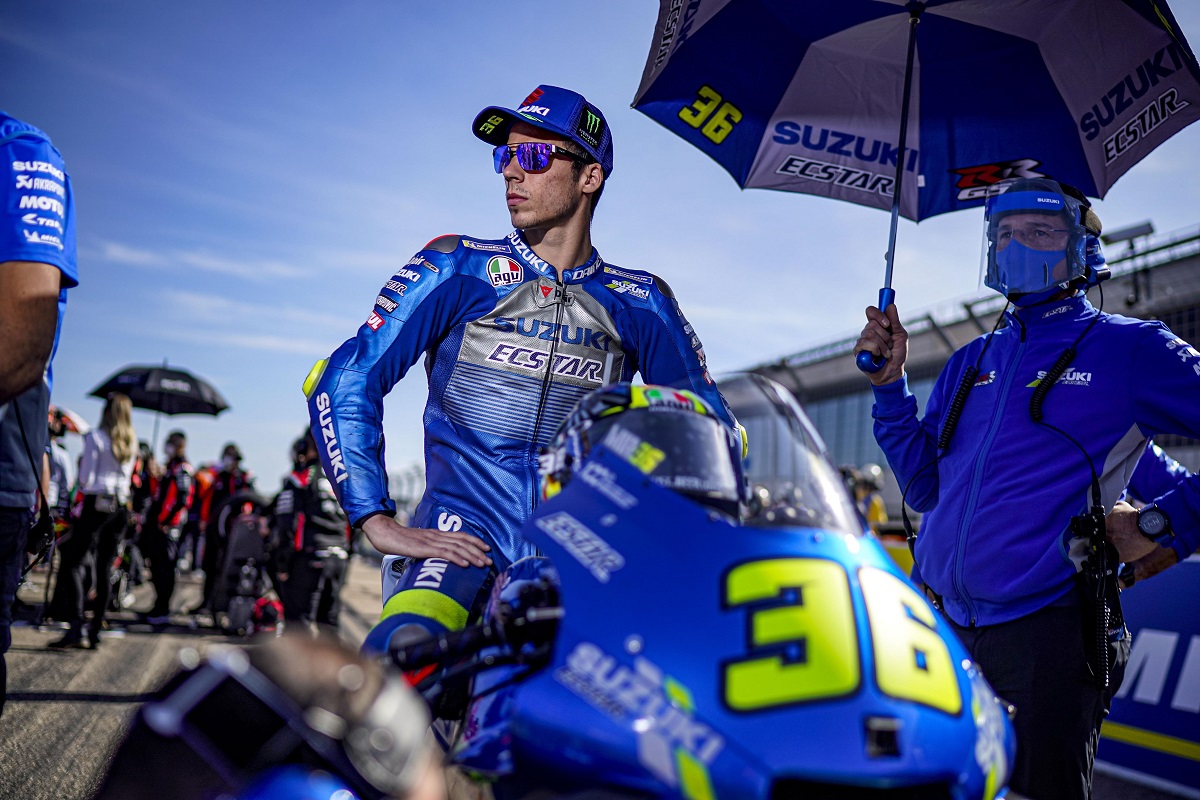 Despite being “happy” to move into the MotoGP points lead, Suzuki’s Joan Mir says he “expected more” than third in the Aragon Grand Prix.

Starting from the top six for the first time since the Styrian GP event in August, Mir was expected to be a threat for victory from the outset of the 23-lap encounter.

The Spaniard struggled for tyre longevity as the race wore on though, ultimately finishing third after being unable to match race winning team-mate Alex Rins-who started from tenth-while Honda’s Alex Marquez denied him second in the latter stages.

With title rival Fabio Quartararo failing to score, Mir’s rostrum result moves him from ten points down on the Frenchman to six points clear at the head of the riders standings with four rounds remaining.

Mir admitted that “we didn’t manage the tyres well enough” to challenge Rins and Marquez, adding that reckoned being stuck behind other bikes for too long had a play to part in his late race grip troubles.

“It was a really positive race because we took a lot of points for the championship, honestly though I’m a bit disappointed because I expected more in the last part of the race,” explained Mir.

“I was saving the rear tyre throughout the race by being really smooth early and the mid-part, but later on I had problems with the left side of the soft tyre with the pretty high temperatures and also being stuck behind other bikes.

“We didn’t manage the tyres well enough and this was the main problem, today was not our day but I’m very happy to be here (podium).”

Mir remained steadfast that his approach in the final four events wouldn’t change despite having grabbed the points lead, insisting that he will be taking things “race by race.”

“I will not change the way I approach the races (as championship leader) I will continue working race by race trying to get as many points as possible and win every GP, then in the last race we will look at the points and see where we are.”

Mir moving to the head of the riders standings marks the first time a Suzuki pilot has achieved the feat since Kenny Roberts Jr secured the Japanese manufacturer’s last title back in 2000.

Suzuki’s double-rostrum result also moved the squad into the lead of the teams championship by four points over Petronas SRT Yamaha, while it remains third in the manufacturers table behind Yamaha and Ducati.

Quartararo explains tyre woes that cost him MotoGP points lead
Gasly: Honda was on path to being ‘real contender’ in F1