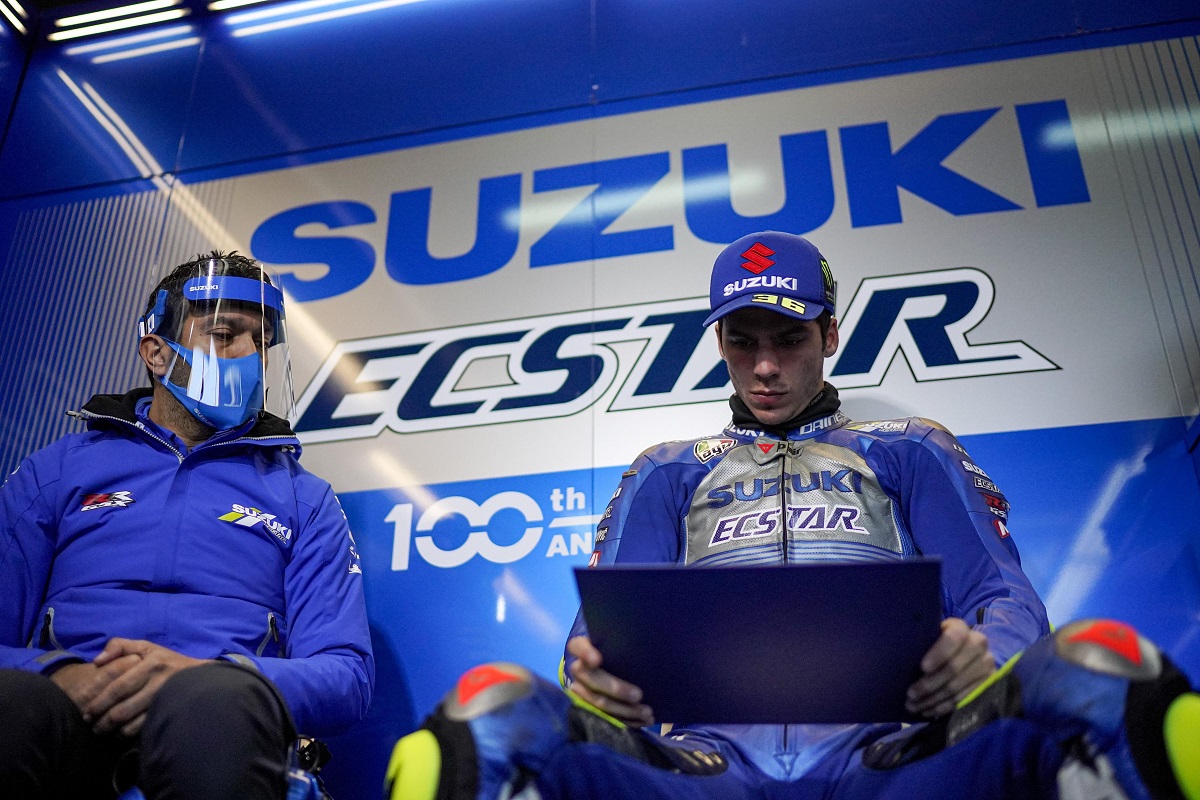 The Suzuki pilot admitted he “didn’t feel so good with the soft” front tyre after qualifying a lowly 12th having focussed on making the medium compound front rubber work during practice.

Mir reckons he’ll have an “advantage” should temperatures remain high for the 23-lap Aragon contest, but says that it’ll be “important” for him to “recover positions early” if he is to make good use of his improved race performance.

“It was a difficult qualifying, we worked well during FP4 with the medium front tyre but then we switched back to the soft for qualifying so that we could go for a fast time,” explained Mir.

“I don’t think that was the correct strategy for us, I didn’t feel so good with the soft but I stuck with it after the first runs felt decent but I needed something more (grip) to stop the bike.

“I’m happy with our form in FP4, but tomorrow we’ll start quite far back so it will be important to make a good start and recover some positions right from the beginning, and then we’ll see what’s possible later.

“I think (our competitiveness) depends on the temperature, if it’s really cold there is no chance to put the medium front in, but if it’s higher like today then we’ll be able to use it, and for sure it’ll be an advantage for us (to use it).

Mir heads into Sunday’s Alcaniz GP six points clear of Fabio Quartararo having snatched away the points lead from the Frenchman after taking third last weekend, while Maverick Vinales and Andrea Dovizioso remain in close range just 12 and 15 points back respectively.

Takaaki Nakagami-who will start on pole for the second Aragon outing and has looked one of the fastest throughout the event-is fifth overall 29 points behind, but could bring himself into play should he be able to convert his front-of-the-grid start to a debut premier class success.

Mercedes would support engine freeze to aid Red Bull
O’Ward looking for more than just another podium in St. Pete