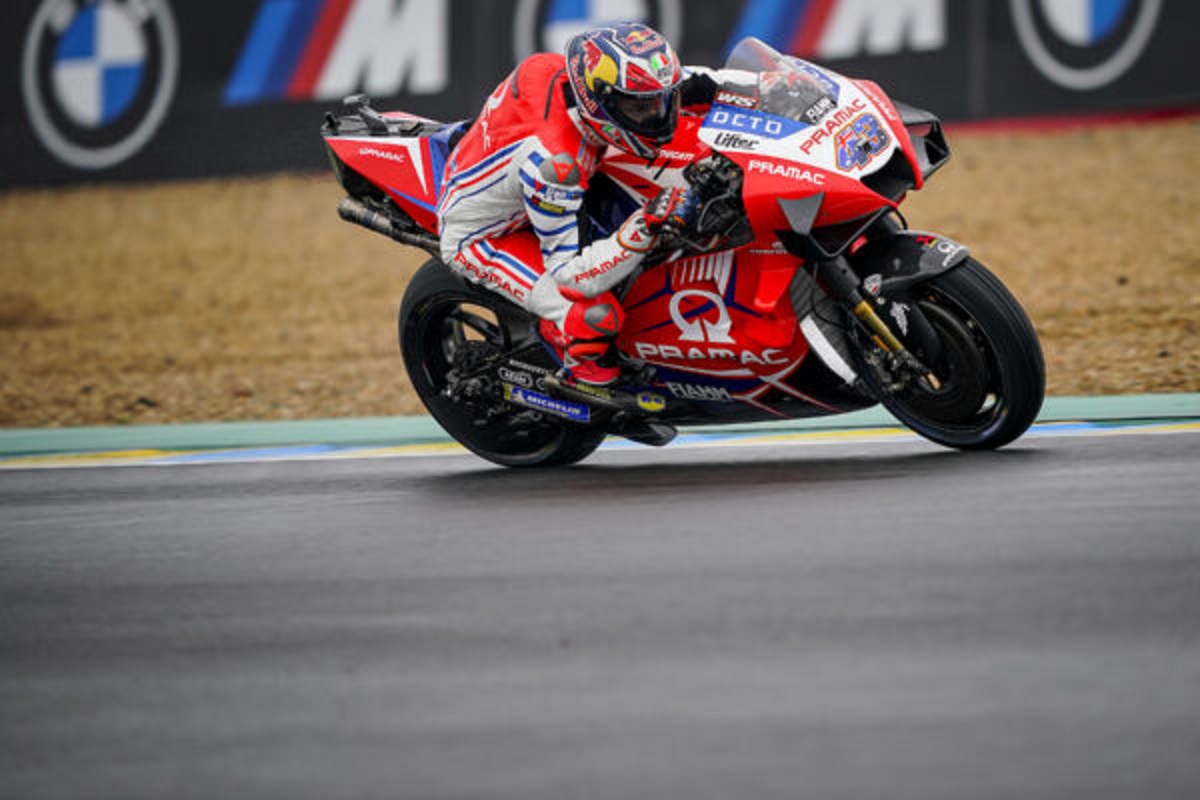 Jack Miller says his early French Grand Prix exit thanks to engine failure was sealed after having to revert back to his problematic wet set-up Desmosedici ahead of the contest.

The Aussie ran into a problem with the engine installed in the wet bike during practice, though with a dry race expected he was set to change to his dry machine anyway.

A rain shower just prior to the start threw a spanner in the works however, forcing Miller to switch back to his Ducati with the wet setting and hope it could hold out for all 26 laps.

He battled for the leadership with fellow Ducati men Andrea Dovizioso and eventual race winner Danilo Petrucci, as well as Suzuki’s Alex Rins for most of the contest until his engine finally gave out with just seven laps remaining.

A disappointed Miller after the race rued it was “just one of those days”, having suffered his second power-related retirement for the second time in three events.

“I had an issue with the engine, the problem sprang up during warm-up so we swapped bikes for the race, so I was on the dry bike but then the rain came and I had to swap back again and with the short schedule today we had no opportunity to fix the thing and had to hope it wouldn’t break,” explained Miller.

“Unfortunately we had an issue with it, so it’ll have to be sent back to the factory in order to find out what the issue was, it was just one of those days.

“I was already struggling with speed on the straight, that’s when Alex (Rins) passed me, then it got worse and I thought at first it was some kind of electronics issue so I changed the map.

“I was getting quite a lot of spinning on the straights, I had it on Map C in order to try and save the centre of the tyre early in the race so I thought it might have been traction control or something like that.

“I put the map back and we were struggling with speed for a couple laps, then the inevitable happened and it died on me.”

Miller’s French GP engine failure is his Pramac outfit’s third of the year following his early exit from the Emilia Romagna GP, as well as team-mate Francesco Bagnaia’s retirement from the Andalucian GP at Jerez from second with just six laps to go.