Miller: Final lap Portuguese GP lunge on Morbidelli ‘had to be done’ 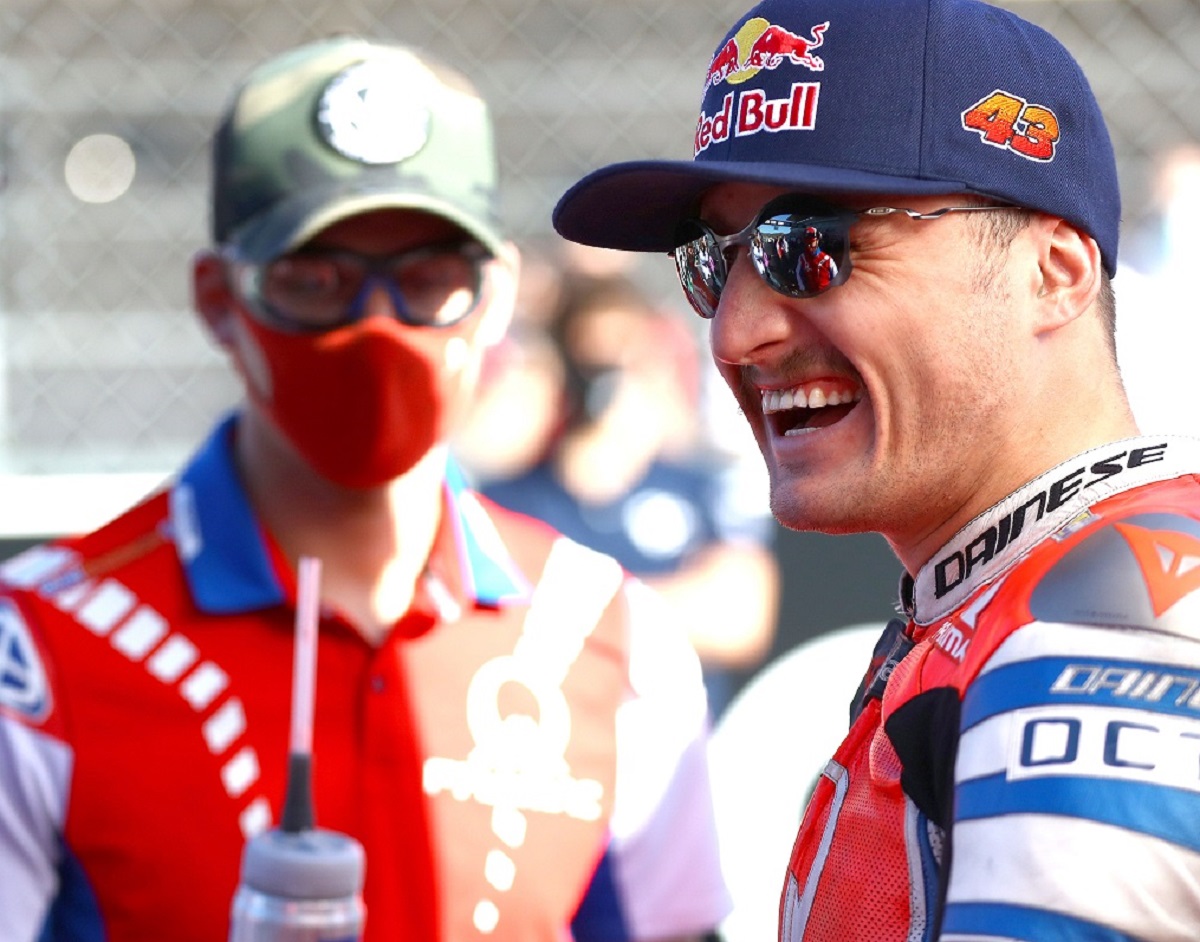 Jack Miller says a last lap move on Franco Morbidelli for second place in the Portuguese Grand Prix “had to be done”, describing the pair’s battle as like “déjà vu”.

The Portimao event marked the second time in as many races the duo had battled for position on the final lap, Morbidelli fending off the Aussie for victory in the Valencia GP last weekend.

Their battle this time though was over the runners-up position after eventual race victor Miguel Oliveira checked out in the early stages of the seasons curtain closer, Miller stalking Morbidelli’s Petronas SRT Yamaha for all but the final two corners of the contest.

He dived past Morbidelli into Turn 13 in a similar vein to his move at Turn 1 on the final lap in Valencia, though this time was able to make the move stick and cross the line for his second straight runners-up result.

Miller says he elected to “blank out” Oliveira’s KTM after realising it would be impossible to catch the Portuguese native, though admitted he was satisfied to “get one over” on Morbidelli following his defeat just seven day earlier.

“It had to be done (last lap pass), it was a long race and Miguel (Oliveira) took off like a cut snake at the start and left Frankie (Morbidelli) and myself, it was like déjà vu from last week,” explained Miller.

“I blanked out the orange bike that was miles up the road from us, but it was a great race I really enjoyed Portimao but it was very physical.

“I felt really good on the bike and I was able to fight at the end there with Frankie and get one over on him, but I definitely had to close doors and I was asking every ounce of turning the Ducati had especially in the penultimate corner.

“I knew he would try something, I was waiting for him to drive across the curb or something but I managed to bring it over the line and finish my time with Pramac on a great note.”

Miller added that he’ll be “forever thankful” to the Pramac squad he bid farewell to after the Portuguese GP, having secured a promotion to the factory Ducati organisation to replace Danilo Petrucci earlier this year.

He says the Italian squad “helped develop me into the rider and man I am today”, conceding that he was a bit of a “question mark” following three mixed seasons with the LCR and Marc VDS Honda satellite teams.

“It wasn’t a victory but I gave it a good shot these last two weekends and I can’t thank them enough for the past three years to help me develop,” continued the one-time premier class race winner.

“When I joined them in 2018 I was a bit of a question mark and they’ve helped develop me into the rider and man I am today so I’ll be forever thankful to Paulo (Campinoti, Pramac Team Principle) and Francesco (Guidotti, Pramac Team Manager) for that.”

Despite ending his Pramac tenure without a victory, Miller stood on the rostrum nine times across three seasons with the outfit, with his best riders championship result of seventh-just seven points adrift of Alex Rins’ third placed Suzuki- coming this year.

Current team-mate Francesco Bagnaia will join him in stepping up to the main Ducati squad in ’21, while Pramac will field its first all-new rider line-up since ’17 with Johann Zarco and Moto2 graduate Jorge Martin.