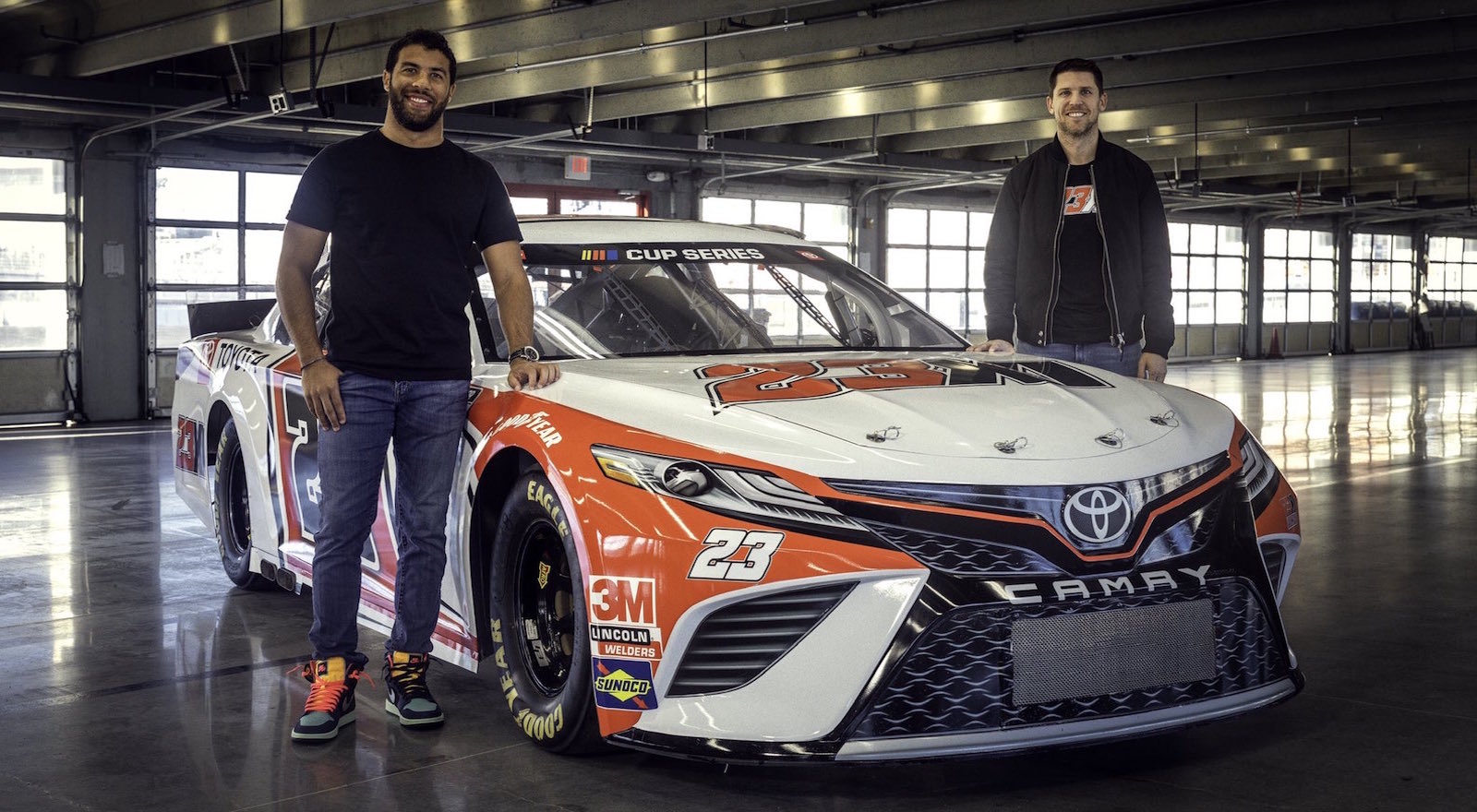 Toyota made official Friday the speculation that the Michael Jordan and Denny Hamlin-owned 23XIRacing team that will field a #23 entry for driver Darrell Wallace Jr. in the NASCAR Cup Series in 2021 will be a Toyota team with a technical alliance with Joe Gibbs Racing.

“We are excited to be a part of this new team with Michael, Denny and Bubba,” Ed Laukes, Group Vice President of Toyota Division Marketing at TMNA, said. “As a Chicago native, I saw firsthand Michael’s determination as he led his team to multiple NBA championships. I know he brings that same drive and work ethic to this new opportunity. Denny has been a valuable part of the Toyota family for over a decade and we are happy to support him as he takes the next step into NASCAR team ownership. We are also thrilled to bring Bubba back to the Toyota family. Bubba achieved many firsts with Toyota, and we are counting on him earning many more victories with 23XI Racing behind the wheel of a Camry.”

Hamlin has been with Joe Gibbs Racing his entire Cup Series driving career and drove a JGR entry in the NASCAR Xfinity Series prior to his move to the Cup Series. He’ll continue to drive the #11 JGR Toyota in the Cup Series, despite his minority ownership stake in 23XI Racing.

“Toyota has been a big part of my NASCAR career,” Hamlin said. “We’ve achieved multiple milestones together, including back-to-back Daytona 500 victories. I know how they support their teams, and when I decided move to team ownership, I knew that I wanted Toyota to be alongside our team. Toyota supports my vision with this team and will be integrated with our team members to support us as we grow and strive to achieve race wins and championships.”

Wallace has been in a Chevrolet with Richard Petty Motorsports in the Cup Series to date. He’ll leave the RPM #43 team at season’s end. He began his NASCAR national-level career with the Gibbs organization in the Xfinity Series in 2012 and also ran a partial Xfinity Series schedule with JGR in 2014.

The 23XI Racing team will be one of three Toyota organizations in the Cup Series next year, joining Joe Gibbs Racing and Gaunt Brothers Racing. GBR has yet to name a driver for 2021. Daniel Suarez, another former JGR driver, will finish the 2020 season in the #96 GBR Toyota but has announced he will drive for another new team, Trackhouse Racing, in 2021. The JGR 2021 driver stable will include Hamlin, Kyle Busch, Martin Truex Jr. and Christopher Bell.