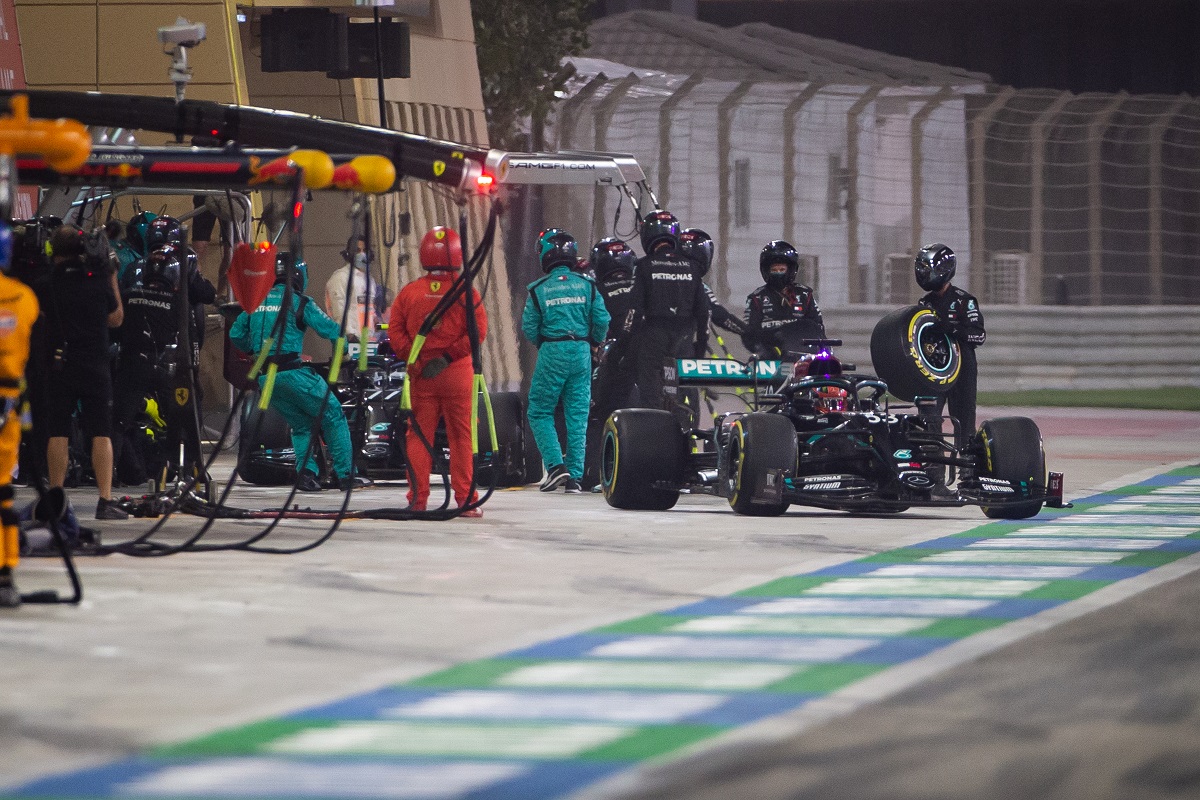 Mercedes has installed a fix to its intercom system to ensure the issues it faced at the Sakhir Grand Prix do not arise again.

The team was on course for a one-two finish, with George Russell leading for much of the race until lap 62, when he pitted for fresh tyres under a Safety Car deployed following a crash for Jack Aitken.

Russell was fitted part of team-mate Valtteri Bottas’ allocation, forcing him to circle around and pit again to correct the blunder.

Mercedes explained after the race that a radio issue was at fault for the error, which it now says has been stabilised for the Abu Dhabi Grand Prix this weekend.

“The pit stop problem has uncovered an underlying problem with our intercom, and we’ve put measures in place, both technically and in the way we operate, to make sure it doesn’t happen again,” Wolff said.

Speaking in Mercedes’ F1 Debrief video from Sakhir, the team’s Technical Director James Vowles explained that both Russell and Mercedes Sporting Director Ron Meadows were speaking over the channel at the same time, leading to mechanics getting a late message.

“You have to start by understanding that the radios that the pit crew use can only hear one voice at a time,” Vowles said.

“Although they are listening to more than one potential input source, they can only hear one input source at a time, not like a teleconference where you can have several people speaking at once.

“Right at the point where Ron was calling to the pit crew to do the double stack, George was also speaking on the radio.

“For half of the people on George’s side of the garage, their radios, instead of hearing what Ron was saying the radio, had latched onto what George was saying instead.

“So, one tiny mistake, programming the radios in a way that they could override hearing this really important call from Ronnie Meadows on the pit wall is what caused all that mess.

“We are just lucky, of course, that this happened now, after a championship was settled, or maybe not in next season when everything was live and really counting in the middle of a championship fight.”