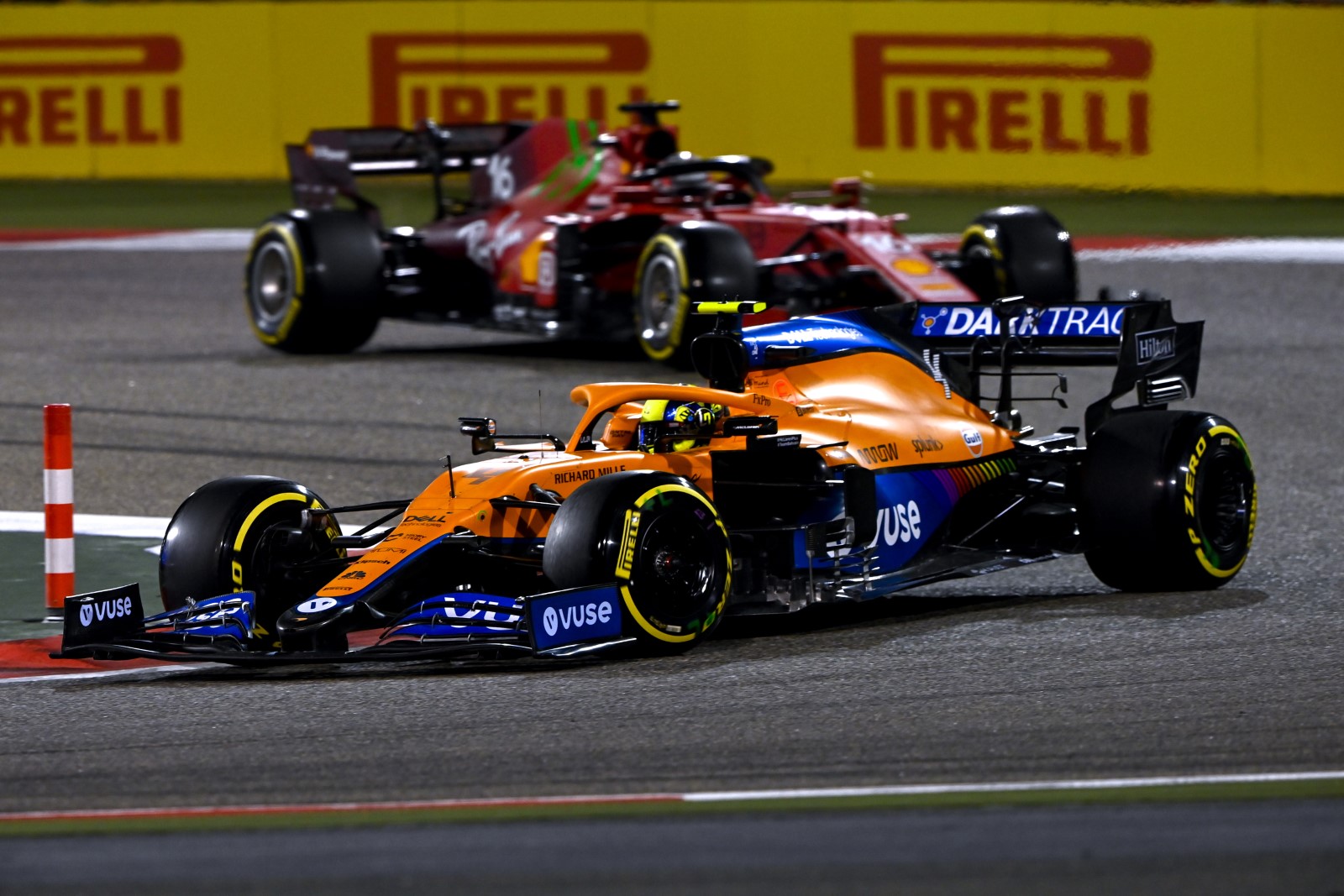 McLaren says it is “not a surprise” that Ferrari has made gains in Formula 1 this year and is eager for a season-long battle with its opponent.

McLaren finished third in 2020, surpassing Ferrari for the first time since 2011, as the Italian squad plunged to sixth amid struggles with its underpowered and draggy package.

Daniel Ricciardo, who grappled with floor damage after early contact from AlphaTauri’s Pierre Gasly, finished seventh, a second ahead of predecessor Carlos Sainz.

It means after one round McLaren has 18 points to Ferrari’s 12, with the next-best team – AlphaTauri – only on two points.

“Definitely with everything we’ve seen from the test and on Friday, Saturday and [the race in Bahrain], we are sure Ferrari has made a big step forward compared to last year, which is not unexpected,” said McLaren Team Principal Andreas Seidl.

“We always said we never underestimate the ability of a team like Ferrari with all the history, with all the resources they have, all the experience to come back quickly so it’s not a surprise. They have two great drivers as well.

“We are simply looking forward to battle with Ferrari again this year.

“How it will play out, exactly in detail, again I guess it’s simply too early to say. Definitely looking forward to battling this great team.”

Sainz spearheaded McLaren’s challenge across the last two years in terms of points but Seidl expressed confidence that Ricciardo can fill the breach.

“That’s obviously the target in terms of driver line-up, to have two top guys that are always able to get the maximum out of the car and out of a race weekend, to score good points,” he said.

“That was a good strength of our team the last two years. That was one key element of scoring these good positions in the Constructors’ Championship and we obviously wanted to make sure we keep going in that direction with our driver line-up.

“I am very happy that we have Lando and Daniel onboard. I think we have already seen [in Bahrain], I am absolutely convinced that we can continue this.”

Honda expects to have ‘mixed feelings’ in 2022
Binder: Eighth in Doha GP “felt great” after “hanging on for dear life”