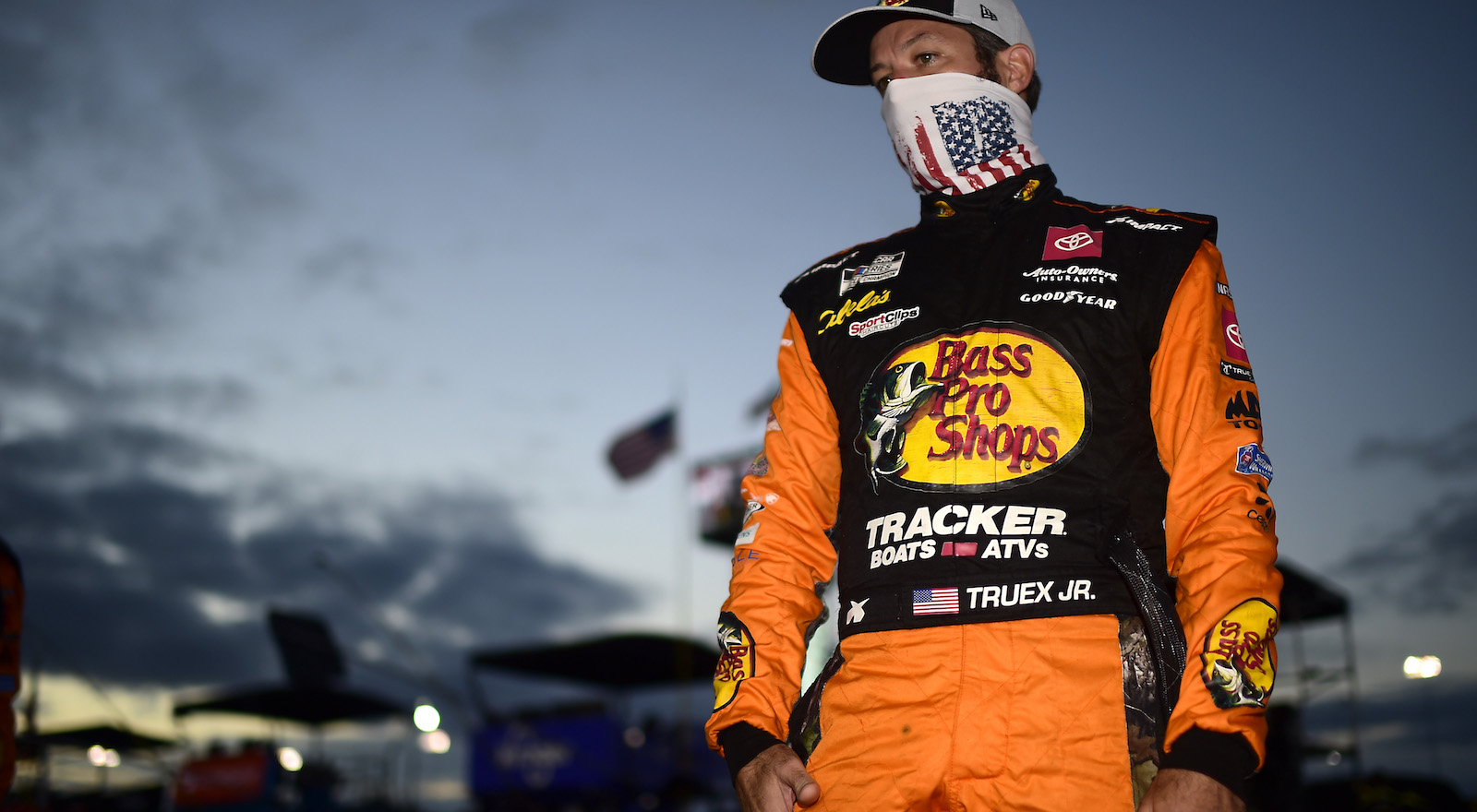 NASCAR officials didn’t like the spoiler on the #19 Joe Gibbs Racing Toyota of playoff driver Martin Truex Jr. during pre-race inspection Sunday at Texas Motor Speedway, ahead of the AutoTrader EchoPark Automotive 500. As a result, the spoiler was confiscated and Truex and his team were heavily penalized.

Truex was docked 20 driver points and his team 20 owner points. Crew chief James Small was fined $35,000 and ejected from the track.

In its penalty announcement, NASCAR cited violation of section 20.4.12.b of the 2020 rule book, which states, “Except as specified, spoilers must be used exactly as supplied from the manufacturer.”

Another result of the spoiler issue was Truex dropping to the back for the initial green flag for the second-consecutive race. He also had to start in the back the previous week at Kansas Speedway, because his car failed pre-race inspection twice.

“We don’t quit. We never give up. We’ll try to drive this thing to the front and see if we can win here today,” Truex said during NBCSN’s pre-race coverage of the Texas race. “Typically the biggest concern is stage points, especially that first one trying to get some. Obviously, the position we’re in now, we don’t have to worry about.”

Blake Harris served a substitute crew chief on the #19 team upon Small’s ejection.