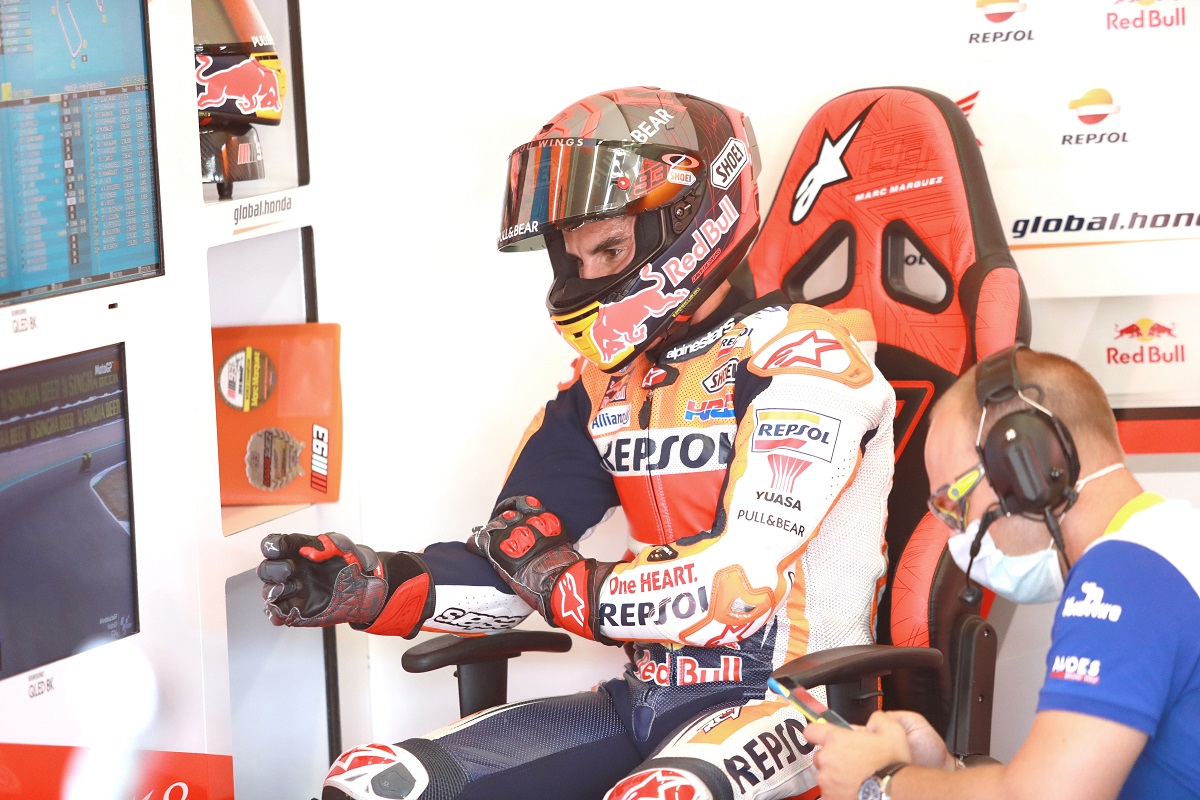 The Japanese manufacturer confirmed that the six-time premier class world champion had gone under the knife at the Ruber Internacional hospital in Madrid after suffering “pseudarthrosis of the right humerus”, a disease that prevents the healing process of a broken bone.

Marquez’s surgery consisted of a replacement metal plate attached to his injured right humerus as well as a bone graft in order to try and aid the bone’s continual healing process, Honda admitting that specific shock wave treatment on the arm did not work.

Honda revealed Marquez’s procedure lasted for eight hours and was “uneventful”, though the organisation failed to comment on any expected recovery time-though as his arm has effectively not improved since his previous surgery back in August, a minimum of four months will likely be needed to allow a return to competition.

This would mean he would be in danger of missing the 2021 season opening Qatar Grand Prix in March having already missed pretty much the entirety of the ’20 campaign after sustaining his injury in the first race of the year at Jerez.

“Marc Marquez has undergone a new operation on his right arm as a result of the slow healing of the humerus bone, which has not improved with specific shock wave treatment,” began Honda’s statement.

“Today the rider has undergone surgery at the Hospital Ruber Internacional, in Madrid, for a pseudarthrosis of the right humerus.

“The surgery, carried out by a team made up of doctors Samuel Antuña, Ignacio Roger de Oña, Juan de Miguel, Aitor Ibarzabal and Andrea Garcia Villanueva, consisted of the removal of the previous plate and the placement of a new plate with the addition of an iliac crest bone graft with a corticoperiosteal free flap.

“The surgical procedure lasted for eight hours and was uneventful.”

Marquez suffered a further set-back to his 2020 campaign as he caused further damage to his humerus after apparently trying to “open a window”, meaning he had to skip the Czech GP too due to having his first metal plate replaced.

He tried to return for the first Austrian contest, though could only make it through the first practice session before deciding to push his comeback back even further, though continued problems forced him to miss the rest of the season, Suzuki’s Joan Mir going on to secure a maiden MotoGP crown.

Andrea Dovizioso could potentially find himself in the pound seat should Marquez fail to recover sufficiently to return for the Qatar GP, the Italian having elected to take a sabbatical as he looks for a future project, though the manufacturer could always recall test rider Stefan Bradl to join new signing Pol Espargaro, the German having replaced Marquez for the remainder of ‘20.