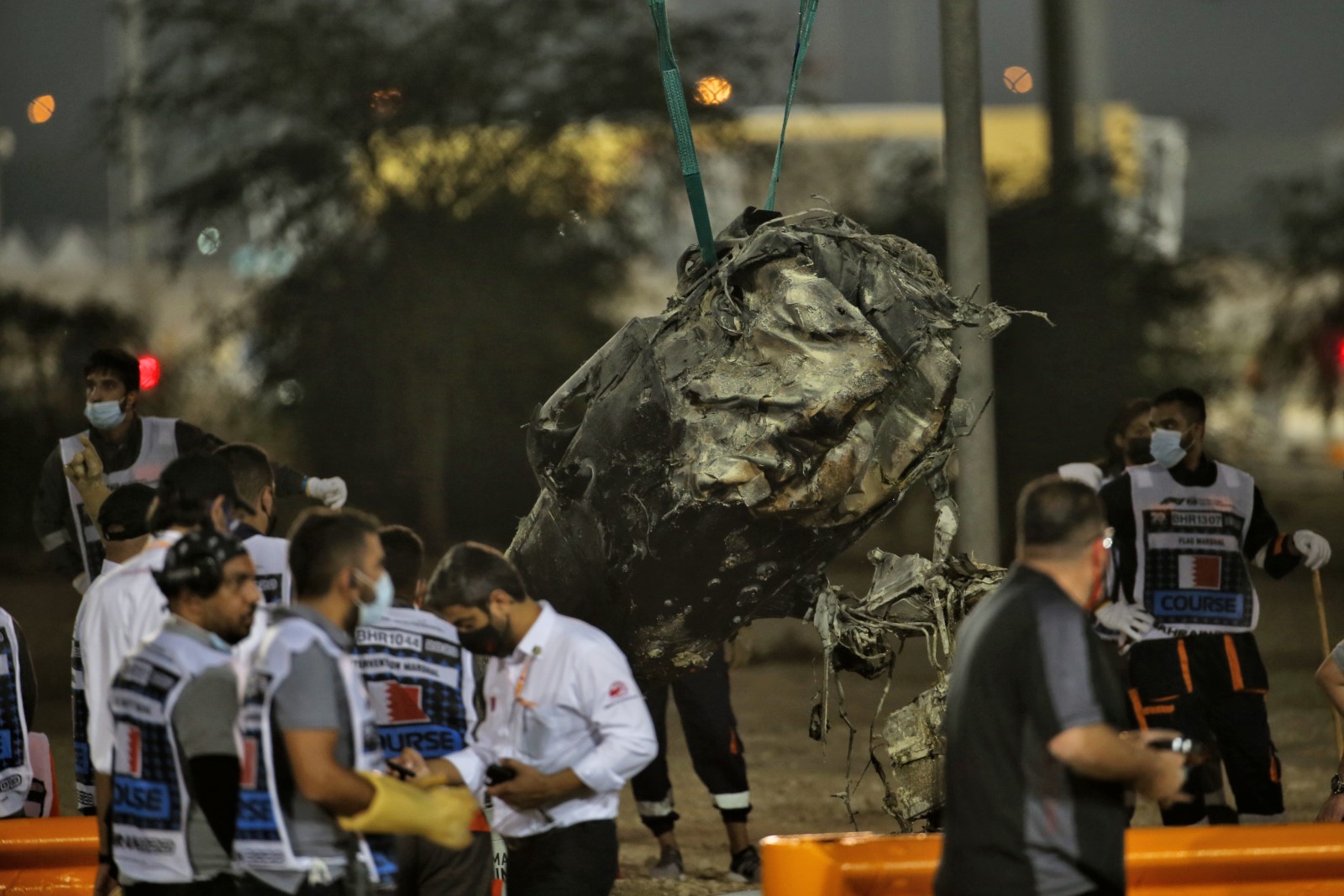 Haas driver Kevin Magnussen says it is “a miracle” that team-mate Romain Grosjean survived a violent accident at the start of Formula 1’s Bahrain Grand Prix.

Grosjean suffered a head-on impact with the Turn 3 barriers at a speed of 221km/h (137mph), splitting the VF-20 in half, bursting into flames in the process.

Grosjean extricated himself from the wreckage and was quickly tended to by the medical crew, transported to the medical centre, before being taken to hospital.

Haas confirmed on Sunday evening that he will remain in hospital overnight due to burns sustained on the back of both hands but he has been cleared of any fractures.

Magnussen has been team-mate to Grosjean for four years, forming one of the longest-running partnerships in Formula 1, though neither have been retained for 2021.

“Firstly, I’m just very, very happy to see Romain walk away from that crash – it was unbelievable, the crash he had there,” said Magnussen.

“To see him survive that is frankly a miracle.

“I’m so happy that the halo was introduced, and that we have this thing on the car. Without it I’m sure it would have been very different.

“That’s really all from me today. I’m just happy that we’ve still got Romain.”

Magnussen went on to finish the race as the final classified runner in 17th position.

“It was not our day, I lost my front wing on the second restart, had to pit again, and they were my tyres for the rest of the race,” he said.