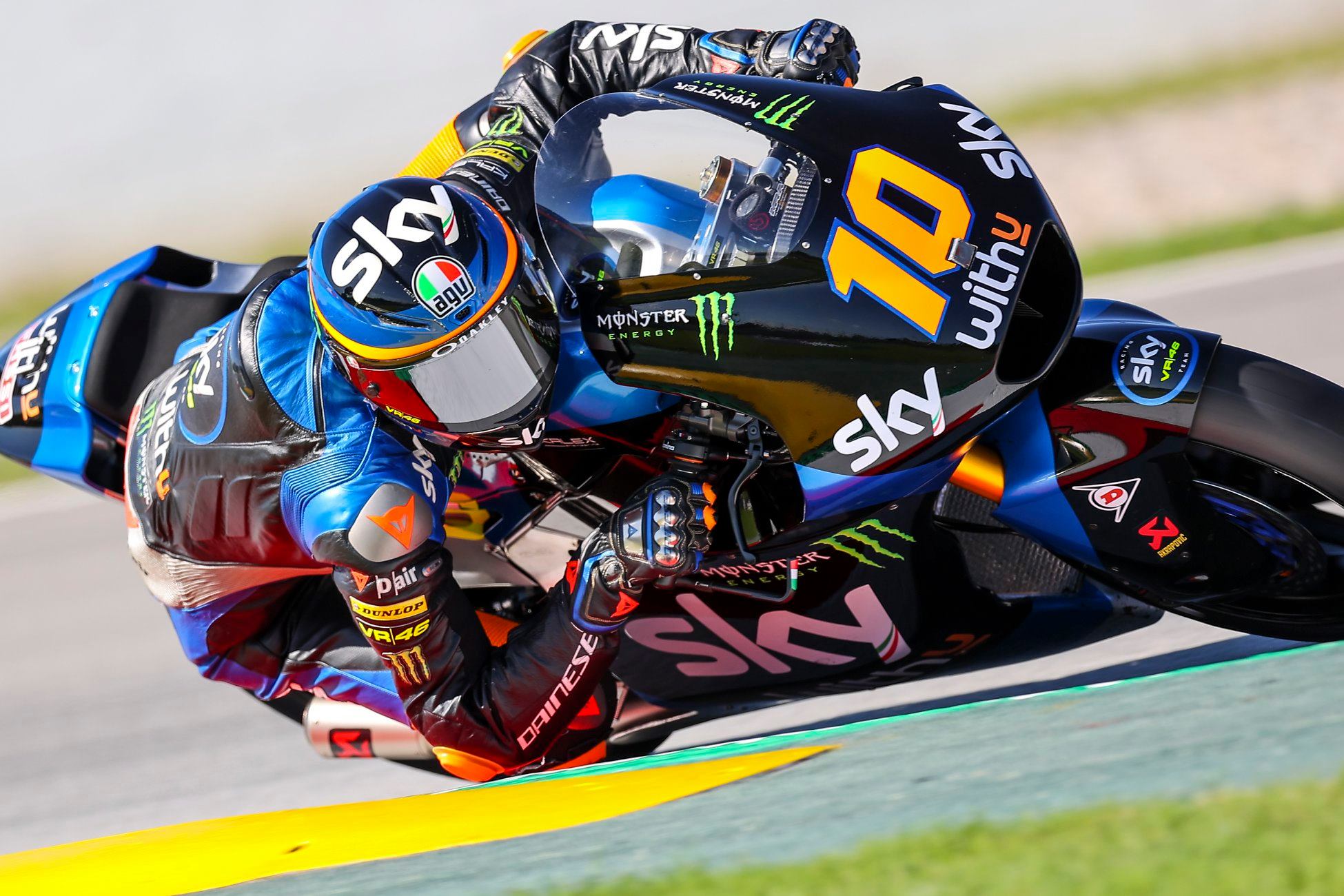 Team VR46 rider and Moto2 championship leader Luca Marini rode to victory at the Moto2 Catalan GP, having started from pole position on the grid.

Marini was the man in control, only dropping one place throughout the entirety of the 22-lap stint.

Close behind the Italian was the Marc VDS rider of Sam Lowes who fought his way through the field to finish in P2, the number 22 man sitting in the top 3 positions for the duration of the race.

Fabio Di Giannantonio completed the podium in for the MB Conveyors Speed Up team, the rider gaining one place just ahead of his team counter-part Jorge Navarro.

Turn 9 seemed to be the nemesis for the Petronas Sprinta pilots as the bike of Brit Jake Dixon broke down just six laps in, whilst Xavi Vierge crashed out just two laps later, sliding his bike into the gravel.

There was also heartbreak for Enea Bastianini as he lost ground in the early stages of the event, coming under attack from several riders, but the Italian managed to hold his own later on and muscled his way back to finish in 6th place.

Lowes’ team-mate Augusto Fernandez as the Spaniard crashed out on the very last lap at turn 2 in an unfortunate day of events, the rider’s bike having caught fire in the warm-up session, meaning he was forced to use his spare bike.

A clash between Stefano Manzi and the Italtrans rider of Lorenzo Dalla Porta saw the two men also make an early exit, both riders crashing just five laps into the race at turn 10.

It was a better race for Tennor American Racing’s Joe Roberts as he stormed his way through the pack from the third row of the grid to finish two places higher in P5.

Finishers outside the top 10 include the number 23 rider of Marcel Schrotter who also crashed in the warm-up session, followed by Thomas Luthi in P11 and Japanese rider Tetsuta Nagashima who brought his KTM home in P12.

Riders Andi Farid Izdihar, Kasma Daniel, Piotr Biesiekirski round up the remainder of field, finishing in P20, 21, and 22 respectively.