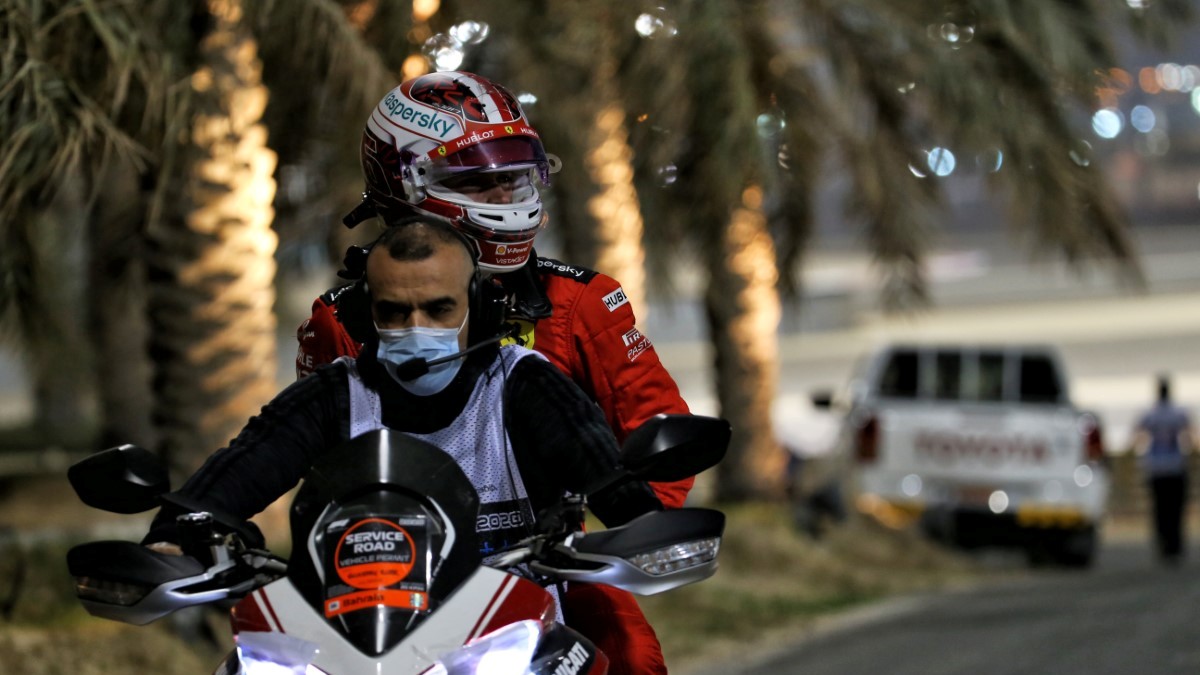 Ferrari’s Charles Leclerc has been handed a three-place grid penalty for the 2020 Formula 1 season finale in Abu Dhabi next weekend for his role in the opening lap crash of the Sakhir Grand Prix.

Leclerc attempted to make a pass on the inside of Sergio Perez into Turn 4, but locked up and collided with the Racing Point, spinning Perez around.

Amongst the chaos, Red Bull’s Max Verstappen was also forced off the track and into the outside wall whilst trying to recover back onto the circuit.

The resulting collision broke the left front suspension on the Monegasque’s Ferrari SF1000 car, leaving him to park the car next to Verstappen’s stricken Red Bull in the outside barrier.

Despite the collision with Perez, the Mexican put in a stunning performance to come back through the field and win the race after Mercedes’ capitulation.

The Stewards deemed Leclerc to be at fault for the collision after the race. In a statement released by the FIA, it said: “The Stewards heard from the driver of Car 16 (Charles Leclerc), team representatives and have reviewed multiple angles of video evidence.

“Car 16 braked too late into Turn 4, locking the front right wheel and colliding with Car 11 which was taking the normal racing line into the corner.”