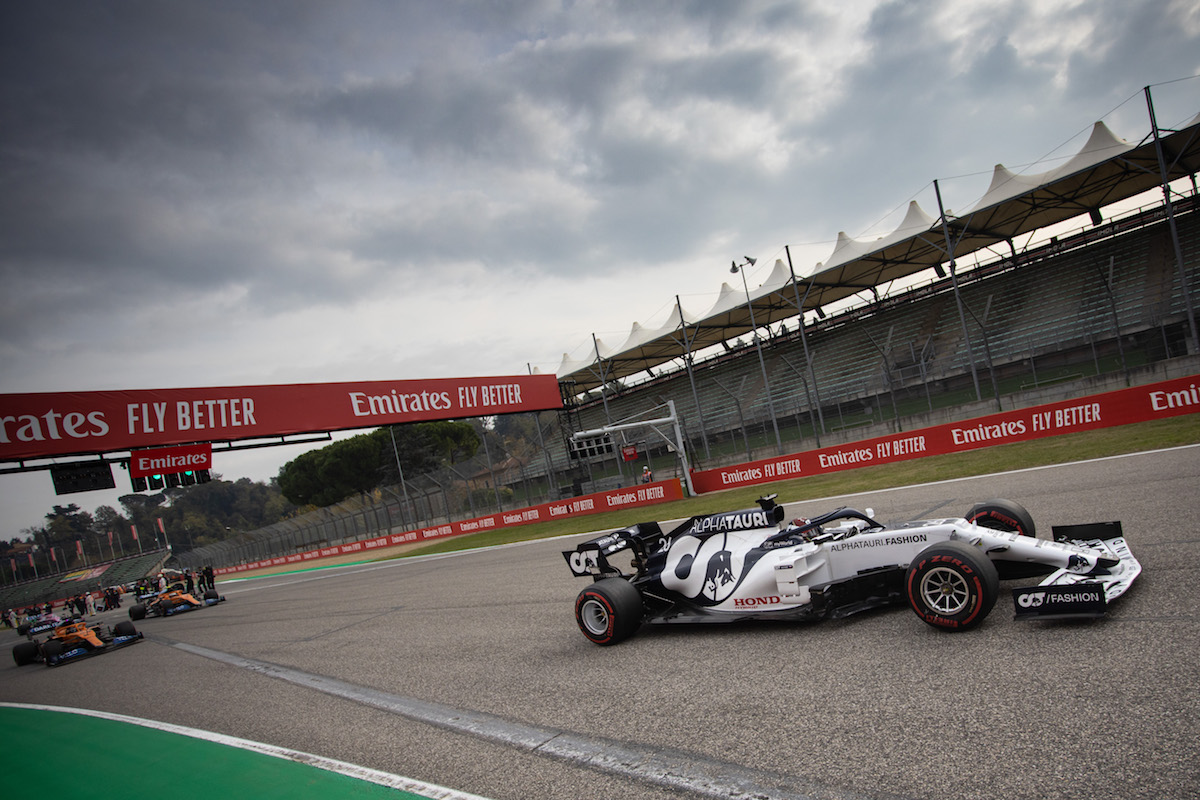 Daniil Kvyat says he is “proud” to have seen the AlphaTauri team grow from strength to strength following his drive to fourth at Imola.

The Russian made a series of overtakes in the final laps of the race to secure his best finish since his podium in Germany last year.

Kvyat first raced for the Faenza-based squad in 2014, when it ran under the Toro Rosso name, and believes the strong result on Sunday stems from the team’s growth.

“It was a very strong race, I’m very happy from my side, from the team’s side,” Kvyat said. “No mistakes, very good decision-making progress, very happy with them.

“I had a lot of fun on that Safety Car restart lap. I overtook two cars on the main straight, very risky move but it paid off.

“And then Leclerc, around the outside at Turn 9. It was very good fun, I had to take some risks. A shame to miss the podium but I pushed until the end.

“Daniel [Ricciardo] just managed to warm up his tyres when I got behind him, maybe something we can look into in the future. But nonetheless, very happy and proud of this result.”

Kvyat’s prospects beyond the 2020 season at AlphaTauri look bleak amid rumours that the team will hire Yuki Tsunoda next year.

The 26-year-old believes his driving is enough to warrant an F1 seat, but understands that the ultimate decision is not in his hands.

“I’m doing enough for sure,” Kvyat stated. “But it’s not everything up to me.

“There are other things that are out my control. I’m just focusing on enjoying these last five races of the year and then we’ll see.”