Kevin Harvick on pole for South Point 400 at Las Vegas 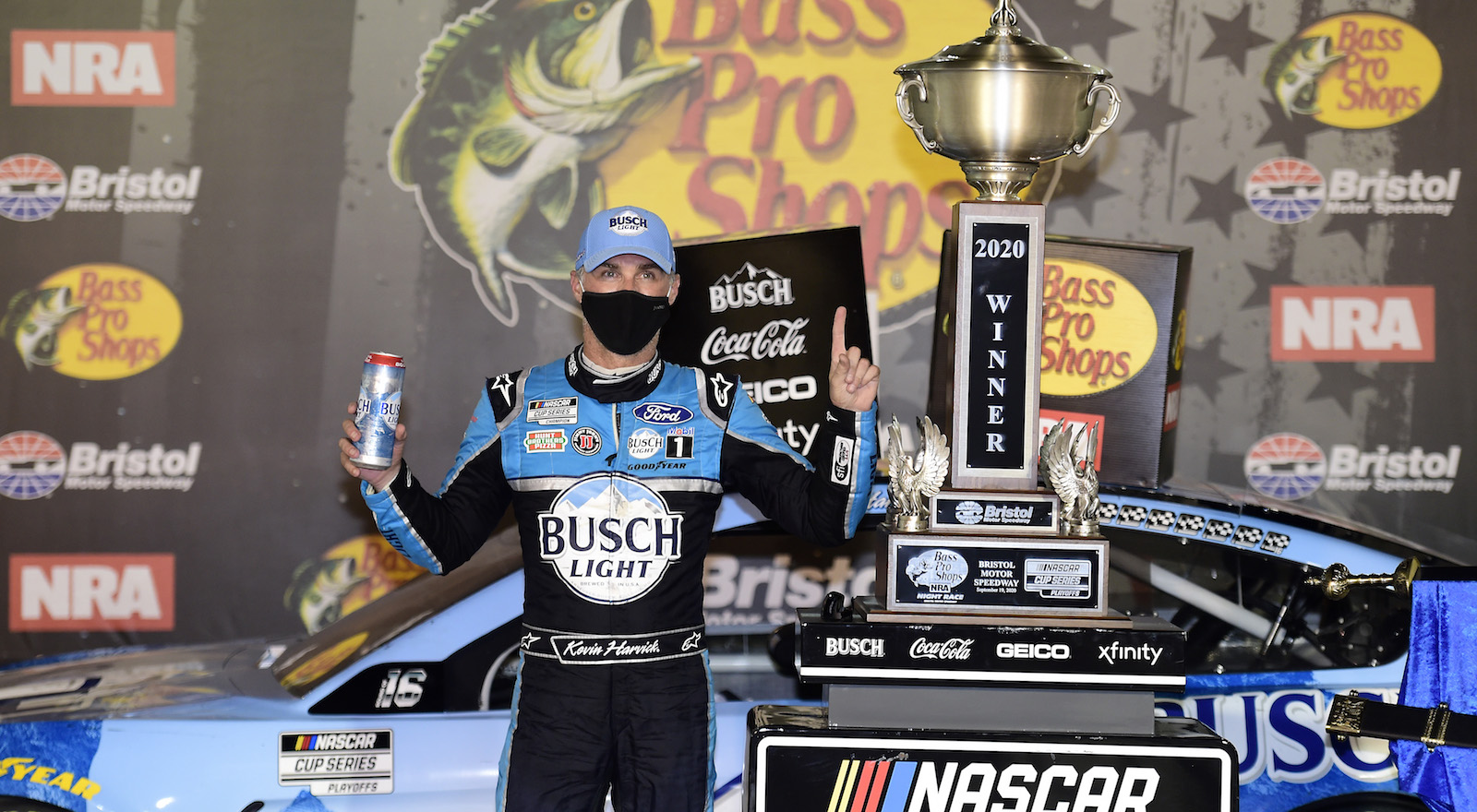 After closing the first three-race round of the 2020 NASCAR Cup Series playoffs with his series-leading ninth win of the season at Bristol Motor Speedway the previous weekend, regular-season champion Kevin Harvick will begin round two on the pole of the South Point Casino 400 at Las Vegas Motor Speedway on Sunday.

“I think, for us, you just want to keep doing what you’re doing,” Harvick said. “You don’t want to get out of rhythm; you don’t want to start thinking about what could happen or what did happen. You just go and do what you do on a week-to-week basis, climb in the car, drive it as hard as you can. The guys are going to put what they think is the best setup in the car for that particular week, and everybody wants to achieve the same goal, so nobody is trying to have a bad night or a slow car. Everybody is coming to the race track trying to do everything that we can, but the thing I can tell you is, when things aren’t going 100 percent correctly on a race weekend, we’ve got a great group of guys on pit road; we’ve got a great group of guys back at home helping us and on the pit box and doing all the things that it takes to try to climb back in the race or strategize our way back in the race. Sometimes, those weeks, and I think Darlington is a great example of that, we just kept ourselves in the race and wound up in a position that capitalized on winning the race, even though we weren’t really in contention to win. You just want to stay in rhythm. It’s kind of like basketball or football, and you look at the teams that get the first-week bye, and then, they go to the next week, and it always makes me wonder if you wouldn’t just rather keep playing to stay in that rhythm, because I know for us, staying in the rhythm and just thinking the same way that we have all year is the best way to do it for us.”

The top-two race finishers from Bristol will start Sunday’s race at LVMS from the front row, with reigning champion and Las Vegas native Kyle Busch, still in search of his first win of the season, in the second starting spot.

One of Busch’s Joe Gibbs Racing teammates, Erik Jones, finished third at Bristol, but he’ll line up 13th on the Las Vegas starting grid, as he’s not in the playoffs, and remaining playoff drivers start in front of non-playoff drivers.

“Las Vegas has been a decent track for us, I’d say,” Jones said. “This race last year, we were actually really strong and had a really quick Camry, just had a mechanical problem towards the middle of the race and didn’t get to see how it was going to play out for us. I’m excited to get back there. Bristol was a really good race for us finishing third and being in contention at the end. Hopefully, we can keep that momentum going and have another strong run at Vegas and keep contending and being up front. As long as you’re running up front in the top-three, you’ve got a shot at the win, depending on how it’s going to work out. Hopefully, we’re in position, and I think Vegas is a good chance for us to win the first one of the season.”

Chase Elliott will start third Sunday, so all three manufacturers will have representation in the top-three of the starting grid. He’ll share the second row with one of Harvick’s Stewart-Haas Racing teammates, Aric Almirola.