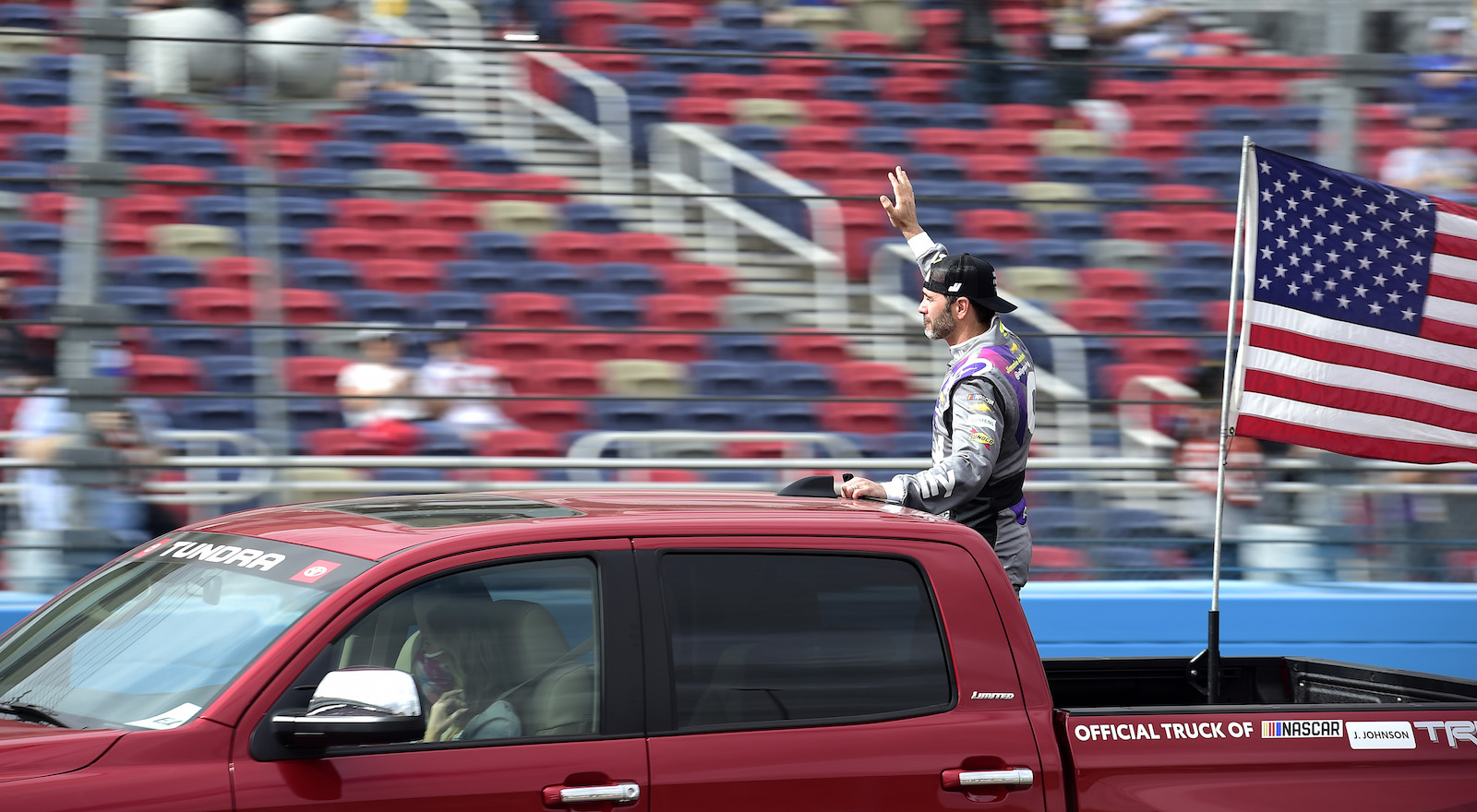 Jimmie Johnson was honored with the Bill France Award of Excellence during the NASCAR Awards program that aired on the NBC Sports Network on Nov. 18, replacing the annual NASCAR awards banquets for its three national series because of the COVID-19 pandemic.

“What an honor this is. I’m so thankful for the contributions of your family and the vision that your family had to create this premier form of racing,” Johnson said to award presenter Ben Kennedy, NASCAR Vice President of Racing Development and great-grandson of NASCAR founder Bill France. “To play a part of that and to have the success I’ve had in this sport is so meaningful to me.”

Johnson, who began his full-time Cup Series career in 2002, retired from full-time competition as a Cup Series driver at the end of the 2020 season. He spent his entire Cup Series career as driver of the #48 Hendrick Motorsports Chevrolet. He won 83 times in 686-career races, tying Cale Yarborough for sixth on the Cup Series all-time wins list.