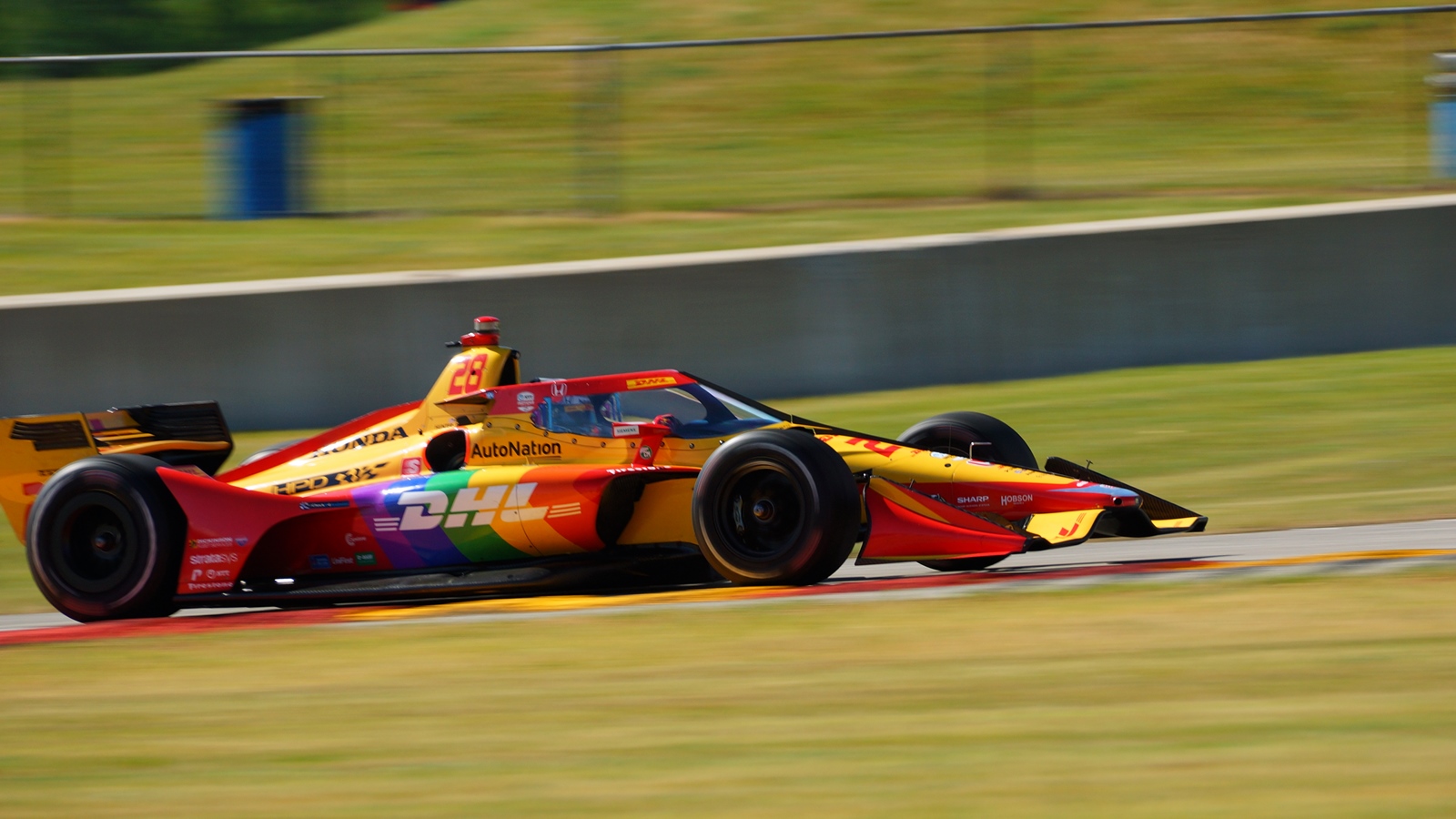 With Friday’s practice from Road America in the books, multiple veteran drivers have commented that the grip levels were much lower than they have experienced before.

Even though he finished second on the timesheets, Ryan Hunter-Reay was one of the ones that felt his car struggling to stay under control as he wound around the 4.05-mile track.

After the session, the 40-year-old commented that it wasn’t just the lack of grip, but also that the tires felt even worse after only a few laps.

“The track was tough today,” said Hunter-Reay.  “Low grip.  I expected it to be low grip just with the track temp, the overall ambient temp is close to 90 degrees [Fahrenheit].

“Usually here we have cooler conditions. It is an older surface, so I expect it to be light, not that light.  But it’s the same for everybody.  I think it’s going to grip up more tomorrow with cooler conditions and more rubber going down despite it raining tonight.

“The tire degradation was huge.  I haven’t experienced that here before.  It was third or fourth lap, then it just wasn’t there.

“I took advantage of that early, tried to make some changes.  But every time you went out, it felt worse.”

Josef Newgarden echoed Hunter-Reay’s thoughts, saying that it was much trickier out there than he had experienced before.

He did acknowledge, however, that if the track did not gain some grip before the race takes place on Sunday, it will be an exciting 55 laps.

“It was trickier than last year.  Definitely put a premium on getting it right the first run because the dropoff seems pretty big, at least close to one second [per lap], first to second run on tires.

“I think it will be super exciting if it’s this grip level all weekend, just because you’re going to see guys struggle.

“Some are going to do well, some are not.  Yeah, it will definitely make it more exciting.  Big tire deg, you see big battles, especially in the mid pack.

“Could be fun to watch. Hopefully I’m on the right side of that.”

It wasn’t just the front runners that were struggling with grip, with a few drivers going through the grass while pushing the envelope, including Will Power.

Nobody made a big enough mistake to hit the wall and cause a stoppage in the session, but there will definitely be some cautious first laps out for tomorrow’s session while the drivers feel out the limits of their cars.

The grip levels could go out the window completely for Sunday, however, because there is a chance that rain could move in just as the green flag flies.