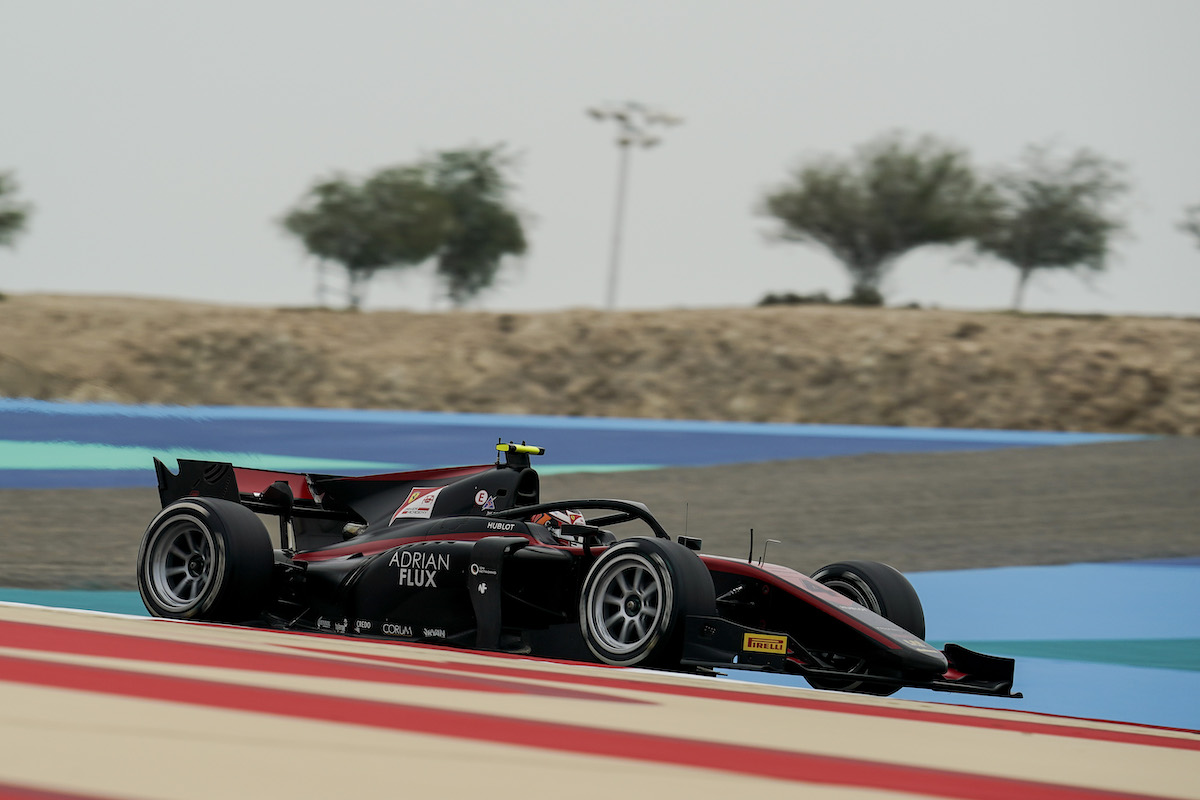 Callum Ilott closed on Formula 2 title rival Mick Schumacher by storming to pole position, his fifth of the year, for the penultimate round of the campaign at the Bahrain International Circuit.

Schumacher entered the event 22 points clear of Ilott but the Briton clocked a time of 1:41.479s to finish almost four-tenths of a second clear of nearest rival Felipe Drugovich.

Schumacher, without a pole position this year, could manage only 10th position.

DAMS’ Dan Ticktum and ART Grand Prix’s Marcus Armstrong will line up on the second row of the grid while Guanyu Zhoua and Giuliano Alesi claimed fifth and sixth respectively, with most of the title challengers struggling for pace.

Nikita Mazepin and Christian Lundgaard were only seventh and ninth respectively though still fared better than Schumacher, the other Prema of Robert Shwartzman, and Red Bull-backed Yuki Tsunoda.

Shwartzman was a lacklustre 14th while Tsunoda ran wide across the entry kerb to Turn 13 and spun, before stalling, leaving him at the back of the 22-car grid, without a representative time to his name.

The Feature Race for the penultimate round of the F2 campaign gets underway on Saturday at 12:10 local time.