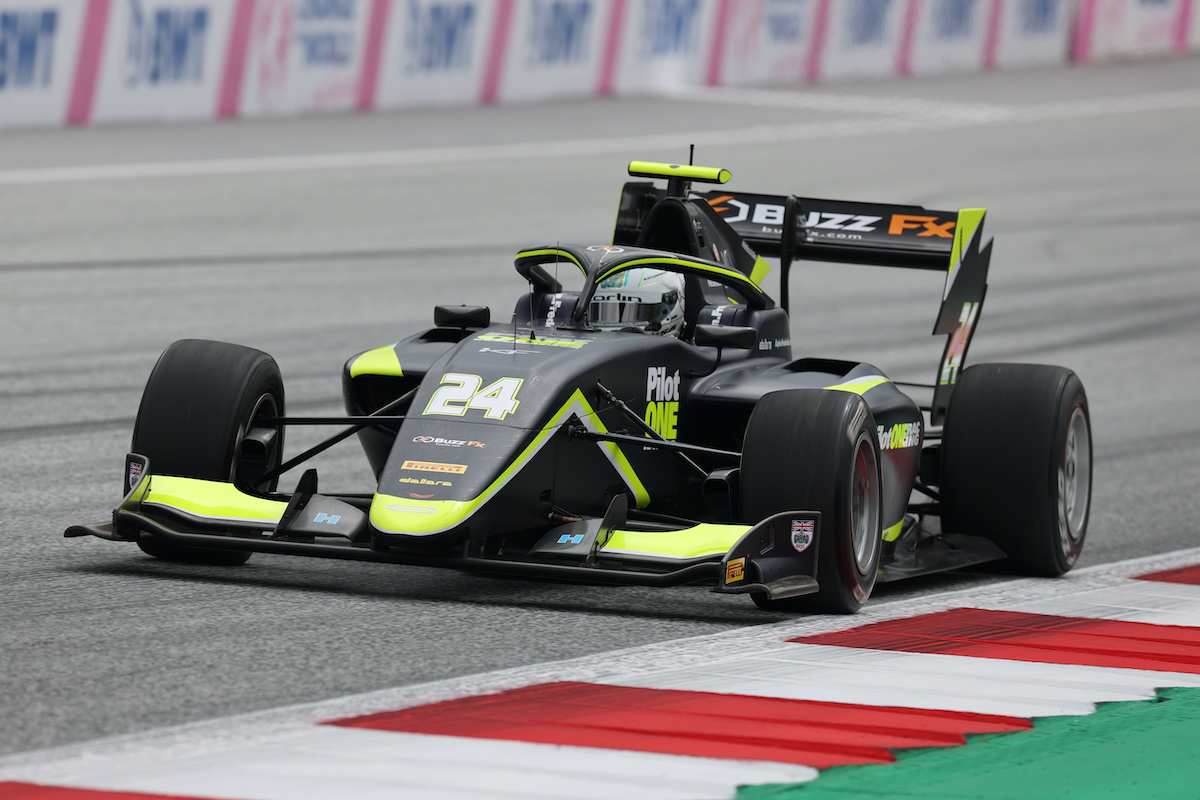 Jake Hughes will return to FIA Formula 3 this weekend with Carlin Buzz Racing to substitute for Kaylen Frederick at the Hungaroring this weekend.

Frederick suffered a thumb injury at the previous round at the Red Bull Ring, of which surgery was required and a cast was fitted.

The American is undergoing physiotherapy in time for the round after Hungary, which will be at Spa on the weekend of the Belgian Grand Prix.

Hughes is a three-time race winner in Formula 3, all of them coming with HWA Racelab in 2019 and 2020, and he returns to Carlin, where he has already raced with in the 2016 Macau Grand Prix.

The 27-year old is thankful to everyone within the team on allowing him the opportunity to race including Team Principal Trevor Carlin.

“Thank you to Kaylen’s sponsors and Trevor for thinking of me and asking me to represent them this weekend,” Hughes said.

“Obviously, every driver wants to be racing, so I’m really looking forward to being back in the car again this weekend.

“I will be working hard to help the team and Kaylen the best I can with my previous experience in the championship. Budapest is a notoriously difficult circuit to overtake on so getting up to speed quickly for qualifying will be key.”

Video: How do teams develop a Formula 1 car?
Crutchlow to make MotoGP race return in place of injured Morbidelli at Petronas SRT