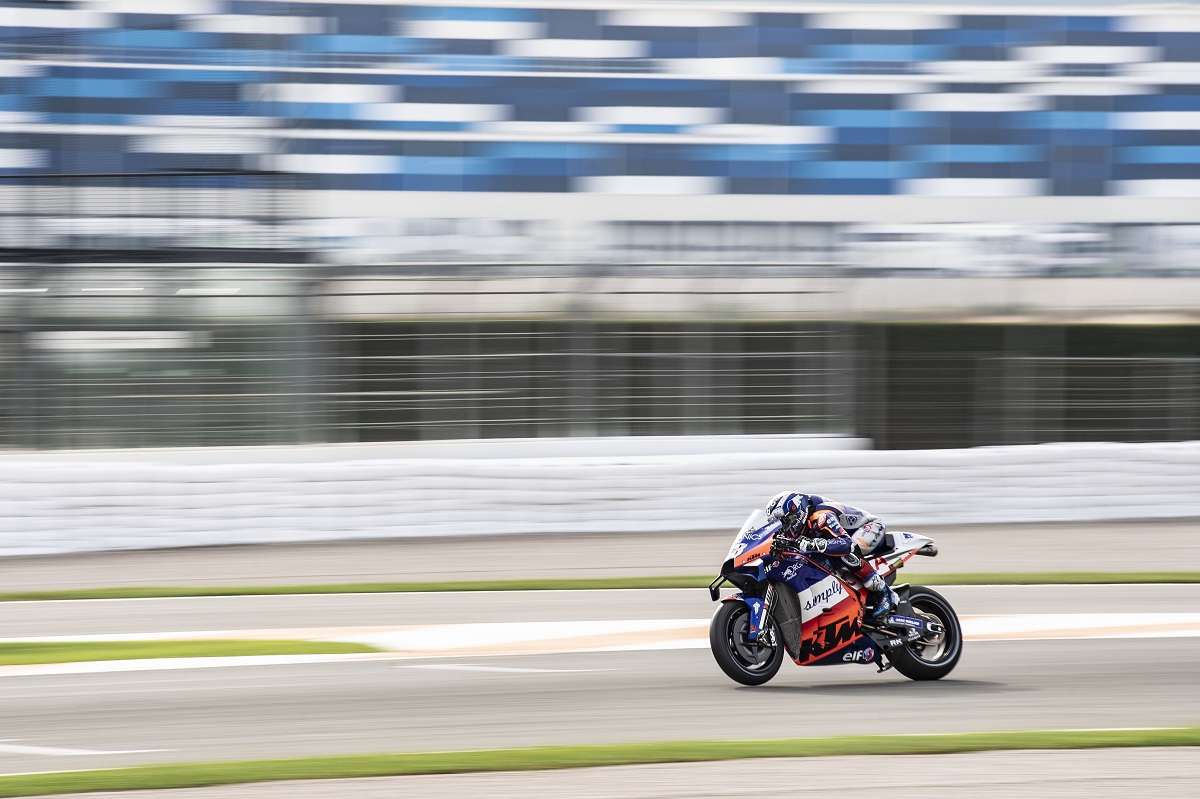 Oliveira lit up the timing screens as the 70 minute test got underway, the riders afforded an extra 25 minutes in both FP1 and FP2 on Friday due to the Algarve International Circuit being new to the MotoGP schedule.

The Tech 3 man managed to etch his time down to a 1:41.703 by the end of his first sequence of laps, though this would soon be beaten as the MotoGP field built up their confidence around every tour of the 4.6km venue.

Vinales looked to have done enough to secure the top spot as he banged in a stunning 1:40.162 in the closing minutes, the Spaniards effort a massive 0.715 quicker than second-placed Fabio Quartararo.

Not wanting to be out-done in his first home GP, Oliveira wound up for his own final flyer as the session clock ticked down to zero, the 2021 KTM factory rider blasting to a 1:40.122 to deny Vinales the FP1 spoils.

Aprilia starred-likely in part to the recent test at Portimao in which they were able to use their RS-GP in deference to the other manufacturers that had to use modified road bikes due to the Italian manufacturers concessions-with Aleix Espargaro leading team-mate Lorenzo Savadori to a pair of top five appearances, the former third with the latter fourth just 0.061 further back.

Fabio Quartararo slipped to eighth after heading the timesheets for most of the final segment of the session, just ahead of Honda duo Takaaki Nakagami and Stefan Bradl-the German leading the way for a short while for the factory squad.

The main protagonists for the runners-up spot in the overall riders standings played it safe early on, with Alex Rins 11th overall ahead of Franco Morbidelli in 13th, the duo separated by Andrea Dovizioso’s factory Ducati.

Mika Kallio completed the times on the Finn’s one-off comeback to premier class competition, the KTM tester deputising for Iker Lecuona this weekend after the Andorran native tested positive for Covid-19 on the run-up to the Portuguese GP.