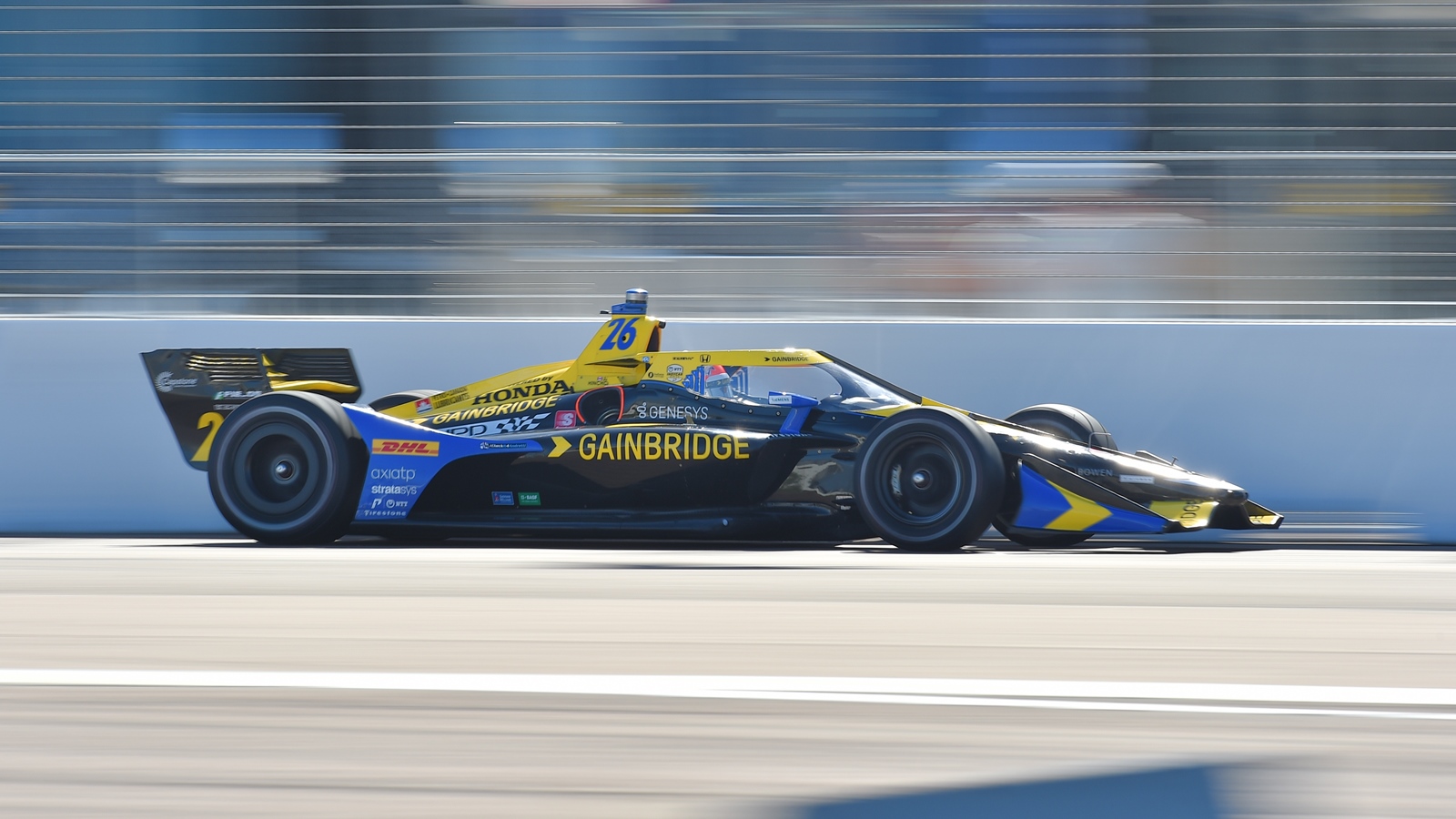 Colton Herta has been confirmed as a driver for Andretti Autosport once again next season, securing a seat for the 20-year-old’s third full season in IndyCar.

His move from the #88 the #26 Gainbridge entry places Herta into the main Andretti team, as opposed to the Andretti and Harding Steinbrenner joint operation that he was a part of last season.

Herta has been a standout performer in his short time in IndyCar.  He found victory in only his third start at the beginning of 2019, and finished in the top-five at half of the races this past season, securing a third place points finish in the process.

“I’m really excited for this new partnership with Gainbridge, they’ve been a huge supporter of Andretti Autosport and IndyCar as a whole,” said Herta.

“The livery is wonderful to look at and will pop at every track we go to; I can’t wait to see that Gainbridge livery at the front of the field.”

Herta effectively takes over Zach Veach’s ride, with the Ohio-native having been removed from his seat with three races remaining in the 2020 campaign following mediocre performances throughout the year.

James Hinchcliffe filled in for the remaining races of the season, relinquishing his part-time role as a pit lane reporter in order to get back behind the wheel.

With Herta now confirmed for next season, Andretti Autosport has three returning drivers signed with Alexander Rossi and Ryan Hunter-Reay already having been announced.

“We’re really excited to welcome back Gainbridge and look forward to seeing what Colton can do in 2021,” said Michael Andretti, chairman and CEO of Andretti Autosport.

“Colton’s career has been on a steady rise.  We’re confident that he will continue to grow and advance, and we’ll see the #26 in victory lane soon.”