Hamilton: Practice ‘felt like first day back at school’ 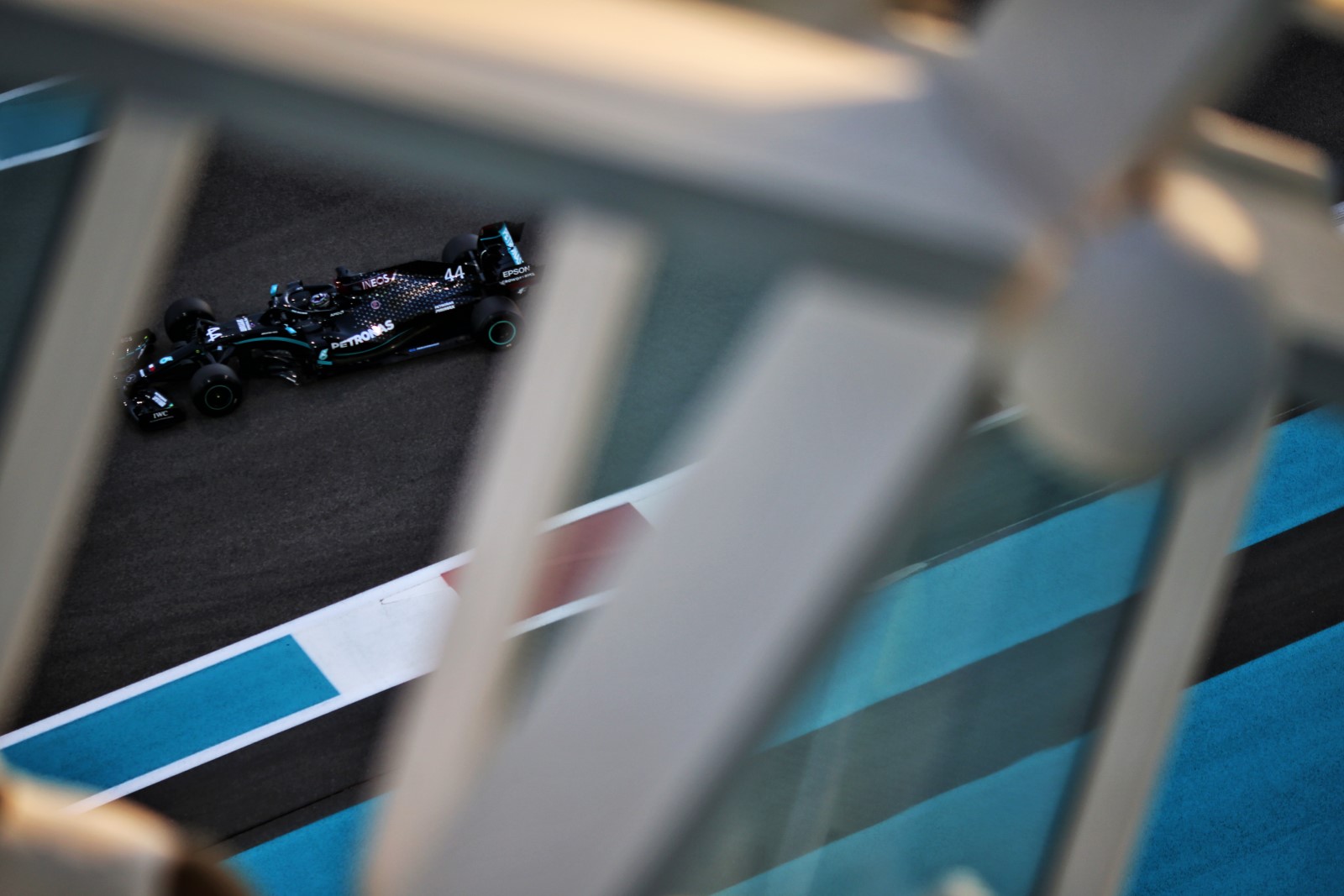 Lewis Hamilton says Friday practice at the Abu Dhabi Grand Prix “felt like the first day back at school” in the wake of missing last weekend’s round in Bahrain.

Hamilton tested positive for Covid-19 on November 30 and self-isolated in Bahrain, missing the second event in the country, but was cleared on Thursday to return to action by Formula 1 and the relevant authorities.

Hamilton travelled to the United Arab Emirates, arriving on Thursday evening, and returned to the W11 for Friday’s two sessions at the Yas Marina Circuit.

Hamilton finished fifth in FP1, in which he was delayed by a brake issue, and claimed second in FP2, behind Mercedes team-mate Valtteri Bottas.

His best lap, set on Softs, was deleted for exceeding track limits.

“I was very, very happy and grateful this morning just to be back here and to try and finish off the season strong.

“It felt like first day back at school kind of thing. It definitely took a minute to get back used to it, for the first session, then second one I think still getting my bearings, but not too bad.

“I think we got through most of the stuff [that] we missed out on in the 40 minutes at the start of the day [with the brake problem].”

Hamilton commented that Russell “did an amazing job” in his place and that “it was definitely odd” to miss a race for the first time in his career, but played down any suggestions of having anything to prove this weekend.

“I just want to come here and enjoy this weekend, enjoy what I do, it has been a huge amount of work from everyone back at the factories and has been a privilege to race with them this year,” he said.