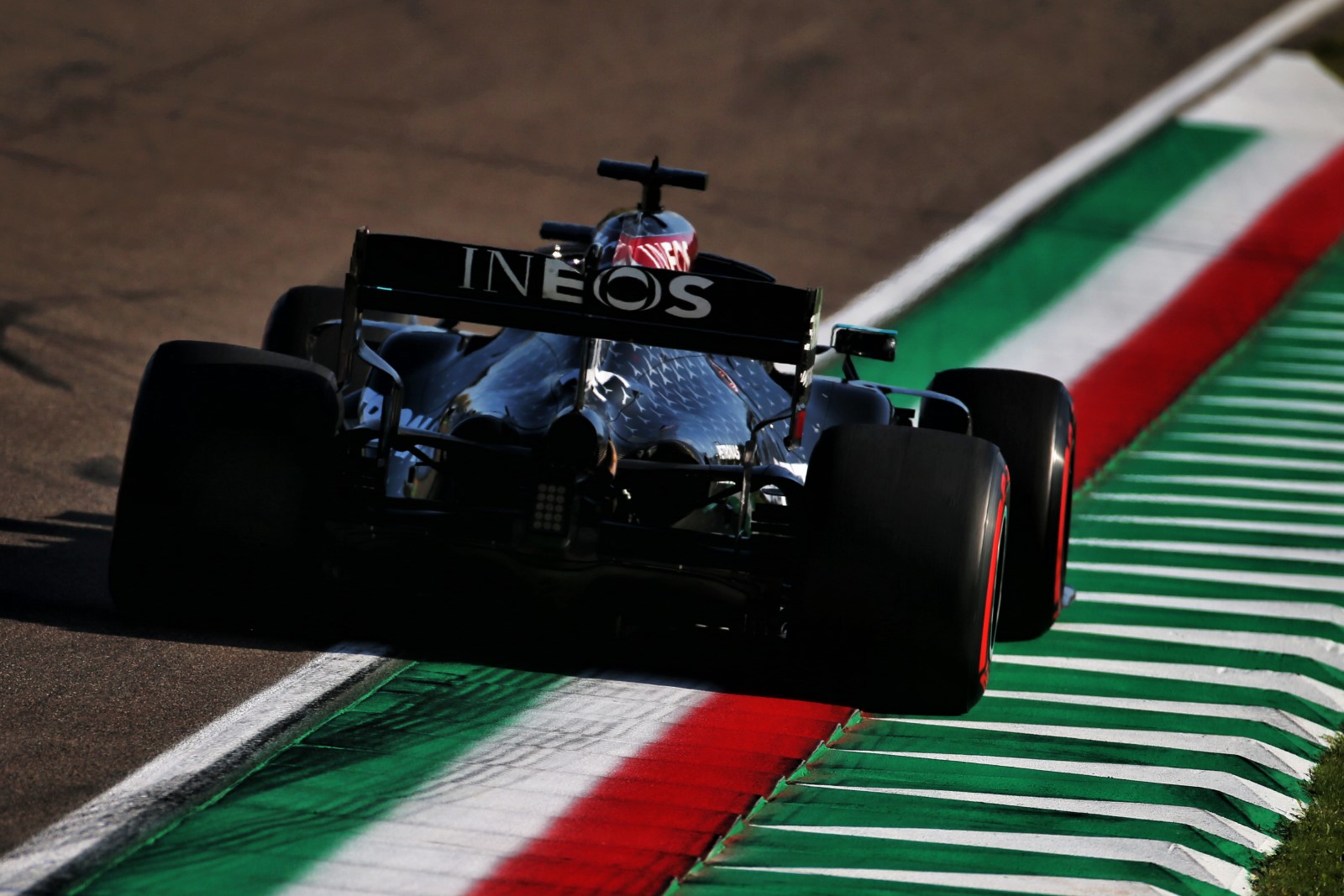 World Champion Lewis Hamilton says his final effort during Formula 1 qualifying at Imola was “pretty poor” and was encouraged to be so close to team-mate Valtteri Bottas.

The Mercedes pair again contested top spot as Formula 1 returned to the Italian venue after a 14-year absence.

Hamilton led the way after the opening Q3 runs and while he improved on his benchmark time he was overhauled by Bottas, who finished 0.097s ahead.

“Valtteri did a great job today so ultimately in Q3 I didn’t do… both laps weren’t that great to be honest, the first lap was okay, the second one was pretty poor,” said Hamilton.

“To only have been that far away considering is not so bad. We live to fight another day tomorrow.”

Hamilton revelled in the challenge of the Imola circuit, having never previously competed at the track in Formula 1, but expressed scepticism over its potential as a good race venue.

“The speed that we’re doing from Turn 2 onwards is really intense, the lap, just non-stop, medium-, high-speed, the grip is very, very high,” he said.

“So naturally the faster you’re going the harder it is to be inch-perfect.

“Valtteri did a great job today, it’s not going to be a great race circuit that’s for sure, I’ll be really surprised if it’s a great race to watch tomorrow as once you get into Turn 2 you can’t follow.

“Qualifying is perhaps a little bit like Monaco in that sense, I think the strategy as well is going to be interesting tomorrow, but there’s usually only a couple of options.

“It won’t be as good as last race in terms of opportunities to overtake, places you can follow, but as I said maybe we’ll be surprised.”