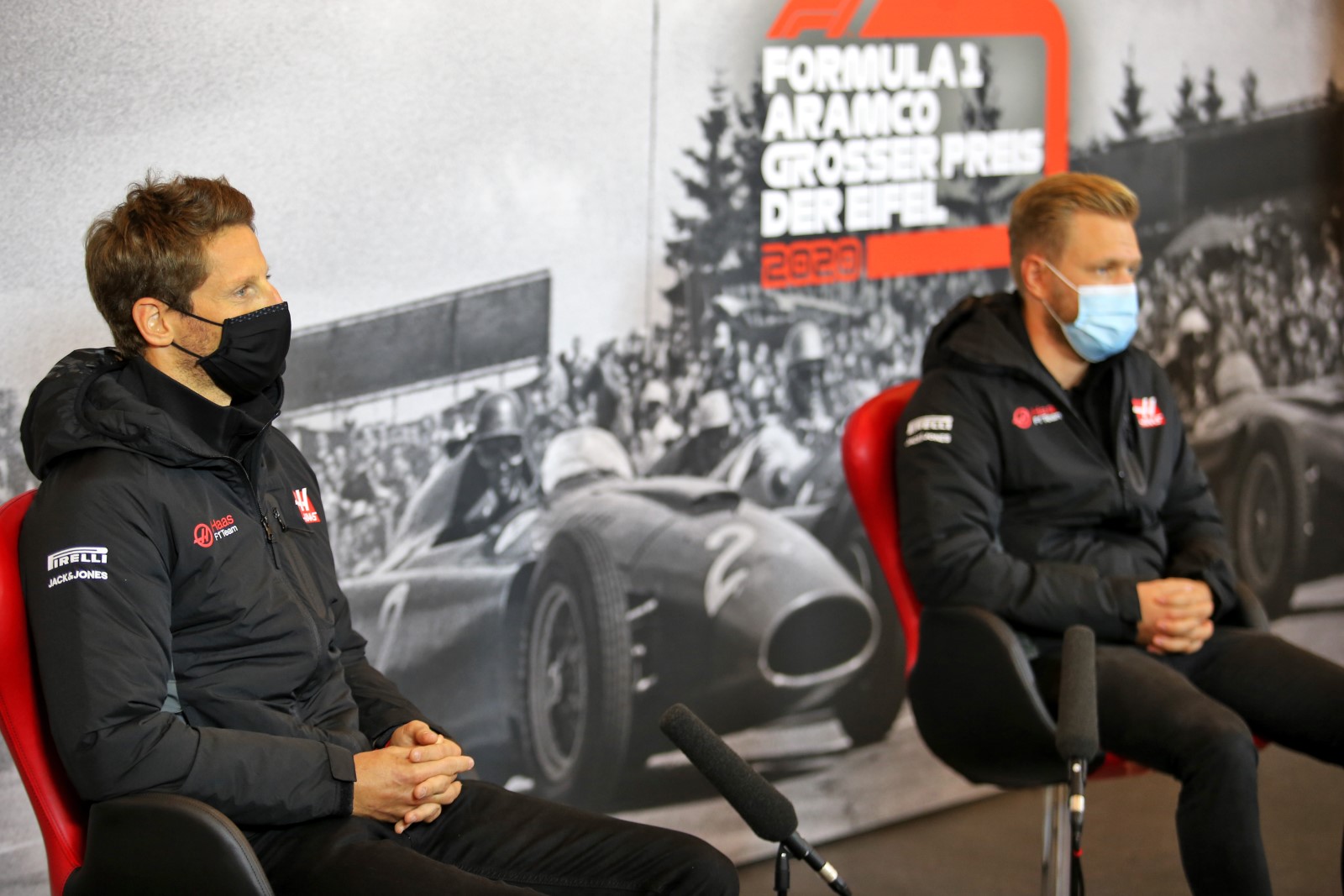 Romain Grosjean and Kevin Magnussen will exit the Haas Formula 1 Team following the conclusion of the 2020 campaign, the squad confirmed on Thursday.

Grosjean took 10 podiums for Renault/Lotus before moving across to Haas prior to its maiden Formula 1 campaign in 2016.

Magnussen competed for McLaren in 2014, then sat out the 2015 campaign, prior to returning to the grid with Renault in 2016.

He linked up with Haas for the 2017 campaign.

Haas has opted to enter 2021 with a revised driver pairing for the first time in its history.

It is understood that Mick Schumacher and Nikita Mazepin are favourites for the now-vacant seats.

Schumacher had been previously linked with Alfa Romeo but it is believed Haas are now the front-runners to secure his services with Kimi Raikkonen and Antonio Giovinazzi poised to stay on.

“I want to extend my thanks to both Romain and Kevin for their hard work and commitment to Haas F1 Team over the past few seasons,” commented team boss Guenther Steiner, announcing the current line-up’s exit on Thursday.

“Romain was a fundamental part of our establishment as we sought to get a driver onboard with both speed and experience.

“His results in early 2016 were a just reward, not only for his own talent, but also for the sheer amount of effort the team had put in to be on the grid that season.

“When Kevin joined a season later, we saw an immediate return with both cars scoring points, and of course, our first double points finish in Monaco that year.

“We have a lot of good memories together – in particular our 2018 season when we finished fifth in the standings in only our third season. Romain and Kevin played a significant part in that success.

“Of course, there is still plenty of racing left in the 2020 season. It’s been a challenging year, no doubt about that, but both drivers have given their all behind the wheel of the VF-20.

“We value their inputs and experience to keep pushing the team forward through to the Abu Dhabi Grand Prix in December.”