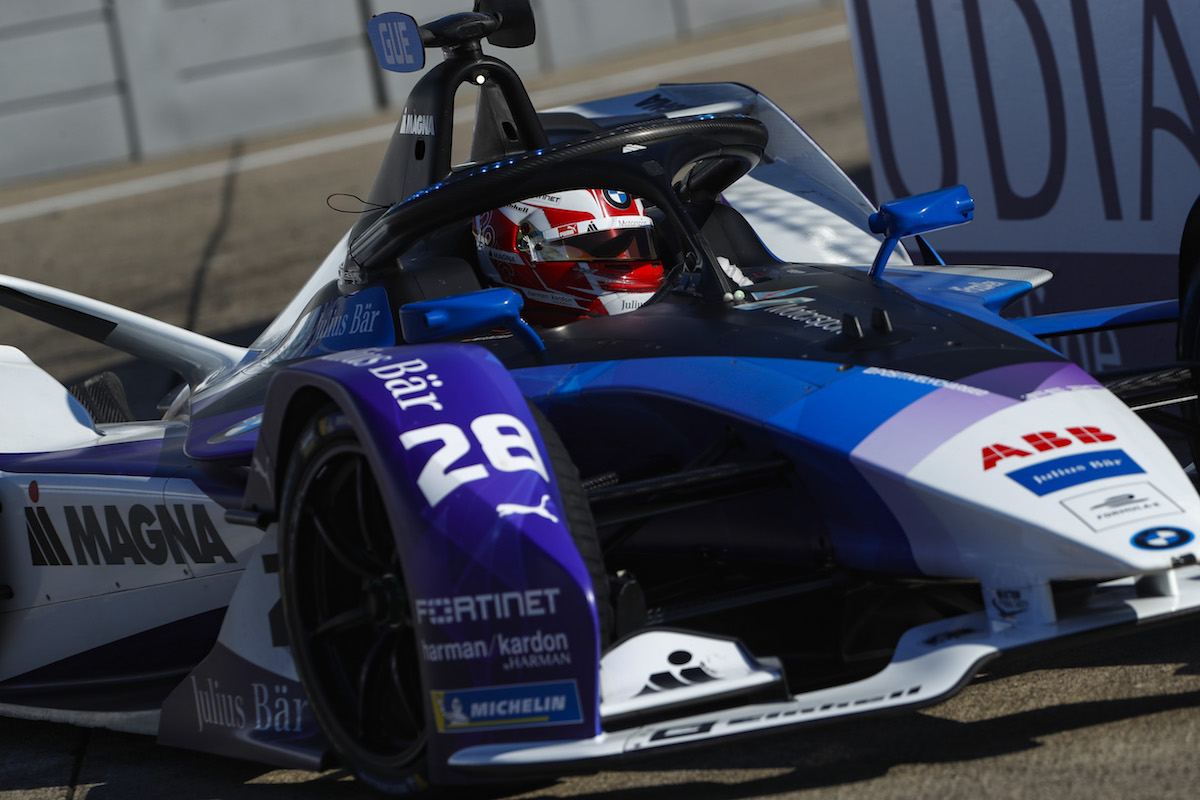 Maximilian Guenther concluded Formula E’s three-day pre-season test at the top of the timesheets by setting the pace for BMW i Andretti Motorsport.

The 23-year-old, who enters his second season with the team this January, set a best lap of a 1:11.760 in the final test session of the week – a run that placed him only 0.036s ahead of the rest of the field.

The German racer’s closest challenger was Sergio Sette Camara, who fronted a 2-3 result for Dragon / Penske Autosport as team-mate, Nico Muller, completed a top three that was covered by a mere 0.050s margin.

Pascal Wehrlein emerged as the lead Porsche driver with the sixth-fastest time to place ahead of Sunday pacesetter Alex Lynn who, with his best lap from Day 2, was seventh overall for Mahindra Racing.