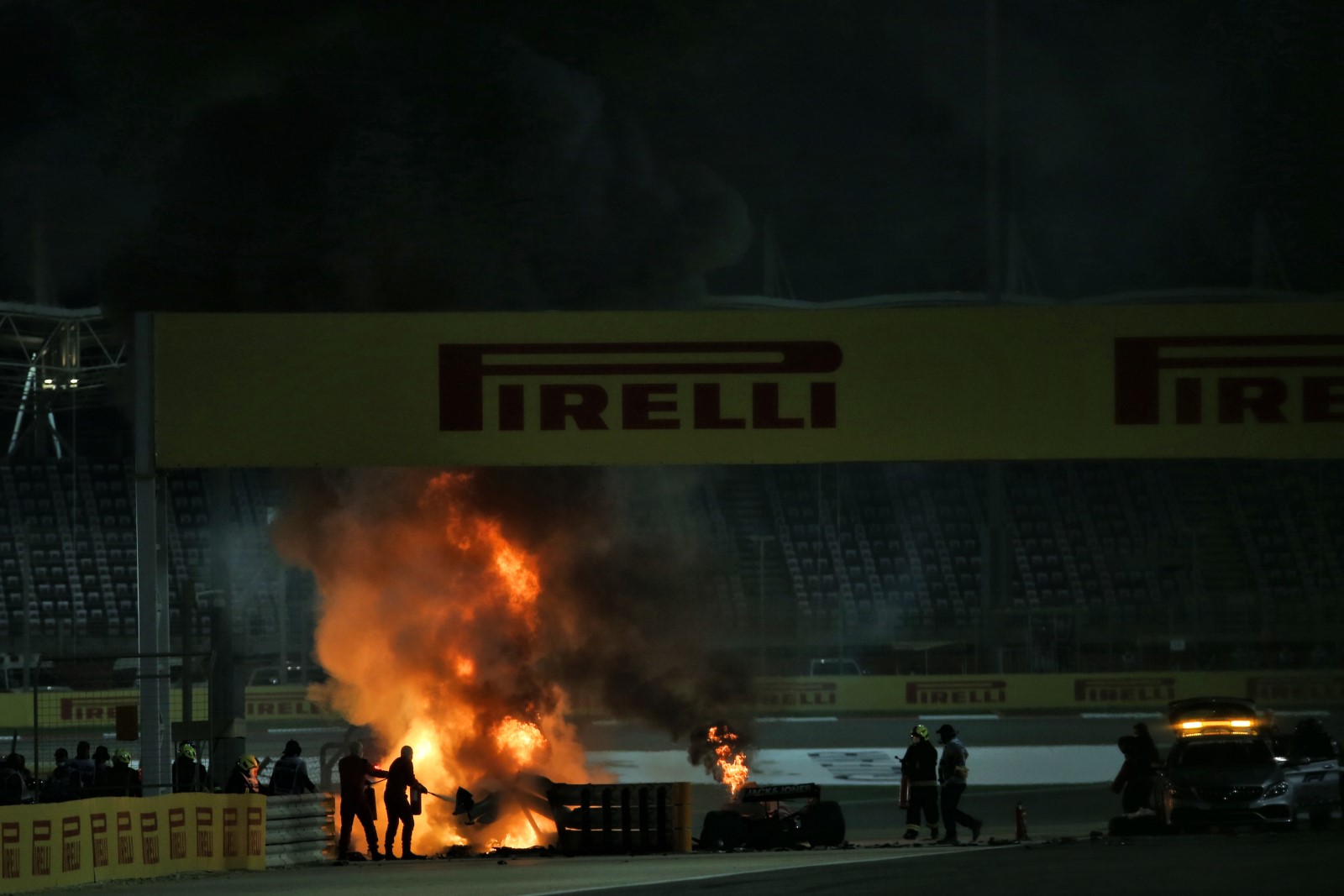 Romain Grosjean says he “saw death coming” and that the thought of his children propelled him to escape the burning wreckage of his Haas Formula 1 car.

Grosjean suffered a high-speed impact with the barriers at the start of the Bahrain Grand Prix that split his car in half, at which point it burst into flames, with the survival cell embedded in the Armco.

Grosjean managed to clamber free, having been in the flames for almost half a minute, at which point he was tended to by Formula 1’s medical crew.

He suffered minor burns to his hands but X-rays determined that he had no fractures and doctors expect him to be released from hospital on Wednesday.

“I don’t know whether miracles happen or whether we can use that word but I’d say this was not my time [to go],” Grosjean said in an interview with the French-language TF1/LCI network.

“It seemed a lot longer than 28 seconds. I saw my visor becoming orange. I saw the flames on the left-hand-side of the car.

Grosjean is father to three young children, Sacha (7), Simon (5) and Camille (2), and says they were in his mind as he tried to extricate himself from the car.

“I thought I needed to get out for my kids,” he said. “I put my hands in the fire so I could feel them burn on the chassis. Then I felt someone pull my race suit so I understood I was out.

“I think there’ll be a need to do some psychological work because I saw death coming.

“My five-year-old son is convinced I have super powers, that I have a magical love shield. He said I could fly outside the car. These words are very strong. My elder son is more into trying to understand what happened on a rational level and the youngest has drawn a drawing for Daddy’s hand injuries.

“I was more scared for my relatives than for me. My three kids are my biggest source of pride and energy.”

Grosjean again thanked well-wishers for their messages and confirmed his intention to compete in Abu Dhabi if he is fit enough.

“You have seen the images and even in Hollywood they can’t do that, the explosion, the car engulfed in flames,” he said.

“It felt almost like a second birth. I’ll remember for the rest of my life pulling out of the flames.

“A lot of people have reached out with messages of love. It was very moving and I sometimes have tears in my eyes.”