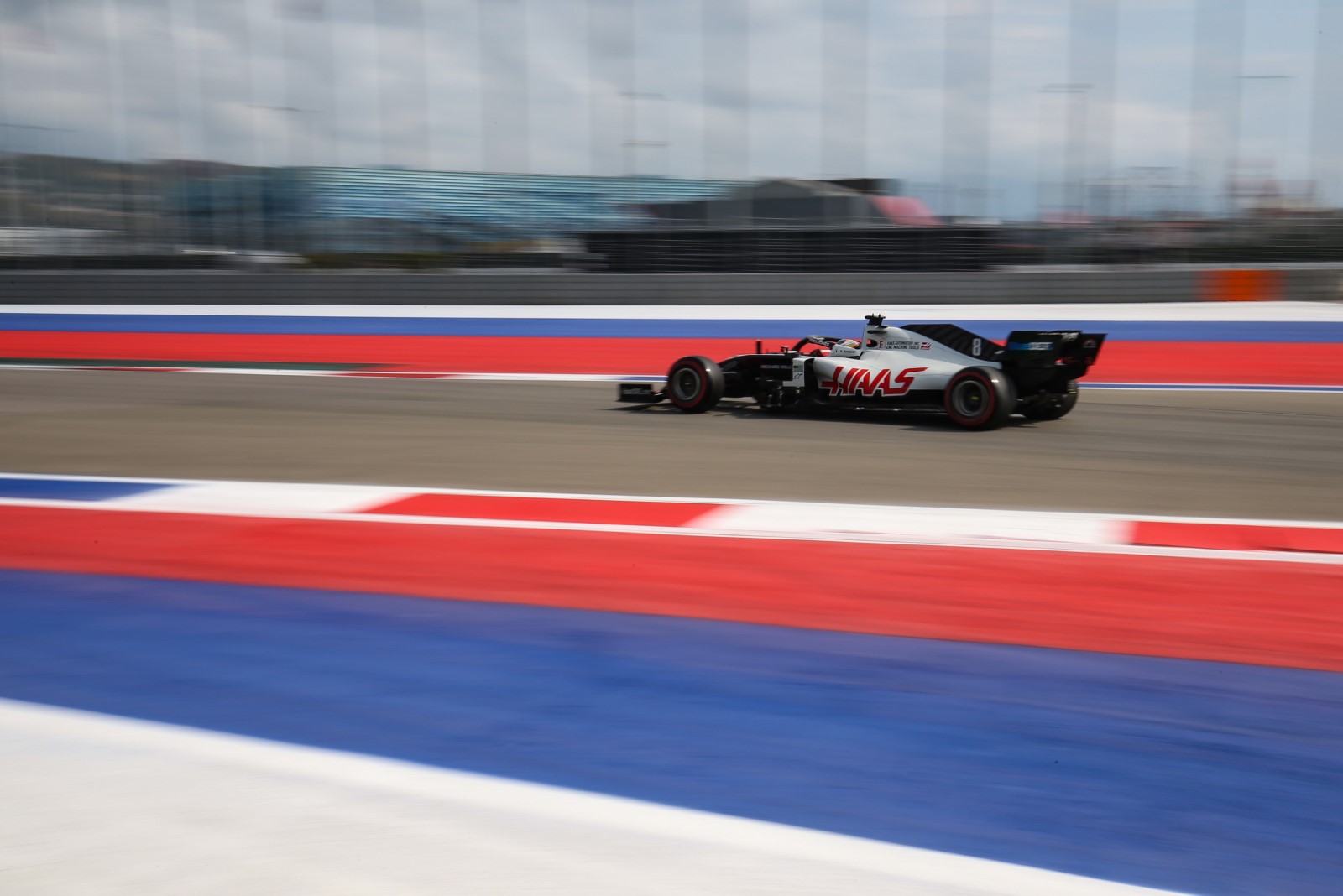 Romain Grosjean believes having to use old parts on occasion is hampering Haas’ already limited prospects in the 2020 Formula 1 season.

Haas has struggled for overall performance throughout the campaign leaving Grosjean as one of only three drivers – along with the Williams duo – yet to score a point.

Grosjean out-qualified team-mate Kevin Magnussen at Sochi but struggled throughout Friday practice and had similar issues re-appear in race trim, two-stopping on his way to 17th place.

Haas has opted not to bring any updates to its VF-20 in 2020 and while Grosjean feels base set-up progress is being made the use of older components is limiting potential.

“We had the Mugello crash where the car was totally damaged and we had to change a lot of parts and on Friday some were not working as they should have been so we changed [them],” said Grosjean.

“We are not developing the car so the more it goes [on] the more likely it is we go backwards if others are developing. We are going in a nice place to set it up.

“What happens is we’re running less often new parts than we would in a normal year and therefore when you have a crash the parts that were your best are destroyed.

“Then you go for the second-best and so on, and so on, so I guess that can explain a little bit of the inconsistency so far.”

Grosjean pointed to Magnussen struggling at the 70th Anniversary Grand Prix, after suffering floor damage in a first-lap crash at the British Grand Prix, as further justification.

“Kevin had one [event] in Silverstone when he was miles off,” Grosjean commented. “I felt the same on Friday [in Russia]; set-up wise and so on we’re getting the hang of it and doing a great job.

“But bear in mind this was the same car that was at winter testing in Barcelona.”

Gallery: Schumacher, Ilott and Shwartzman get a taste of F1 in Ferrari test
IndyCar reveals 2021 schedule without COTA, Iowa, Richmond