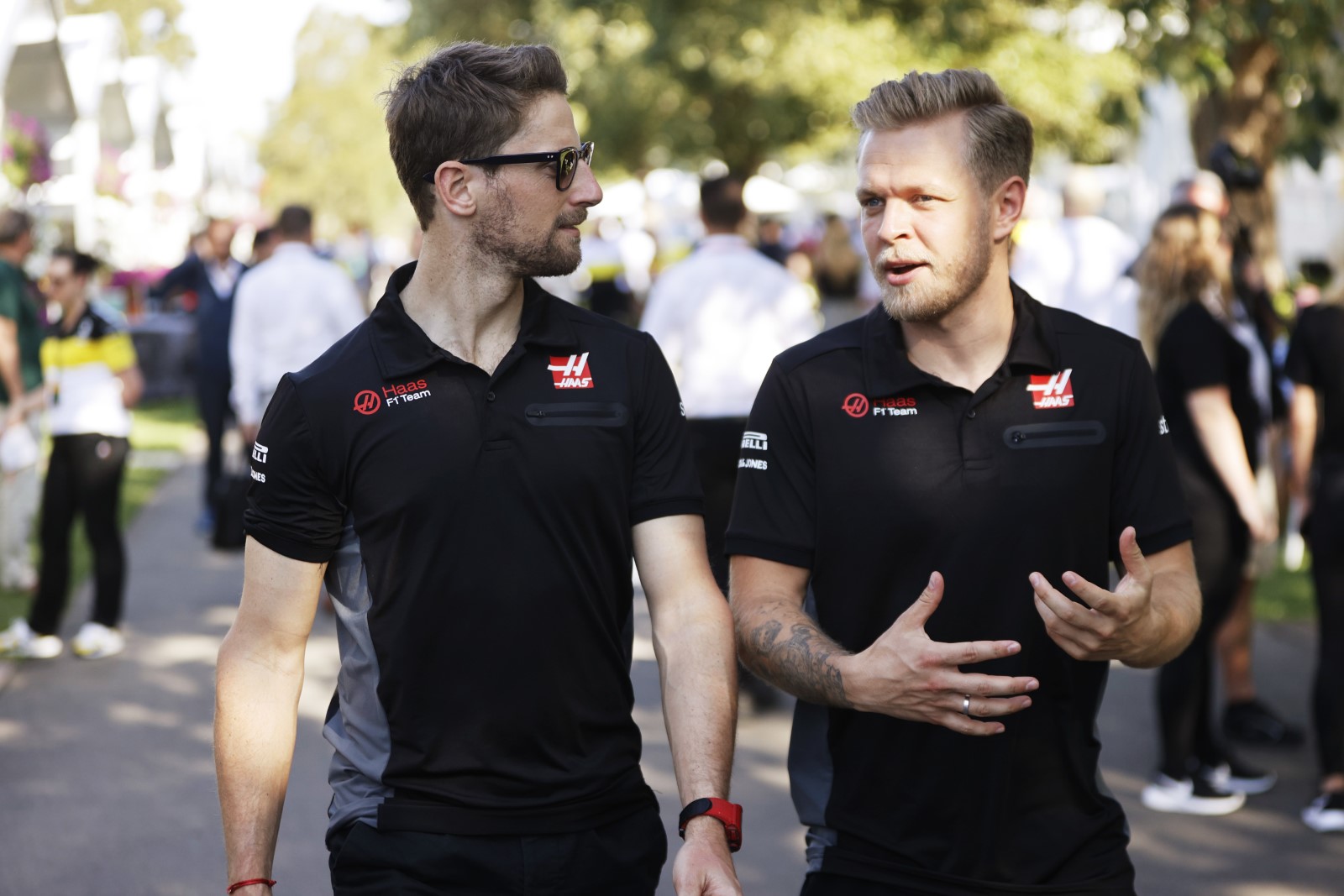 Romain Grosjean has announced his departure from Haas F1 Team at the end of the season while Kevin Magnussen is also set to exit the team.

Grosjean has been with Haas since its entry into Formula 1 in 2016 while Magnussen joined the squad a year later, replacing Esteban Gutierrez.

It is understood that Haas has decided to enter 2021 with a revised driver pairing for the first time in its history.

Grosjean announced his departure on Thursday morning and official communication from the team is expected shortly, with Magnussen also expected to exit the outfit.

Haas’ decision leaves Grosjean and Magnussen without a drive and neither is expected to remain in Formula 1 for 2021.

Grosjean has taken 10 podium finishes across a 177-race career with Renault/Lotus and Haas, while Magnussen scored his sole rostrum on his debut in 2014.

The Dane has started 114 races for McLaren, Renault and Haas.

“The last chapter is closed and the book is finished,” said Grosjean. “I’ve been with Haas since day 1. Five years during which we went through highs and lows, scored 110 points in 92 races, but the journey was worth it. I’ve learned a lot, improved to be a better driver as well as a better man.

“I hope I’ve also helped people in the team to improve themself. This is probably my biggest pride, more than any of the crazy first races in 2016 or the P4 at the Austrian GP 2018. I wish the team all the best for the future.”

Haas finished fifth in the 2018 standings but slumped to ninth last year, a position it currently holds, with only three points to its name, two courtesy of Grosjean and one via Magnussen.

Ferrari-backed Mick Schumacher, currently leading the Formula 2 standings, and on-track rival Nikita Mazepin, who comes with sizeable funding from his native Russia, are the front-runners for Haas’ seats.

Schumacher had been lined up to compete for Alfa Romeo but it is believed Kimi Raikkonen and Antonio Giovinazzi are poised to stay on at the Switzerland-based team.