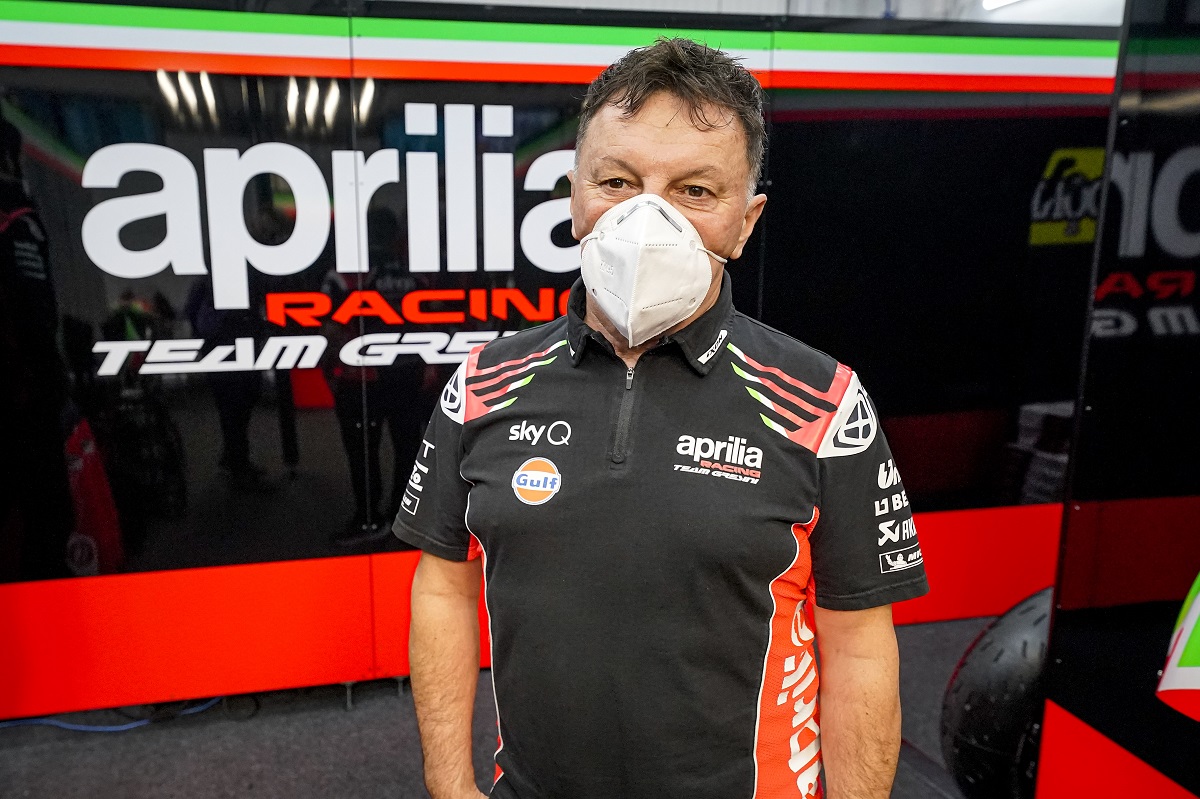 The Italian outfit released a short Twitter statement on Wednesday morning revealing Gresini had to be hospitalised on Sunday following a short self-isolation period at his home in Imola, though he has subsequently had to be moved to a specialist Covid-19 ward at the Maggiore Carlo Alberto Pizzardi hospital in Bologna on Wednesday as his condition worsened.

The team stated that further updates will follow regarding Gresini’s condition in due course.

Gresini is the latest high-profile member of the MotoGP paddock to be struck down by the Covid-19 illness following the likes of seven-time premier class champion Valentino Rossi and newly-signed Pramac MotoGP racer Jorge Martin both having to miss a pair of races each after contracting the virus.

Tech 3 KTM’s Iker Lecuona was also forced to skip the final three races of ’20 after testing positive for Covid ahead of the European Grand Prix, while Moto3 title contender Tony Arbolino had to miss the Aragon GP after having to self-isolate due to being in contact with an individual that had contracted the disease.

Gresini announced only two weeks ago that his long-standing MotoGP squad would return to independent status for 2022 after long-term partner Aprilia elected to change its plans after next season, the Italian marque likely to take its premier class programme in-house going forward.

While not revealing what machinery his team will run in ’21-with an Aprilia satellite programme still a possibility alongside a return to Honda equipment the organisation utilised for well over a decade-Gresini did reveal that he had signed a deal for his squad to remain a part of MotoGP competition until at least the end of the ’26 campaign.