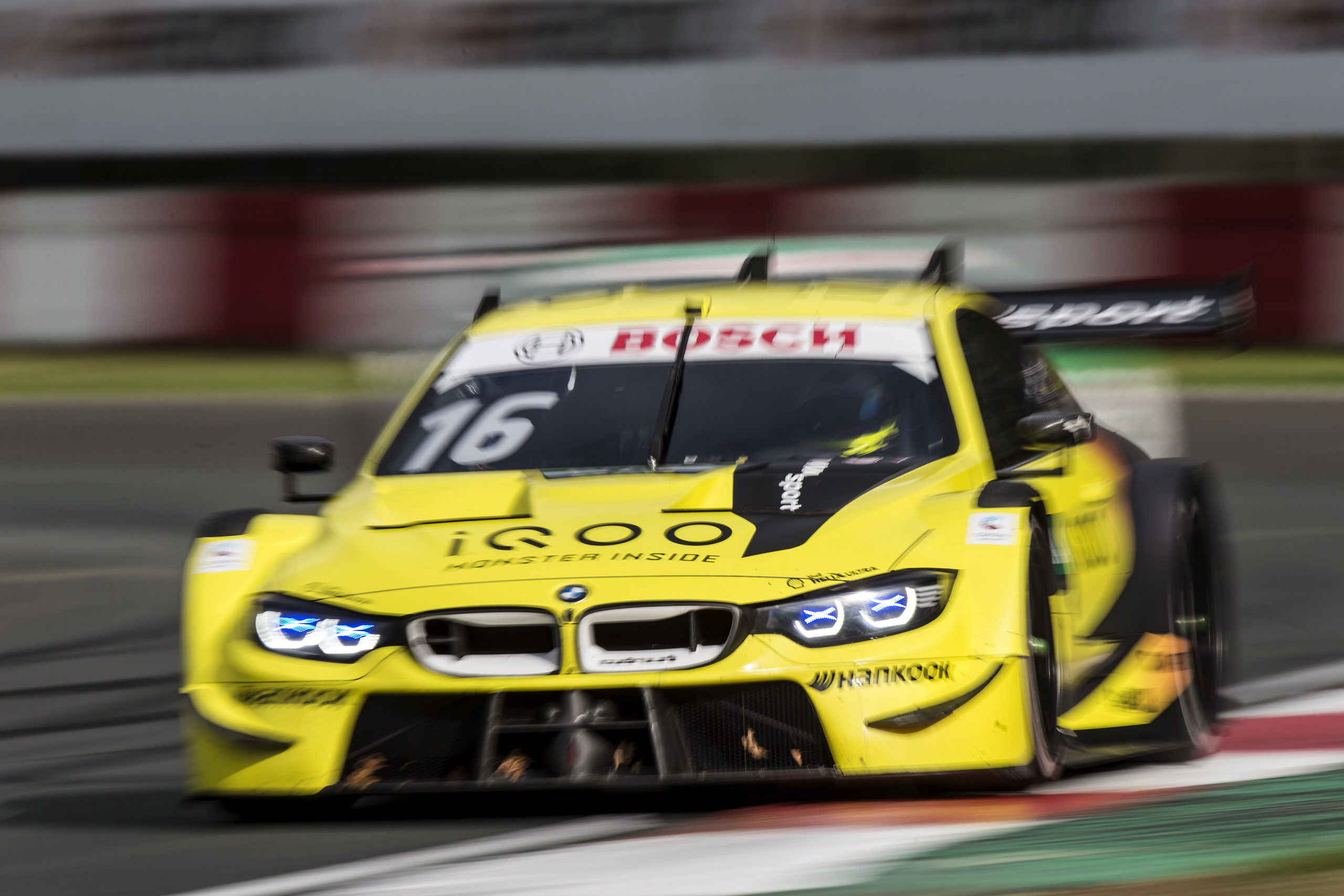 The pair snapped a dominant qualifying streak for Audi, which had seen the Audi runners take pole position for the last twenty consecutive races.

Glock made his way to the top of the timing sheets in the second half of the session with a 01:28:960.

He was joined on the front row in the dying seconds of the session by Sheldon van der Linde, who came just 0.023s short of pole. For Glock, it is his first pole position since the Hockenheim season opener in 2018.

Rene Rast was the best-placed Audi driver in third place, while Ferdinand Habsburg did well to get his Team WRT Audi RS5 DTM onto the second row with fourth place.

Jamie Green and Mike Rockenfeller took fifth and sixth respectively, while title rivals Nico Müller and Robin Frijns both struggled throughout the session. Müller could only manage seventh, while Frijns qualified eighth after a trip through the gravel.

After a strong showing on Saturday, Harrison Newey struggled down in fourteenth place, only ahead of Philipp Eng and Fabio Scherer.