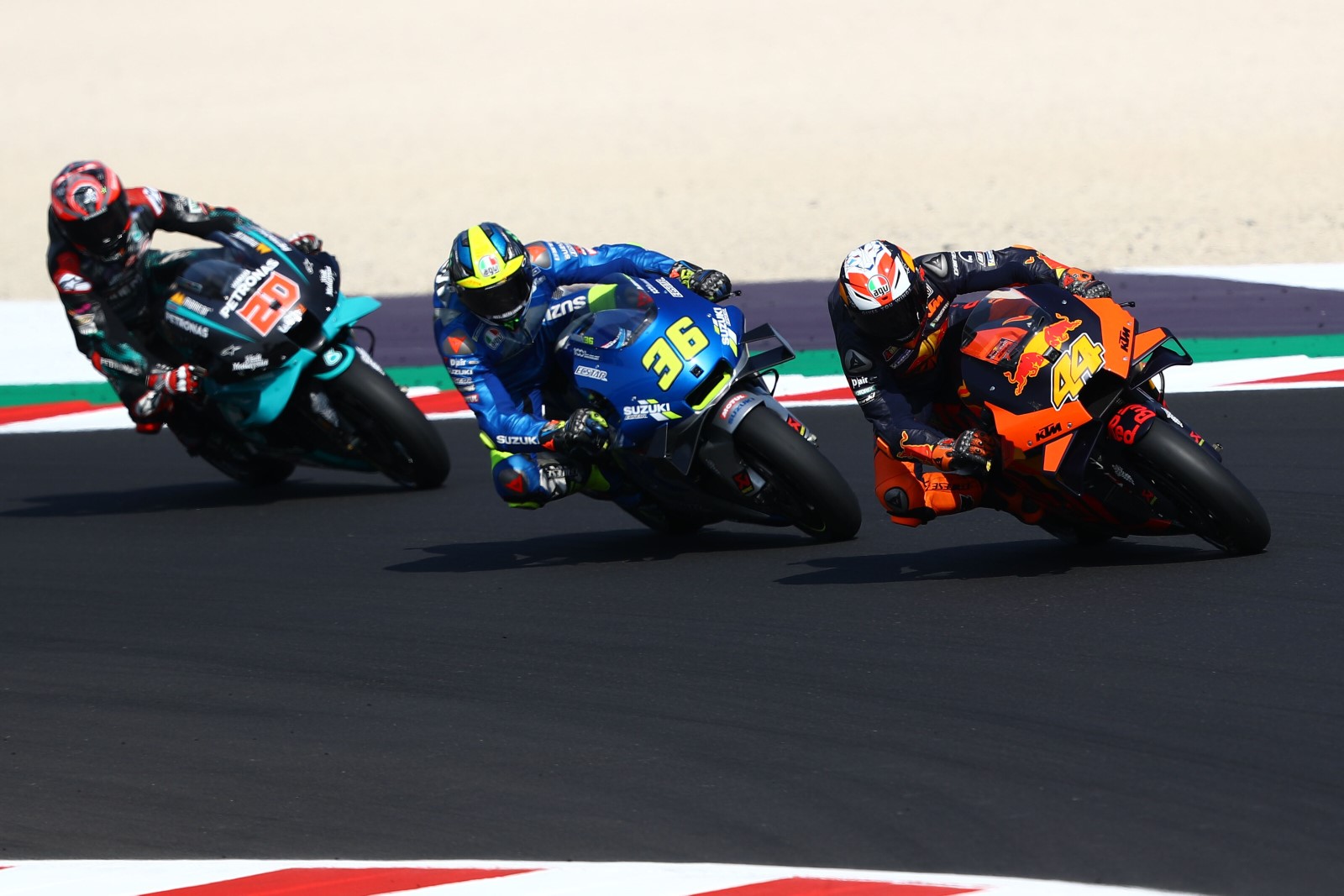 Pierre Gasly says he hopes Formula 1 can eventually have MotoGP-style levels of competition after new regulations are introduced from 2022.

Gasly claimed a shock victory for AlphaTauri at the Italian Grand Prix but that was the first win for a driver outside of Mercedes, Ferrari or Red Bull since the start of the hybrid era in 2014.

Six different riders from five teams have won a MotoGP race this season, including four first-time winners, with reigning champions Repsol Honda yet to triumph amid Marc Marquez’s injury-enforced absence.

Several riders remain in contention for the overall title, with three-time winner Fabio Quartararo only eight points clear of Joan Mir, while Maverick Vinales and Andrea Dovizioso are within a victory of the Frenchman.

Formula 1 is set to introduce revised technical regulations from 2022 aimed at enhancing the spectacle and reducing the impact of dirty air.

A budget cap will also be in place from 2021 onwards in order to level the financial playing field between the 10 teams.

“I do hope we can see something a bit similar to MotoGP, where my good friend Fabio Quartararo, for example, is in private team that can fight for championship,” he said.

“He’s doing some pole positions and winning some races.

“So, yeah, I think that will be amazing if we can see something similar in Formula 1.”

Gasly was responding to a question posed by MotorsportWeek.com concerning whether he felt AlphaTauri could be legitimate contenders under new regulations.

“I think we should not underestimate the knowledge all the top teams have developed over the last few years, all the facilities they have built, that is something that they have already,” he cautioned.

“You know, it’s not a short-term project. It’s a longer one. So, yeah, obviously, I’m quite optimistic in… I think the team is going to get stronger relative to the others.

“How far? I think it is too early to say. But I will be surprised if from 2022 we’ll already see the top teams mixed within the midfield teams.”