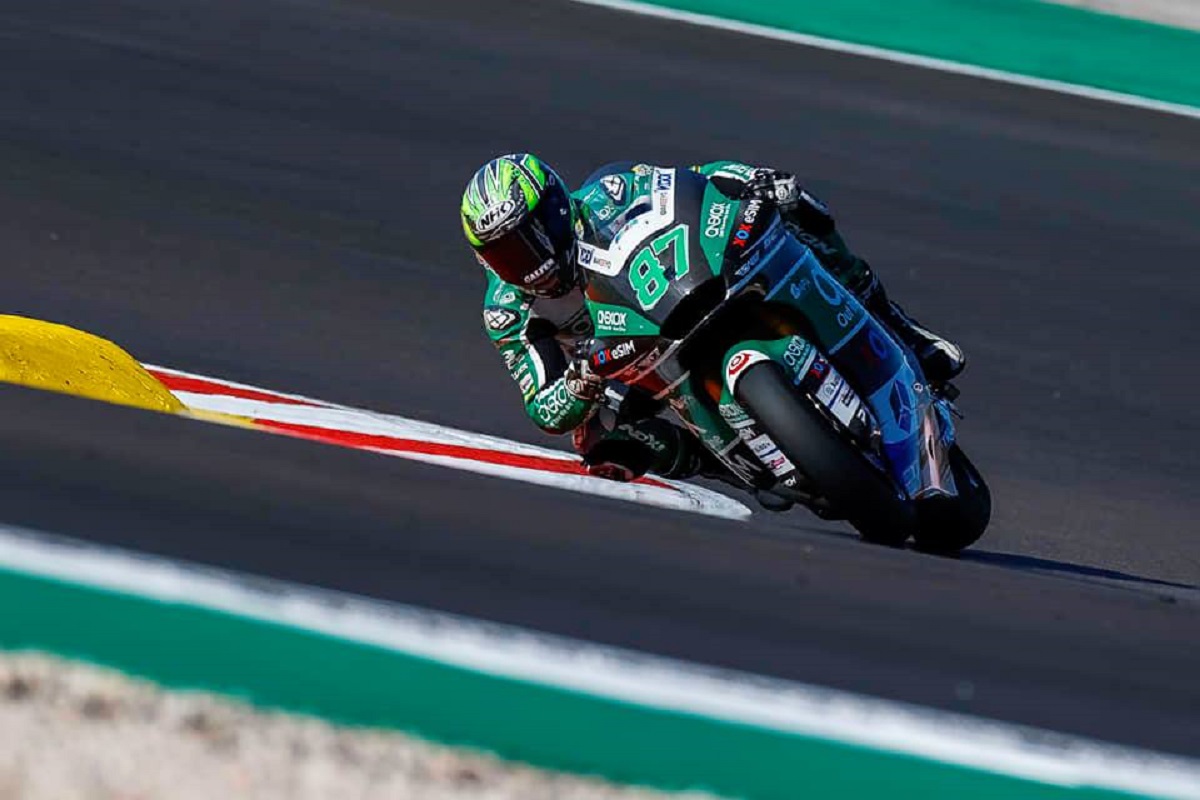 Remy Gardner snatched victory away from Luca Marini toward the end of the Portuguese Moto2 contest to secure his debut win in the class, while Enea Bastianini secured the riders championship.

Gardner made a strong start from pole to lead the field across the opening segment of the Portuguese Grand Prix, building a lead of more than a second as Bastianini defended from his charging title rivals behind.

The Italian was ultimately dispatched by Marini after a few tours, while he dropped to fourth as an injured Sam Lowes slid past a few corners later.

The duo then quickly closed down the SAG rider’s slender lead, Marini moving ahead of Gardner after slipstreaming by on the run to Turn 1 as the race passed a thirds distance, Lowes following through seconds later.

The Brit did all he could to try and pass the leading VR46 machine with Bastianini having since falling to sixth, a win all Lowes needed to become the first British motorcycle grand prix world champion since Danny Kent’s Moto3 success in 2015.

The Marc VDS man failed to find a way past the metronomic Marini though, ultimately dropping back behind a recovering Gardner after making two major mistakes, his hand injury likely starting to pain him.

Gardner posted a brace of fastest laps as he closed in on Marini, the Aussie keen to finally score his first intermediate class victory in his final race with the SAG squad.

He stalked Marini over the final segment of the encounter, eventually making firing his way past with a bold move into Turn 3 with on the penultimate tour.

He managed to put daylight between him and the all-black VR46 machine across the remaining few miles of the Portuguese GP, taking the chequered flag in fine style 1.6 seconds clear of Marini, with Lowes hanging onto as rostrum finish in third.

The second Marc VDS bike of Augusto Fernandez was eighth after the Spaniard faded from podium contention late on, while Lorenzo Baldassarri and Xavi Vierge completed the top ten.

Aron Canet secured the rookie of the year accolade after chief rival Hector Garzo crashed out of the race early, the Aspar rider crossing the line only 15th after taking an early double-long-lap penalty.

Speed Up’s promising day once again as both its riders crashed out early on, Fabio Di Gianantonio sliding out at the first corner after clattering the inside curb as the race began-taking out Gresini’s Nicolo Bulega in the process-while Jorge Navarro went down several laps later.