Gallery: Schumacher, Ilott and Shwartzman get a taste of F1 in Ferrari test 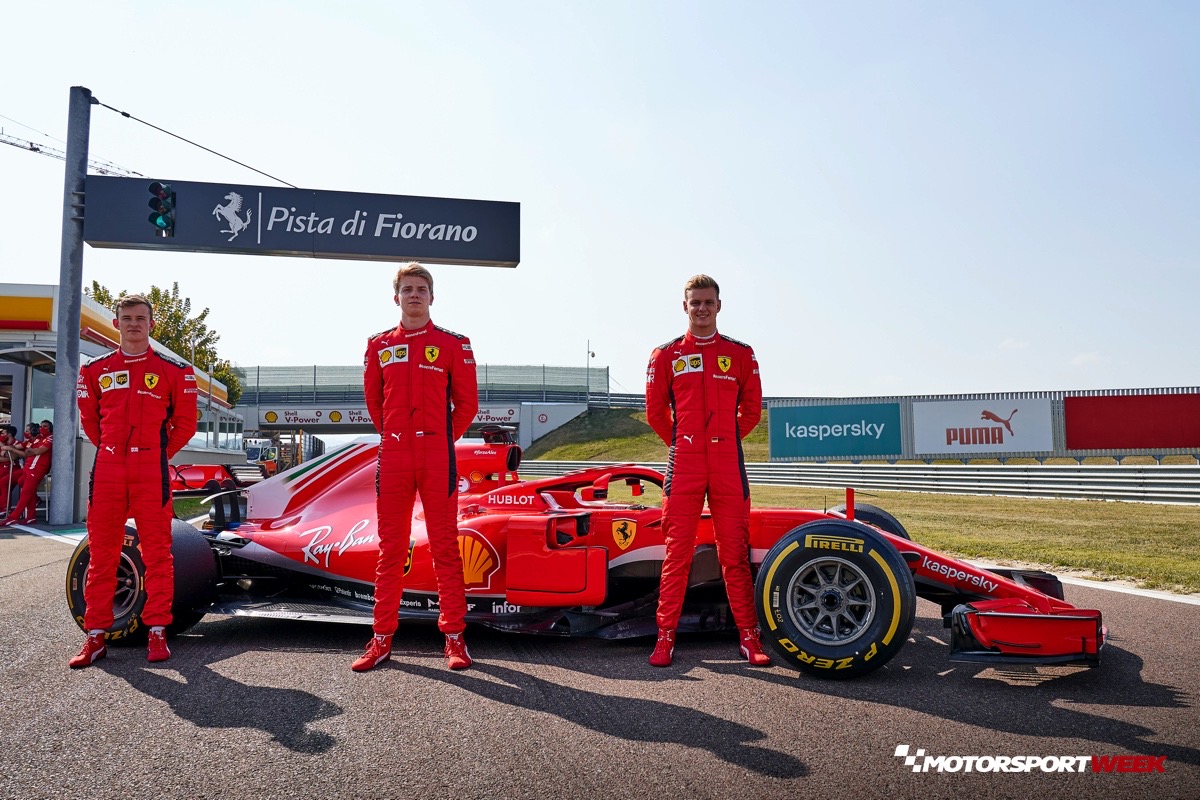 Ferrari put three of its most promising Ferrari Driver Academy (FDA) drivers through their paces on Wednesday during a test session at Fiorano.

Callum Ilott, Mick Schumacher and Robert Shwartzman all got the chance to get behind the wheel of a Ferrari SF71H, which competed in the 2018 season.

The Formula 2 trio will all make their F1 debut this year during Free Practice sessions, with Schumacher and Ilott taking part in FP1 at the Eifel Grand Prix next weekend with Alfa Romeo and Haas respectively. Shwartzman meanwhile will get his first run in Abu Dhabi.